Andy Serkis made his name playing digital characters in films such as Gollum in The Lord of the Rings and Caesar in the Planet of the Apes reboots.

And so it is fitting that Serkis’ digital effects studio, The Imaginarium Studios, and an independent UK developer, The Imaginati Studios, are creating a new video game based on the new movie series, dubbed Planet of the Apes: Last Frontier.

The new title debuts this fall on the PlayStation 4, Xbox One, and PC. I got a preview of the game and then I interviewed Martin Alltimes, CEO of the Imaginati Studios. The game features realistic digital animated characters that look exactly like the apes in the films. I was stunned at how good both the facial expressions of the apes and the humans in the game looked.

Alltimes showed me a demo of the game, including a part where you have to decide as apes whether to attack a human farm, and another part where humans have to decide whether to torture an ape captive. In the game, multiple players can vote on those decisions through PlayLink, which is an app that enables players with smartphones join in a PlayStation 4 game. 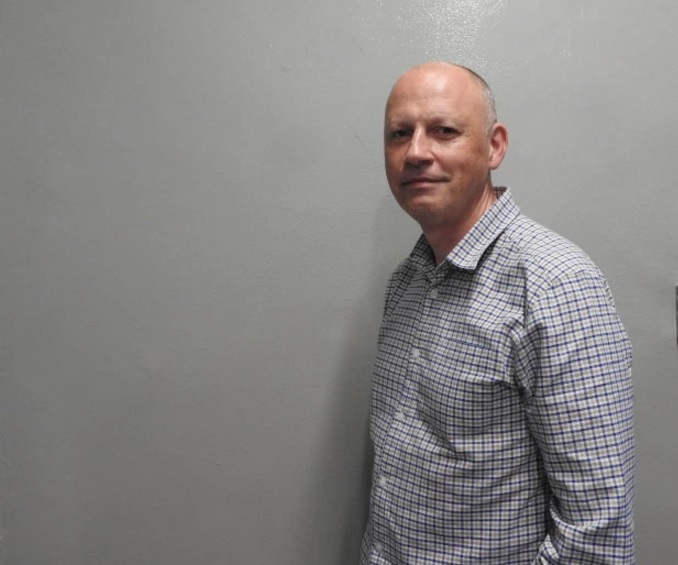 Above: Martin Alltimes, CEO and founder of The Imaginati Studio, which is part of Andy Serkis’ movie company.

GamesBeat: Tell me about yourself.

Martin Alltimes: A little bit of background on myself and how we ended up making this game. I’ve been in the games business about 25 years. I started at Sony Computer Entertainment in 1994, employee number 23. I worked almost exclusively with external dev teams. I signed Guerrilla Games at Sony. I went to Eidos and signed Just Cause. Then I went to work at Disney, where I worked on a ton of licenses, and was also responsible for the acquisition of Climax Racing, which became an internal studio called Blackrock.

Toward the end of my time at Disney I started to question what I wanted to do next. The amount of time it took to develop games, even in the last generation, got to a point where you had to start questioning whether that was a valuable use of your time. We had two massive Marvel intellectual properties, and they took 18 months just to get into preproduction. When you look at the development cycles for games today—Horizon: Zero Dawn was about seven years? And you’re investing $100 million to $150 million, movie budget money.

I was becoming increasingly more interested in the indie scene, which seemed to be where all the innovation was happening. You can set up as an independent developer and distribute your product globally. The technology is now so mature—we use Unreal 4 out of the box. We have three coders, a very limited engineering force. If you’re working on an internal project you might need 15 or 20 of those people full time, the most expensive people. Half your development time could be spent waiting for technology to turn up. Using something like Unreal, you’re in production on day one. All the things that were negatives in the past are now positives.

GamesBeat: How big is your team now?

Alltimes: About 30 people. We started from scratch, in January of last year, with two people. Now we’re full up. That includes the VR project. I knew what I wanted to do, but then what sort of game did I want to make? Heavy Rain was my favorite game of the last generation. I thought what they were doing was really innovative and ground-breaking, removing the usual skill-based mechanics from a game and focusing purely on story. I guessed, correctly, that with the graphical power of these new consoles, you’d be able to get really lifelike performances using digital characters. We could use the same technology as they use in feature films.

I was telling this story to someone at GDC many years ago, and he said, “Well, as it happens, I know someone who’s representing Andy Serkis’s company, the Imaginarium. Maybe you should talk to them about doing something in video games.” I went over there and told them—Andy’s company is really set up to do movies. I said, “You shouldn’t put your money into movies. You should put it into video games.” It wasn’t so straightforward, but after some time I convinced them they could it. We raised the money and got Fox to give us the license. That’s how we ended up making this game.

Above: Planet of the Apes: Last Frontier has very realistic animated apes.

GamesBeat: How is Imaginarium involved now?

The first one is, I wanted to make the interface really simple. Heavy Rain is the first game I’ve played that my partner sat down and watched. Normally she walks in, sees the thing, says, “Those are nice graphics,” and walks out. Heavy Rain, she sat down and watched me play. She was interested in what happened to the characters. But she had never used a PlayStation controller, so I wanted to find a way to broaden the audience for this beyond traditional gamers.

I simplified the choices from four to two. If you’re like me, you barely get to the end of reading four choices before time’s running out. Often there aren’t really obvious differences between choices. But the really big decision we made was to remove direct control of the player characters. This game plays like watching a movie, but a movie where you get to choose what happens next.

Freeing that up meant a couple of things. The pace at which choices are made is much faster. The pace of the game is naturally faster, because you don’t spend time walking around an environment trying to figure out what to do next. Every scene flows into the next one and moves the plot forward. A couple of other consequences came out of that. We probably have as many choices as an eight- to 10-hour episodic game, but our game only lasts two or three. It’s designed to be played in a sitting, like watching a movie. The second thing, if you’re not in direct control of the character, more than one person can play the game together. You’re voting on the choices. The game can be played by one to four players.

The way I try to explain this to people—if you think about how many consoles sit in people’s living rooms, a common space, they’re still often played by only one person in the house. That’s my life. That’s the reality for a lot of people who grew up with video games. So by having this super accessible interface and allowing people to vote, we allow you to play with gamers, non-gamers, people of all ages. It opens up the audience for this type of experience.

Alltimes: Ours is designed to be an on-the-couch experience. It’s meant to be played with people in a room. It’s human-scale. It’s designed to be intimate. That’s the philosophy.

The other thing we wanted to do, which was a result of the IP, was we knew that if we put you in charge of the apes–the apes are the heroes of the movies. So the dilemma becomes, what do you do with the humans? Guess what, it’s called Planet of the Apes, so we’ll just kill the humans. We took inspiration from Dawn. That movie is very nuanced in terms of the characters and their motivations. They’re not black and white characters. Koba, who’s a bad ape, does what he does because he’s been tortured by humans all his life. That’s why he doesn’t trust humans, and why he incites violence against them.

Similarly, the humans—like I say, humanity has been wiped out. These humans are living on the edge. They’ve had their friends and loved ones killed. Anything that threatens their survival, they’re going to react against it, and sometimes not completely rationally. We wanted to take that idea. In our story, you play as both a human leader and as someone who’s part of the ape tribe.

Above: Can you make a better decision than an ape?

GamesBeat: Which platforms are you on?

Alltimes: PlayStation, Xbox, and PC. The other thing that happened was, we were talking to Sony about what we were doing. Around February of this year they showed us their new initiative, PlayLink. PlayLink enables you to use a mobile phone to replace a PlayStation controller. We thought that was brilliant, because everyone has a mobile phone. It’s not like Kinect or EyeToy or any of these other gadgets where you have to go out and buy out a bunch of new kit to make it work. Currently, exclusively on PlayStation, we support that PlayLink functionality, which is what the demo will show you. We support ordinary controllers as well, but the idea is that you can play it with people who don’t normally play console games.