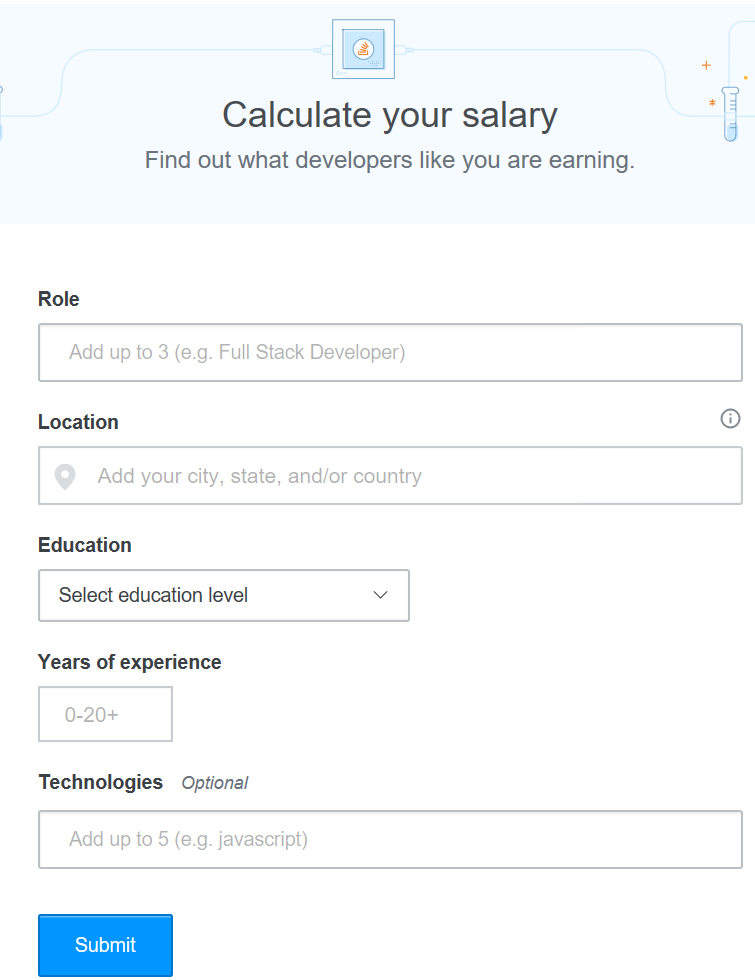 So the team concluded that a salary calculator would best differentiate its developer jobs board from the competition.

Based on location, education, experience, and other information you enter, the calculator reports a 50 percent prediction interval, meaning half of the people with the same characteristics as you have salaries within that range. Spanning the 25th to 75th percentiles, the interval gives you a range of expected salaries. Salaries in the calculator are reported in the local currency for each user. 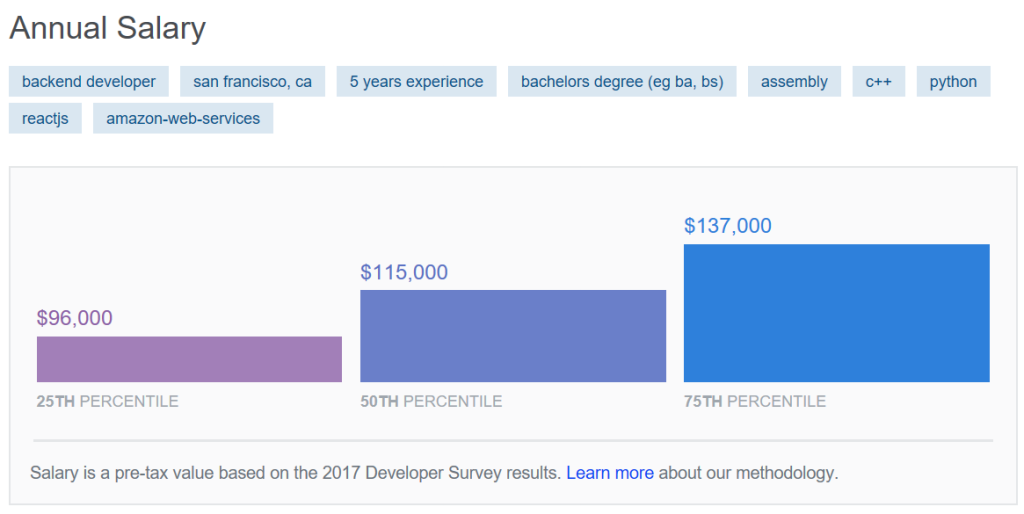 The salary calculator is based on data from the Stack Overflow Developer Survey, which saw some 65,000 respondents this year. Of those, only 3,000 offered their salary and happened to work in the first five countries the calculator supports (Canada, France, Germany, the U.K., and the U.S.), Stack Overflow data scientist Julia Silge told VentureBeat. 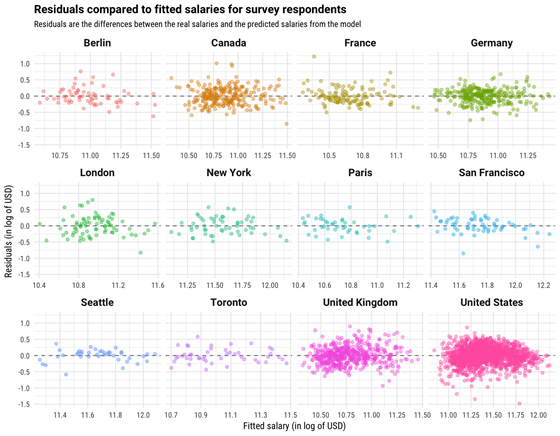 This matters because location is the first and arguably most important factor for the calculator’s results. Stack Overflow is exploring how to best add support for more countries, but that’s not as easy as it may seem since data can vary within countries. Developers typically have higher salaries in cities with high housing costs, for example. 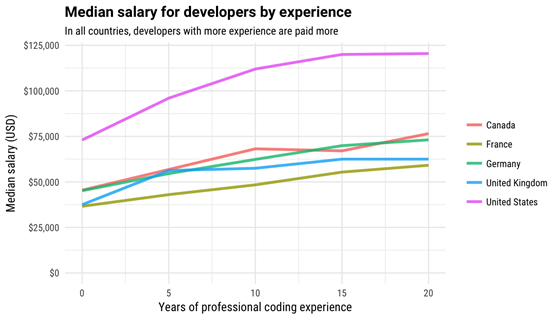 To factor this in, Stack Overflow used IP addresses to geolocate survey respondents. The company didn’t include this personally identifying information in the public release of its 2017 survey, but it did assign separate predictions to cities with many developer respondents sharing salaries that were extreme compared to the national average.

The last two factors are also important. Developer salary depends on developer role and type, as you can see below. 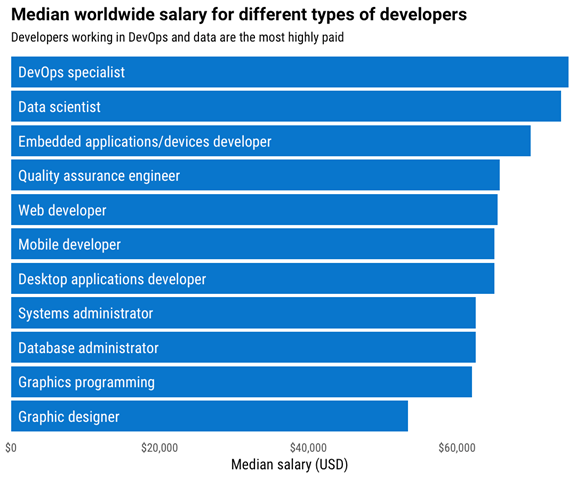 Staying current with high-demand technologies matters, while broadly used technologies do not increase salary significantly. This year, for example, Stack Overflow noted a significant increase in salary for developers who use React.js or AWS professionally, while identifying as a JavaScript developer isn’t a significant predictor of salary.

This is just the first version of the calculator. Stack Overflow is asking developers to share their salary directly in the tool — the company promises your salary information will only be used to improve the model’s predictions and will never be shown on your public profile or shared with employers. Companies can also use the calculator to learn more about industry salary ranges and the competitive marketplace for developers’ skills.

“We believe strongly that more transparency and more information is empowering for both sides,” Silge explained. “We want developers to use it as a way to find out what they could be making and we want our clients, who are companies [that are] hiring, to be able to use it to understand what would be normal for them to be paying. We want it to be a two-sided tool.”