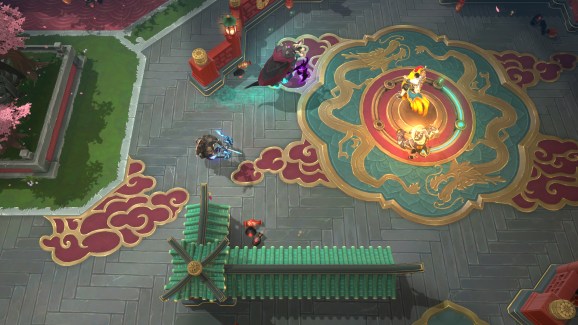 Indie studio Stunlock Studios announced today that Battlerite is getting an official release on November 8. The PC arena brawler, which is in Early Access, will be free-to-play at that point.

During Early Access, Battlerite cost $20 on Steam. But it’s not unusual for games planning to go free-to-play to charge in this process. Although it’s still in development, Battlerite has already had 1 million downloads. That may not make it as big an Early Access success as juggernauts like PlayerUnknown’s Battlegrounds, but it’s sill an accomplishment. And the Early Access period gives studios a way to test a game while still making money and attracting an audience.

Battlerite is similar to multiplayer online battle arenas (MOBAs) like League of Legends and Dota 2. However, Stunlock’s take focuses more on combat. It’s games are quicker and feature more action.

Leading up to the official release, Battlerite is adding a new user-interface and an unannounced game mode in October. In November, Stunlock will add a new champion, more than 200 new in-game items and cosmetics, and new music.

If you want to try Battlerite before the release, the Early Access version is hosting a free week from September 25 through to October 1.