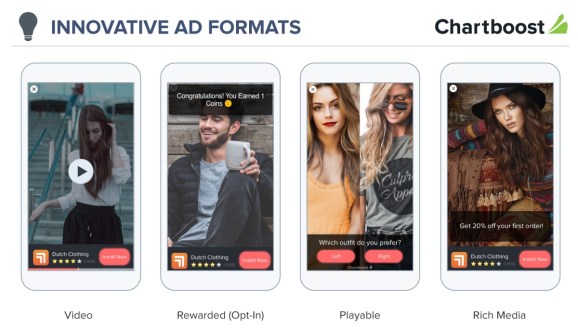 Chartboost enables game developers to use all sorts of mobile ads.

Chartboost has created marketing tools for mobile game developers since 2011, and today it is launching its Chartboost Exchange, giving developers and brand advertisers access to new kinds of automated advertising tools.

“Game developers should care because it impacts their revenue: overall, they’ll have an opportunity to make more with Chartboost Exchange,” said CEO Chartboost Maria Alegre in an email to GamesBeat. “Programmatic changes how the money flows, or more specifically, through what kind of buyers does it flow. Game developers will have to evaluate their ad tech partners thinking about who can empower them with the right tools in the new programmatic world. That’s why Chartboost Exchange is great for developers who care about both their revenue, and the game experience.”

Roughly 69 percent of U.S. mobile phone owners play a game once a month. Today’s mobile gaming persona is diverse, mostly female, and between 35 and 44 years old. And 47 percent of gamers spend three or more hours per week shopping online. That’s why brands and ad agencies are seeking out mobile gamers as targets for ads. 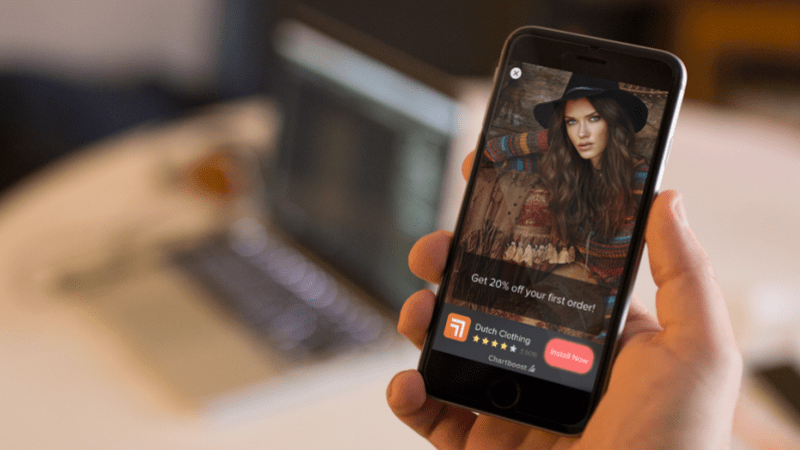 Above: Chartboost lets brands bid on ads in real-time.

The Chartboost Exchange reaches over 300,000 mobile games worldwide, with 1 billion active players who engage in over 40 billion monthly game sessions.

Chartboost offers a variety of in-app and innovative ad formats — like interstitial, rewarded, vertical video, and playable ads. Those ads have a high completion rate.

Chartboost Exchange rolled out in beta last month with demand-side partners CrossChannel, CrossInstall, Jampp, and PocketMath. Alegre said that programmatic advertising is a new paradigm for how mobile advertising is being bought and sold. For Chartboost, moving into programmatic is a huge step, she said.

“We are opening up our 800 million user audience for the first time to the world. This is for us a new way of doing business more focused on establishing the right partnerships that will help developers succeed vs. running a closed ecosystem,” Alegre said. “The focus is now set on the audience vs. the context. Advertisers are now partnering with us in an even stronger way to leverage their data to find their high-value potential customers and deliver to them a relevant message and a good user-experience leveraging the capabilities, high engagement of the in-app placements.”

And she added, “Our commitment to transparency now expands from game developers to ad tech in general. We have always believed that ad tech should be more transparent and we will expand our transparency practices to programmatic to raise the bar of what is expected, and build a better industry.”