For years, Bethesda has been making games for mature audiences that seem diametrically opposed to the audiences for Nintendo products.

But in the past week, Nintendo announced that Bethesda’s Doom and Wolfenstein II: The New Colossus are coming to the Switch, Nintendo’s hybrid portable and home console. In addition, Bethesda previously announced that Skyrim would also release on the Switch. The Switch’s success and Nintendo’s own journey suggest that the company is expanding far beyond the kids’ market, and that means mature titles like Bethesda’s games can find new audiences where none existed before.

At a recent preview event, I played Doom on the Switch and talked with Pete Hines, the vice president of marketing and communications at Bethesda, about the willingness to experiment. Beyond Nintendo, we also talked about Bethesda’s moves into virtual reality games. 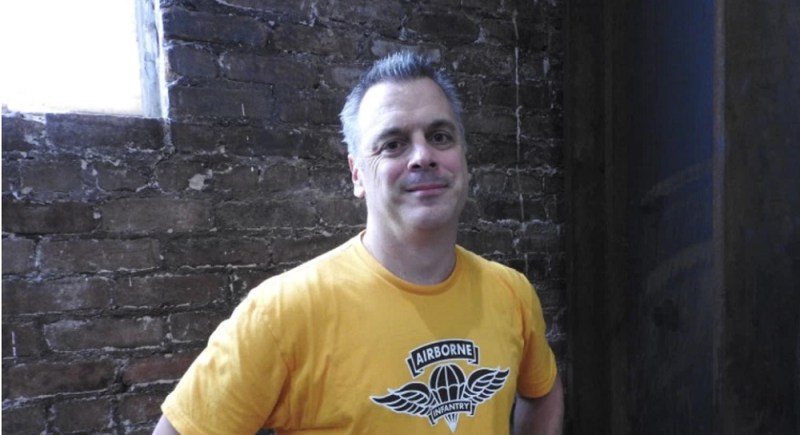 Above: Pete Hines is vice president of marketing and communications at Bethesda.

GamesBeat: The Switch games are getting close to ready, yeah?

Pete Hines: Right. We haven’t given out dates yet, but we will before long.

GamesBeat: There’s probably quite a bit of pent-up demand for something like this on a Nintendo platform.

Hines: We haven’t done anything on a Nintendo platform in forever. Breath of the Wild being the runaway colossal hit that it is, there’s certainly some belief like, “Hey, if you like open-world RPGs where you can explore and do what you want, Skyrim might be a good fit for you.” I don’t know what the exact size is, but some number of people who own Switches have never played Skyrim before. It’s a new thing for them, and for folks who have played the game, the ability to take it on the road—you’re going on a trip or commuting to work, it’s a great time.

And Doom is a completely different kind of game from what everyone else is doing. It’s a very visceral, violent, bloody, fun first-person shooter. We’re excited. They both have their place in what’s going on with that platform.

GamesBeat: Between Breath of the Wild and Skyrim, you might need only two games to fill a year with your Switch.

Hines: [Laughs] You get a lot of game for your money, that’s for sure.

GamesBeat: Was it difficult at all to get Doom to run on the Switch?

Hines: Probably no more so than any other platform. Every time you go to a new platform, there’s always going to be challenges in terms of how they do this or do that differently from the PC. But we feel like we have something that represents the game and looks really good. Some games may look as good as Doom on the Switch, but I’m not sure that anything looks better. It’s an impressive-looking game and it’s still really fun to play.

GamesBeat: When you put it on the big screen, you’re probably getting something that doesn’t look much different than elsewhere. 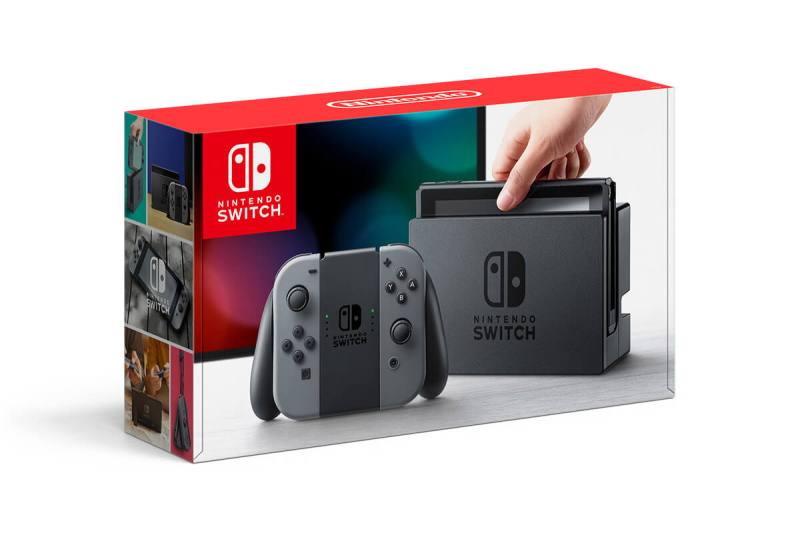 GamesBeat: With these games on these platforms, what are some of the expectations? Do you think these games can do just as well on Switch as the platforms they’re already launched on?

Hines: Certainly we think they can really well. What that means respective to the installed base or to other stuff—we’re not coming from the same place with Skyrim in terms of, “Everyone on this platform already knows the Elder Scrolls series.” There’s some amount of—this is new to folks. We have to introduce it to them and explain what it is. It’s the same with Doom. There is some crossover, but there’s also a new audience that isn’t sure what these games are. They haven’t played a Doom or a Skyrim. There is some education there as far as, “Here’s why these games are cool and fun.”

GamesBeat: Did you have any particular kind of conversation with Nintendo when you proposed this?

Hines: Honestly, it’s been a long series of them. They came out to see us before they unveiled the Switch to show us what the hardware was like, what they were doing with it. We’ve been in constant conversation with them, and not just about the two games we have now, but about our whole approach to the platform going forward – what we can do, best practices, what things are a good fit, what they’re excited about in what we’re doing. We’re obviously excited about these two games, but it’s not as if we’re going to just do these two games and that’s it. We want this to be the start of a relationship that we build with Nintendo and Nintendo fans.

GamesBeat: With the installed base growing at the rate it is, is it back to being as good a platform as any?

Hines: The thing we really like—a lot of us, myself and a good chunk of the folks here working this event, we all brought our Switches with us. We have them on the plane. That’s something you can do with that platform that you can’t do with others. I can play this home, but more important, I can take it with me to places I can’t take Destiny 2. I can take this on the plane, to my hotel room, on vacation. That portability, for those of us who live and breathe video games, is a pretty cool feature. 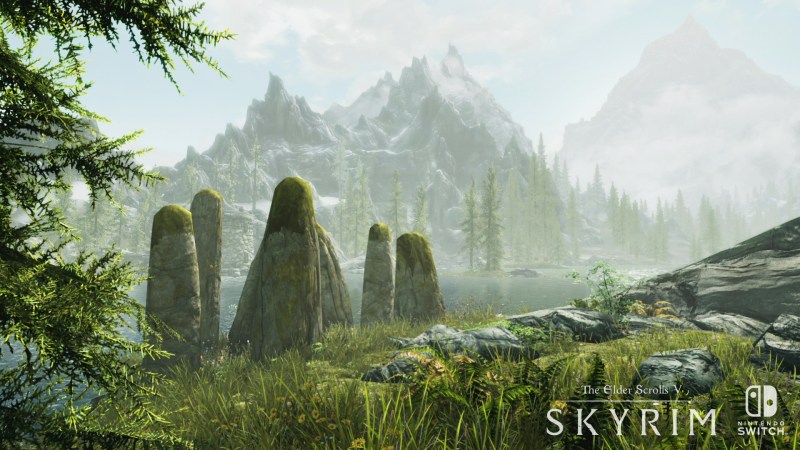 Above: Skyrim is coming to the Switch.

GamesBeat: What’s your thinking about the potential in your VR titles?

Hines: Obviously it’s something we’ve been investigating and working on for a while. With the titles we have announced, we’re taking two approaches. Two titles are, “Here are these big open world games that don’t really exist in VR.” There aren’t games that offer hundreds of hours of gameplay. But the way we build our games, doing the whole thing makes the most sense. We can’t just take a piece of it and carve it off and say, “Here’s three or four hours of experience.” Our games just aren’t built that way. The ability to take those and directly move them over, as folks may or may not know them, onto VR as a new platform was important.

In the case of Doom, that game was just too fast and aggressive. It doesn’t translate to VR. You can’t run around that fast and double jump and not throw up. It doesn’t work. So, how do we take the spirit and tone of that game and translate it to VR in a way that’s more controllable and manageable? That was where we landed on using teleporting and this whole idea of telefragging. Running up to demons nonstop and doing glory kills isn’t going to work, but you can replicate that experience of feeling fast and aggressive by using the teleporter and combining it with demons that have been damaged to slow the gameplay around, so it feels like you’re moving faster than them.

It’s pretty cool to be standing in a hallway with demons coming from both directions, and you’re looking this way to see what just roared over there, but you’re still firing in the other direction. That’s not an experience any other video game platform can offer. You’re always looking and shooting at the center of the screen. It brings a new element to experiencing the game.

GamesBeat: VR still feels a little fragmented as far as the different platforms. Does that give you any pause as to where you go from here? With the Switch, you figure you have a lot of games on that platform ahead of you, but with VR, it’s harder to tell what’s going to win.

Hines: Truth be told, it’s not all that different from developing for consoles. I remember working on a Dreamcast game that passed certification the day Sega announced they were cancelling the Dreamcast. It’s not like there hasn’t been risk in developing games for platforms like this. They can cease to exist. It’s happened before and it can happen again.

We’re going to continue to look at it much like we did with Fallout Shelter on mobile. We like to look at different things, whether it’s VR or mobile or whatever it is, as things the dev teams can consider as they think about what they want to do, what kind of experiences they want to make, and what platforms those are a good fit for, as opposed to, “Hey, now on top of these platforms you have to support VR with everything you do.” It’s more like, “If it seems like a good fit, that’s cool. If it’s not, that’s also cool.”

What shakes out amongst those different VR platforms is kind of out of our control. But we’re doing Skyrim for PSVR. We’re doing Fallout for HTC. We’re doing Doom across multiple platforms. We’ll see how things do on different platforms. Where is the audience? Do they gravitate toward certain games? We can learn a bit with what we’re doing and use that to inform the stuff we think about going forward. 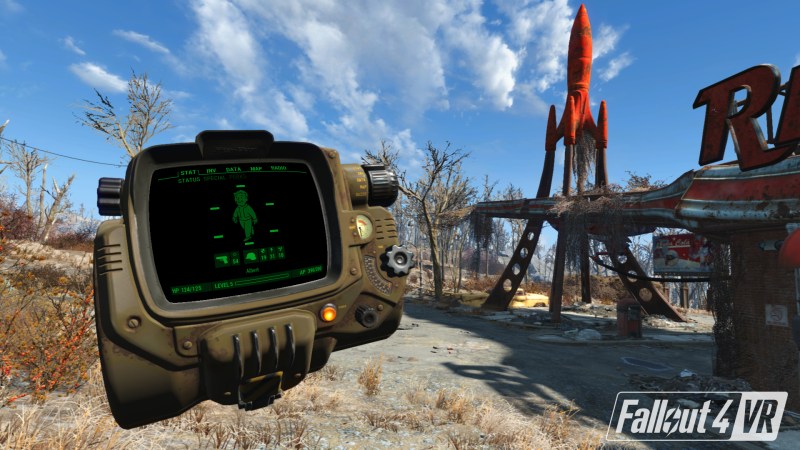 GamesBeat: You guys are doing well enough that you can experiment more, it seems like.