With exposure on Good Morning America and across the globe’s news media as the games industry’s ‘story du jour’ in 2013, Mike Mika was thrust into an unfamiliar role. He was the hero dad who had seen his daughter less inclined to play the legendary coin-op game, Donkey Kong, after playing other games where she could choose the character she wanted to play.

“Why can’t I play as her?” she innocently asked, pointing to Pauline.

For Mika, General Manager of Other Ocean, games industry veteran, and enthusiastic historian of all things videogames, the question struck a chord. As someone who had been making games for 20 years, the coder in him wondered “how hard would it be to hack Donkey Kong and make that change?”

“I sat down that night and started reworking the game and realized that I could swap the characters. So, with a little bit of artwork and changes here and there, I could make Pauline rescue Mario. By morning, it was working, and showed my daughter and she loved it,” says Mika.

While this feel-good story was news media gold, it actually symbolizes a deeper story that showcases the evolution of game theory for Mika. “What I realized was that this was important for so many people. They had always wanted more options, and I’d been looking at it with blinders on. It took seeing it through my daughter’s eyes to see what was desired. So, I made it a point, that in every game we make, you can play as whoever you want,” he says.

That’s recent history, but the Other Ocean story began in the early 90s when it was then known as Digital Eclipse. “It was built around the idea of making the first commercial emulations of classic arcade games like Joust, Defender, and Robotron,” says Mika. This move wasn’t about warts-and-all ports of the originals, but true emulations on the newer hardware, with added bells and whistles. 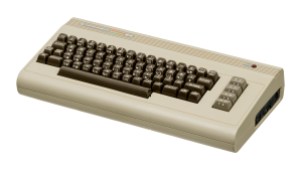 Above: The Commodore 64: “It had a huge impact on the games industry, how games were made, and how they were viewed,” says Mika.

It was the arrival of the GameBoy Color, a machine based on the same Z80 processor as the older machines, that allowed Digital Eclipse to carve out a valuable niche. “When everyone else was moving forward to PlayStation, we were saying ‘let’s do GameBoy’,” he says, and when that platform was a huge success “everyone had to catch up since we’d probably shipped 60 or so of these games.”

With growth comes new opportunities, and for Digital Eclipse it became Backbone, which then was consumed into the powerhouse that became Foundation Nine Entertainment. A sprawling organization sporting, at one point, some 1,200 employees worldwide isn’t always the ideal solution to attaining entertainment industry dominance. “A few of us started to peel off for something smaller,” says Mika, “so we started Other Ocean.”

The new focus was smaller games showcasing some of the traits of those Digital Eclipse games. In fact, Other Ocean recently acquired the DE name, under which to release those classic emulations. But the company would use its collective wisdom from past projects for its own original games.

For Mika, that also means identifying a unique space in the marketplace while most developers are chasing the new shiny thing bedazzling the industry. “Like with VR,” he says, “everyone started chasing that dream…but we ran from that to be an outlier.” His evidence of the value in finding an underserved niche comes in many forms, but offers Shovel Knight as an example. “Despite people looking to VR, it had a unique style and aesthetic, and as a result, gained a lot of attention.”

The challenge now is that while the barrier to entry has decreased, with free engines and direct-to-consumer digital distribution, the barrier to success has increased. “You need to find something different to get noticed. And there’s no magic bullet to doing that,” he adds. 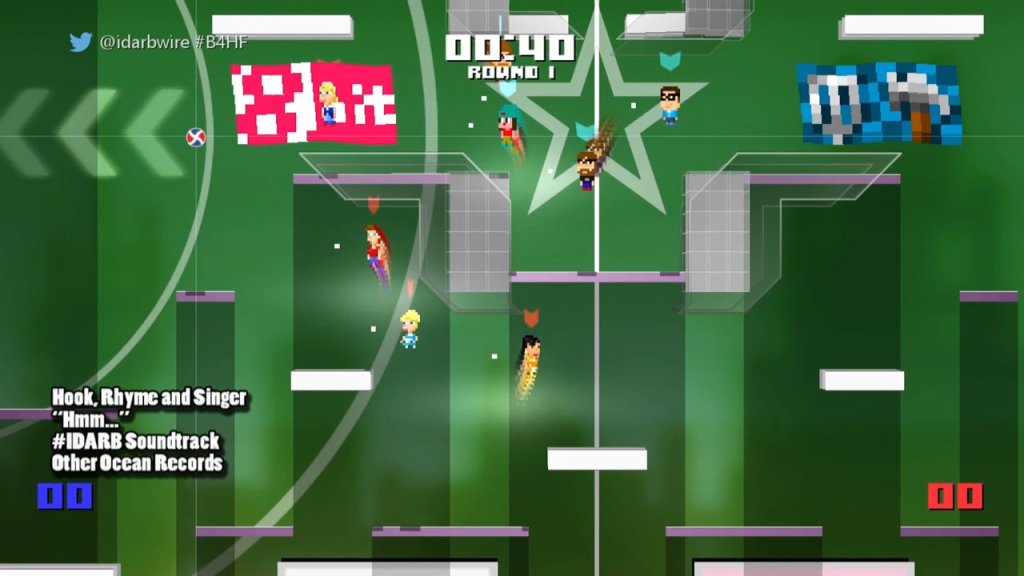 Above: Twitter integration allowing users to impact a match in progress opens a whole new level of interaction for all game types.

It Draws A Red Box

“it was a culmination of all the things we like in classic arcade games and our R&D projects,” says Mika of Other Ocean’s hit game. The critical and commercial success wasn’t a foregone conclusion. It was the integration of new ideas, of transparent development, that helped shape the game into what it would ultimately become.

“There was a moment during #IDARB’s development where we had basically created a Towerfall clone; everyone was running around shooting each other,” says Mika. “An idea came up asking why have everyone shoot? Instead, have a ball and teams and make it more a sports game. That changed the dynamic of the game immediately. Everyone could see right away that this was the better game, that it wasn’t like any other,” he adds.

This core change came about from a tight team having the ability to make quick changes and see the outcome. “From Monday to Friday the game can look or feel entirely different, and that can be incredibly rewarding,” he says.

This is particularly true when new technology opens fascinating opportunities. “We found out we could scrape Twitter and what we posted on Twitter would appear in the game in text. That led to asking ‘what if we put key words in the text that trigger things in the game?’ I remember going to a dev and watching a live game, and tweeting to that game session to turn the lights out. And the lights went out in the game… My mind was ready to explode. Anyone pulling out a phone anywhere, could interact…what if we have 30,000 people doing that within a game?”

Along the way, Other Ocean has positioned itself in a unique way among indie studios. It formed a quality assurance company called Sculpin to add an additional slice to its development studio and ongoing R&D as a unique selling point for potential clients. Adding these elements is designed to keep Other Ocean relevant in a rapidly evolving industry since chasing the aforementioned shiny new object can be difficult and expensive.

“You hear about a new technology and begin figuring out how to get in the room to talk about it when everyone else in the world is trying to do the same. So, you pick a horse,” says Mika of the challenges, “but often we pick a horse and it’s already dead by the time our game is done!”

“It’s frustrating…we’ve created really cool games, but we don’t own them; we’ve nearly gone out of business because of the investment needed…it’s the most dangerous part of what we do,” he adds.

For Mika and Other Ocean, that goes for VR and all its potential. “None of us have found the right idea yet,” he says. “VR itself is not a solution to a problem. AR, however, looks more like one.”

Wherever the R&D leads, and whatever classic games are emulated under the Digital Eclipse banner within Other Ocean, the lessons learned and being applied to new original games should benefit from the entire experience.

“It’s our mantra that we’re going to make games for everybody. And to be played on every device,” says Mika.

And maybe Good Morning America will want to talk about that in the future.