Like millions of other people, I’ve been playing Destiny 2, the sci-fi shooter from Bungie and Activision that debuted on September 6. I’ve been proceeding at a slow pace, but I’m enjoying myself a lot more than I thought I would when I first picked it up.

This is an important game for Activision, which also has Call of Duty: WWII during the fall selling season. And one of the big questions is whether Destiny 2 can lure over some of the dedicated Call of Duty players like me.

It is worth noting that I am not reviewing Destiny 2 for GamesBeat. Dennis Scimeca has already written a review for GamesBeat, ranking the game at 95 out of 100. I haven’t put nearly as many hours into this, but I’m lumbering along, and I’m sitting at level 14 and a Power ranking of 129. I’ve got a long way to go before I hit the level cap of 20 and the Power peak of 300.

But it’s a good sign that this is the farthest I’ve gotten into the series. I enjoyed the beginning because the story starts out in a very compelling way, with the villainous Red Legion launching a surprise attack on the Last City on Earth. They’ve attacked the city’s protector, The Traveler, and drained it of its power, dubbed the Light. The Guardians (represented by the players) have lost their powers with the loss of the Light, and they’re being hunted down. Destiny 2 starts out with a tragedy of epic proportions, as heroes have been scattered and you awaken as a powerless Guardian. Earth is about to be “glassed,” to borrow a term from Halo, in reference to the destruction of an entire world.

When you start the game, you’ve lost your powers, and so everybody is back on an equal footing. Even if you beat all of the original Destiny content, you are stuck with a situation in Destiny 2 that requires you to start over like everyone else. This is a clever way for Bungie to invite new players into the mix without making them feel like they missed too many things that happened in the past with the previous game. 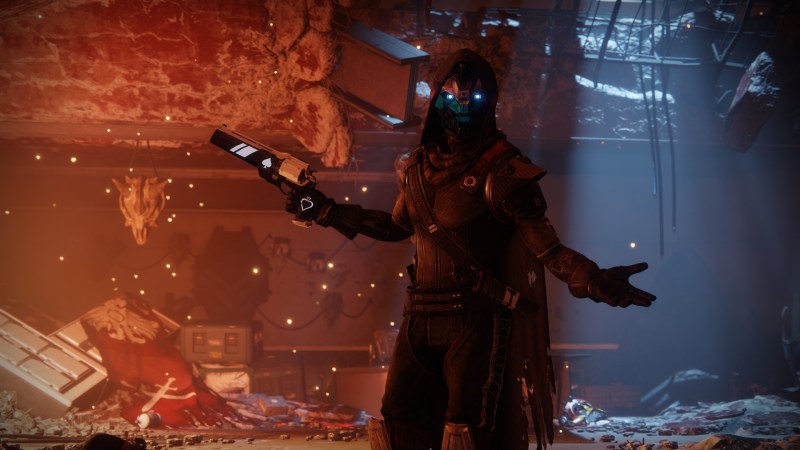 Without the Light, the Guardians lose their immortality. They must regain the Light in some way, gather the companions, restore the Traveler, kick the Red Legion out, and retake the solar system. That’s a lot of work to do, and it drew me into the game. The story is powerful enough to hold my attention, and that was something that the original title could never do for me.

I never got that far into Destiny. I enjoyed Bungie’s Halo series, and I stuck with it. Destiny wasn’t my calling. The story was thin, the shooting experience wasn’t as fun as Halo, and I found it hard to make progress. I opted to pour my available time into Call of Duty instead.

I watched Bungie work on Destiny from afar, improving it after the poor launch. And I and was surprised to see it recover from a rocky start and grow bigger over time. I moved on and never had time to look back. But I noticed the enthusiasm of Destiny’s fans, particularly when the expansion The Taken King got good reviews in 2015.

Destiny 2 looks a lot better, and it has a lot of cinematic story scenes that make you feel like continuing. I’ve been playing it on the PlayStation 4, and I’ve enjoyed seeing the variety of the environments across multiple planets. The gunplay feels good, and the variety of enemies and their ability to surprise you keeps you on the edge. 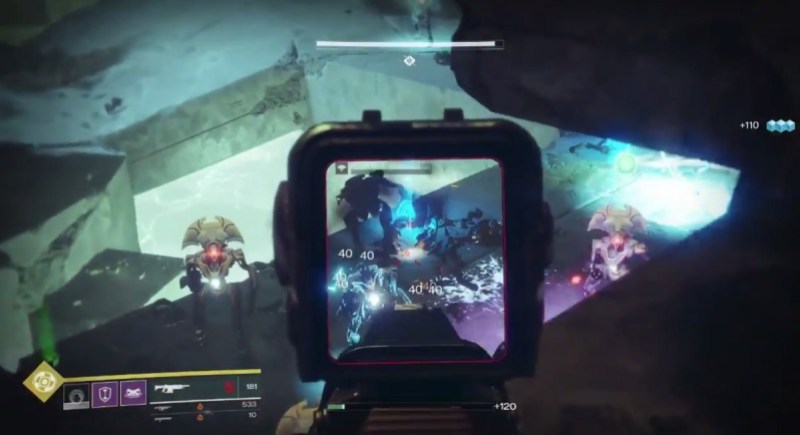 Above: Cleaning up the pools with one more firefight.

It’s taken me longer to get to this game than a lot of other people. I’ve got another game to review at the moment, but I’m enjoying my time meandering through the campaign. I’m not playing it with any particular skill. I can shoot the enemies, knock down their health, punch them when I get into close combat, toss grenades when I’m in a tight spot, and take out the bosses when I’ve built up a “supercharge,” which lets you knock over the enemies like a bull.

I’ve also enjoyed some public events, where a bunch of enemies spawn in one place and a number of other human players join together to try to beat the enemies into submission. I like the characters who populate the game, from the hilarious Cayde-6 to the serious commander Zavala. And the villain Ghaul is a goon that you really love to hate, especially when he puts a big vacuum cleaner on The Traveler and sucks out all the Light.

It’s refreshing because it defies my understanding of the way that most game sequels work. If the original game doesn’t hold my attention, then the odds that I’ll get into a sequel are quite low. In fact, most sequels have a smaller audience unless the original comes out at the beginning of a platform. It’s a rare occurrence when a game becomes a perennial bestseller like Grand Theft Auto, where each successive game gets a bigger and bigger audience.

I was predisposed to dismiss Destiny 2, and leave it to the hardcore fans who could really appreciate what Bungie has done. But I’ve picked it up in a casual way, where it has to compete with other games that I’ve been playing at the same time. And so far, I’m sticking with it. If you’re a casual player of shooters, I recommend that you try Destiny 2 because it offers a fun experience even if you don’t know the story or the characters or the history. 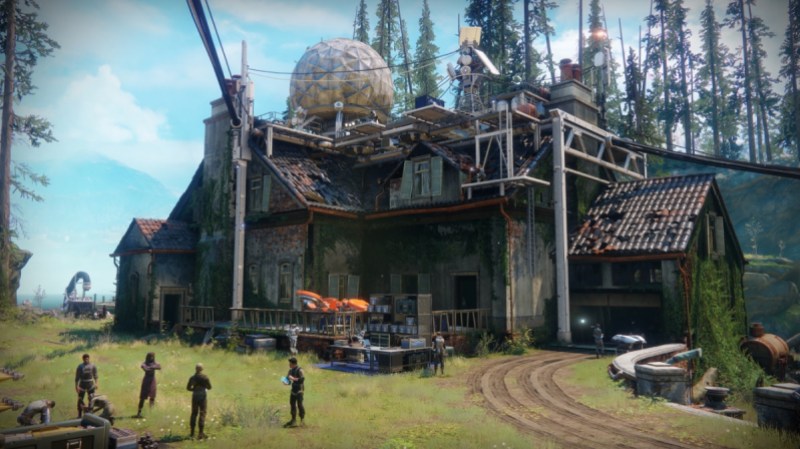 Above: The Farm in Destiny 2

I wouldn’t call it a perfect game. I’ve chuckled at one of the gathering hubs, a place called The Farm, where survivors of the surprise attack gather. It seems a bit too much like a village, where players are taking it easy even though the Last City on Earth has been overrun by the enemy. It’s a bit like seeing a tourist resort where you expect to find starving survivors. The prospects for survival seem so low in the wake of the tragic beginning, but everybody is relaxed at The Farm. That seems a bit out of place in the wake of an apocalypse that takes place after another apocalypse.

Right now, I’m about to make my way to Io, the moon of Jupiter, where a new part of the adventure awaits me. I’ve had a lot of fun playing the game, particularly when I find challenging firefights in the campaign, like at a place called The Pools of Luminance on Titan. I was pleased that by the time I got to the Pools of Luminance, I had leveled up enough to have the weapons and armor to deal with that firefight.

Once I finish the campaign, I’ll think about joining the multiplayer options like the Raid and the Crucible. For those who make it that far, those features offer many more hours of entertainment. They might keep you busy enough until the next installment of content drops.

I never thought I’d be saying this. But my hat is off to the Bungie team for the great work on Destiny 2. All those years of hard work are paying off. I’m living proof that you don’t have to be in love with the original Destiny to play Destiny 2. As Dennis Scimeca noted in our review, Destiny 2 is everything you would want in a sequel. I wish I had more time to play it, and I don’t regret any of the time that I’ve spent in it so far.