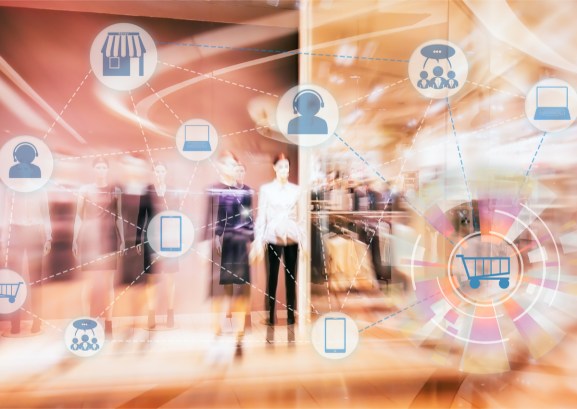 Imagine sitting across from your new virtual assistant, Nadia. Although you’re staring into the eyes of a computer-generated image, “she” has extremely detailed and lifelike physical features. Her face has a bone structure and her muscles appear to move exactly like a human’s. She even has realistically detailed skin blemishes.

Nadia is a “digital human” that was released earlier this year by Soul Machines, an Auckland-based company that develops highly detailed avatars with personality and character. Nadia was created for the National Disability Insurance Scheme (NDIS) in Australia, using IBM Watson’s AI technology.

She was designed to help disabled people learn more about the NDIS and the resources it provides. Customers can go on the NDIS website and interact with her directly. One of the most compelling features of Nadia is her level of emotional responsiveness. She can “see” who she is talking to and customize her conversation based on emotional cues. For instance, if Nadia senses a customer is upset or distraught, she will change her behavior instantaneously to respond more empathetically.

The third era of AI

Nadia is a product of the latest era of artificial intelligence, a period marked by the proliferation of intelligent virtual assistants and robots with specific skill sets. Netflix and Pandora brought us the first wave of AI, which defined the curation era. Next, Siri brought us the voice interface. Now, in addition to developments like Nadia, we are seeing virtual assistants such as Alexa, Clara, and x.ai.

This great awakening of AI is fueled by super fast computers, powerful software, greater connectivity, and the Internet of Things. At the same time, AI advancements such as deep learning and neural networks (computational models that function much like biological brains) are expanding the capacity for machines to be more like humans. The capabilities of these neural networks are also creating a new reliance on artificial intelligence that goes beyond the completion of mundane tasks. AI technologies are now tasked with filling important roles in modern communities.

Juniper Research found that chatbots alone could save businesses $8 billion a year by 2022, with health care and banking benefiting most. Health care is particularly active in creating widespread AI solutions for the general public. One interesting example is a project from Stanford University. Researchers at the school are training an algorithm to identify skin cancer, one of the most common types of cancer in humans. The Stanford scientists loaded an algorithm with nearly 130,000 skin-lesion images that represented more than 2,000 diseases to test whether the computer could distinguish harmless moles from malignant melanomas and carcinomas. It did so with surprising accuracy, performing as well as a panel of 21 board-certified dermatologists. The team plans to make the system available on smartphones in the future.

Scrambling to claim stake in AI

As the value and need for AI increases, so do the investments in the space. Nearly 140 private companies developing AI technology have been acquired since 2011, with 40 acquired in 2016 alone. AI startups raised more than $5 billion worldwide in 2016, which marks a five-year high. Google has adopted an AI-first strategy for its business categories. Apple, Amazon, Facebook, and Salesforce have all jumped into the AI race as well. Other major tech giants competing in the space include General Electric and Samsung.

Major companies are already implementing AI in many consumer-facing products and services. Here are just a few of the areas where companies have created consumer touchpoints with the technology:

According to Accenture, artificial intelligence could double annual economic growth rates by 2035 and boost labor productivity by up to 40 percent. Productivity may seem like a vague descriptor, but look at health care. Advancements in productivity from helpful assistants such as Ellie and Nadia result in better preventative health care, diagnoses, treatment, and health outcomes. That’s how bots are helping to build a better world.

Kal Patel is senior vice president of digital health at Flex, a sketch-to-scale solutions provider that designs and builds intelligent products for a connected world.