The next generation Amazon Echo smart speaker made its debut today, one of half a dozen devices unveiled by the company in a press conference at Amazon headquarters in Seattle. The Echo for $99 and new Echo Plus for $149 are due to be released October 31.

Also out today are Echo Spot, an alarm clock for $129 with a 2.5-inch screen and Alexa inside; the Amazon Connect, a $34.99 device that connects to your home phone line to turn any Echo smart speaker into a speakerphone; and Echo Buttons for $19.99, which can be used to play multiplayer games with Alexa. A new Fire TV with 4K and HDR for $69.99 was also revealed.

Preorders of all the devices unveiled today can be made in the Amazon marketplace, with the exception of Echo Buttons.

Buttons will be available later this year and are paired with a new series of multiplayer games like Sounds Fun with Mike Epps and Fourth Down Football Trivia with Philip Rivers. Buttons is the first in what Amazon promises will be a series of Alexa Gadgets, a new series of accessories for games on Alexa-enabled devices. The games and gadgets will interact through the new Gadgets API.

The new Echo is about two-thirds the height of its predecessor and comes in six different mesh, wood, and brushed metal exterior designs. The second-generation device comes with new far-field technology to better understand words like the “Alexa” wake word, along with improved sound quality.

The Echo Plus appears to be roughly the same size as the original and is available in silver, black, and white. The device comes with simpler smart home setup, and like the new Echo, improved sound quality and new far-field technology to understand words from a distance.

Better sound quality in Echo speakers may be intended to stave off competitors like Apple’s HomePod due out later this year and promises sound quality that takes into account the space in which music is played. 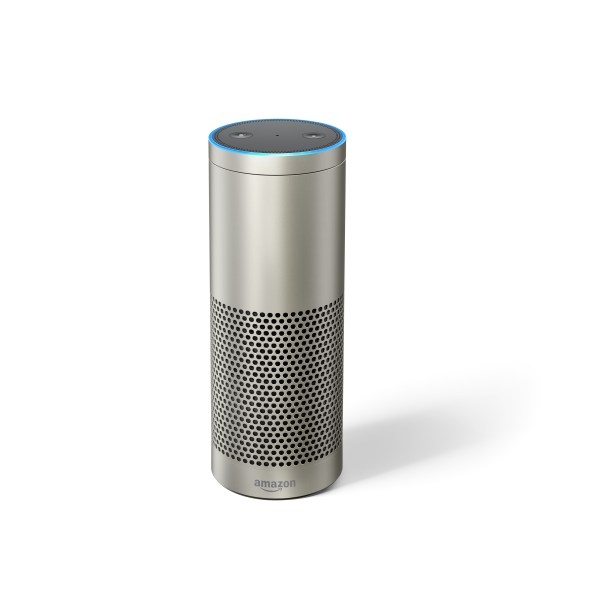 Above: Amazon Echo Plus

Also announced today: Echo devices can now make free outbound phone calls in Canada, Mexico, and the United States. Until today, Alexa-enabled devices from Amazon were only able to make calls to other people with an Echo device and the Alexa app. Live smart home camera feeds also become available today for Alexa devices owners with Fire TV and Echo Show in the United States, United Kingdom, and Germany.

Among other improved functionality there’s Routines, which allow the owner of an Alexa-enabled device to carry out multiple steps with smart home devices with a single utterance. For example, say “Good morning” and Alexa could turn on your lights, start your coffee maker, and read you the news all at once. Routines is part of an update to the Smart Home Skill API and will become available for Echo devices starting next month. 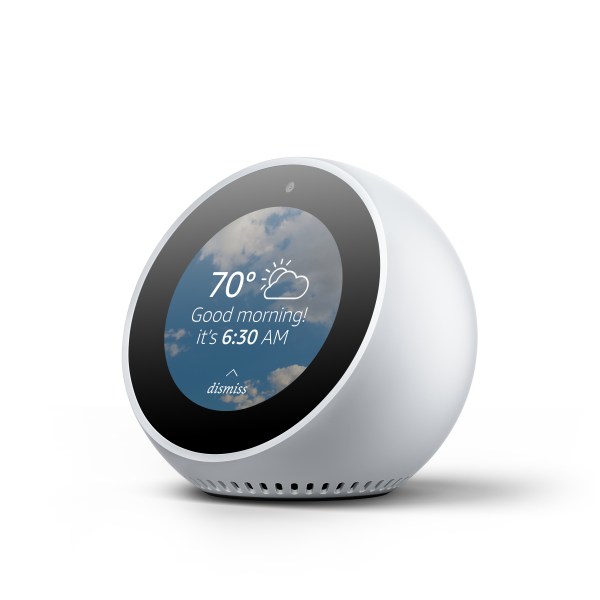 Since its debut in 2014, the Echo has been the best-selling smart speaker in the United States, and is widely credited with reinvigorating interest in AI assistants and voice computing. The Echo launching today is the first new iteration of the popular smart speaker since it first came to market nearly three years ago.

The new Amazon devices announced today join a growing family of Echo devices. Since the release of the original Echo, the Echo Dot and Echo Tap have been released, and this year the Echo Look and Echo Show made their debuts.

Beyond devices for your home, Amazon also shared today that BMW and Mini vehicles will be able to speak with Alexa starting in 2018.