Paris-based Ubisoft often creates elaborate open worlds where its video games take place, but this is the first time the company has taken all of the research it has done on a historic civilization and made it available for its educational value. Discovery Tour will debut in early 2018, and it will be available as a free update for all Assassin’s Creed Origins players. Assassin’s Creed Origins debuts on October 27 on the PlayStation 4, Xbox One, and Microsoft Windows.

“This is really dear to my heart and many of our developers,” said Jean Guesdon, creative director of Assassin’s Creed Origins, during a preview event. “History is core to of our franchise. We do a lot of research and spend a lot of time re-creating these worlds. We have an encyclopedia in the game. We have received good positive feedback from teachers about the quality of our work, and how they use the games to craft their material.”

He added, “We really thought about how we could bring that to the next level. Discovery Tour by Assassin’s Creed: Ancient Egypt will be a dedicated tour, an educational mode. It will be stripped of all combat. There will be no narrative. It will be about enjoying ancient Egypt.” 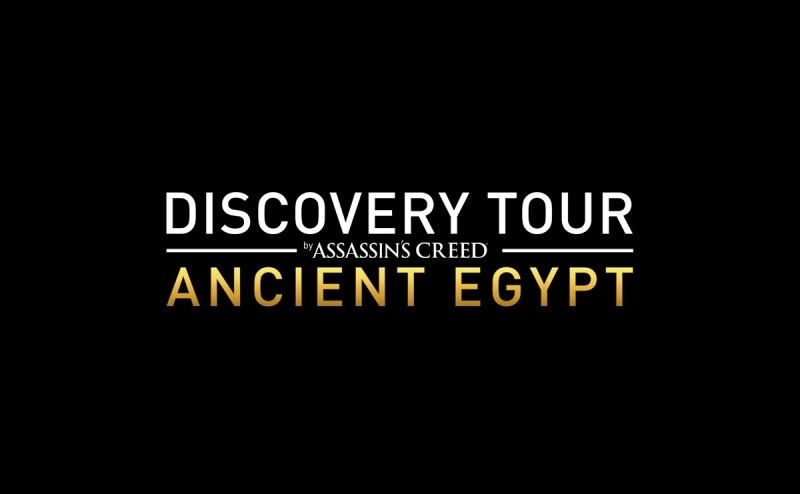 Above: Discovery Tour by Assassin’s Creed: Ancient Egypt is a history tour with no violence.

In this dedicated mode, players can free roam the entire interactive 3D recreation of Ancient Egypt in Assassin’s Creed Origins, free of combat, storyline or time constraints. From Alexandria to Memphis, the Nile Delta to the Great Sand Sea, the Giza plateau to the Faiyum Oasis, players can immerse themselves in the rich history of the region.

Discovery Tour will offer dozens of guided tours curated by historians and Egyptologists, each with a focus on a different aspect of Ptolemaic Egypt, such as the Great Pyramids, mummification or the life of Cleopatra. You can learn about how the Egyptians mummified their pharaohs and more.

“If you want to know more, this is for you,” Guesdon said. “You can invite your grandma or your children to come along.”