Synergy Blue wants to marry arcade games and casino slot machine gambling. It is doing so with the launch of HAWG (Hybrid Arcade Wager-based Gaming), a platform for arcade machines that enable skill-based and chance-based real-money wagering.

Palm Desert, California-based Synergy Blue is one of a number of companies that are trying to revitalize the tired slot machine for the millennial generation. The HAWG platform is built to be flexible and to comply with gambling regulations.

Georg Washington, CEO of Synergy Blue, said in an interview with GamesBeat that casino operators are dealing with a 17 percent drop in slot machine revenue in the past year, as well as increased competition from new casinos and online gambling. Synergy Blue is majority owned by the Augustine band of Cahuilla native Americans, which owns the Augustine Casino in Coachella, California. 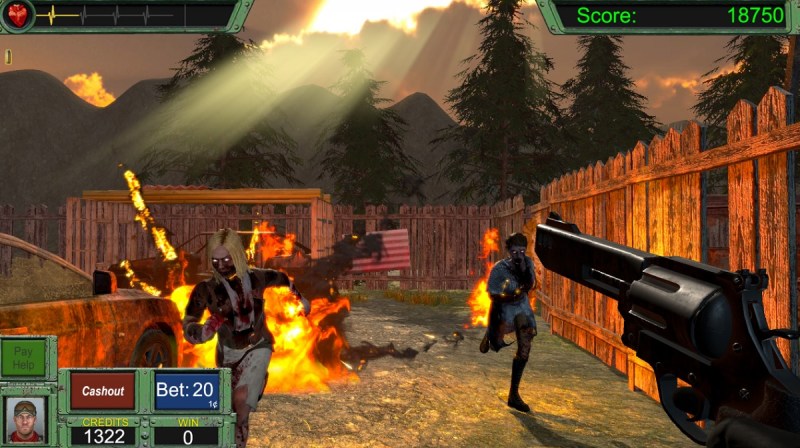 Above: Zombie$ is a shooter game for casinos.

“This is meant for the arcade generation,” Washington said. “It’s a balancing act between the skill-based arcade play and the gambling.”

Synergy Blue is creating its own games, including one shooter title called Zombie$ that is modeled after Sega’s vintage House of the Dead zombie-shooting game. It is also working on other in-house games such as a racing title, as well as games in genres such as fantasy role-playing, sports, and endless runners.

The company has built a standard cabinet with a wrap around enclosure. Different 1080p games can be cycled through the cabinet, particularly if one game isn’t doing that well on the casino floor. 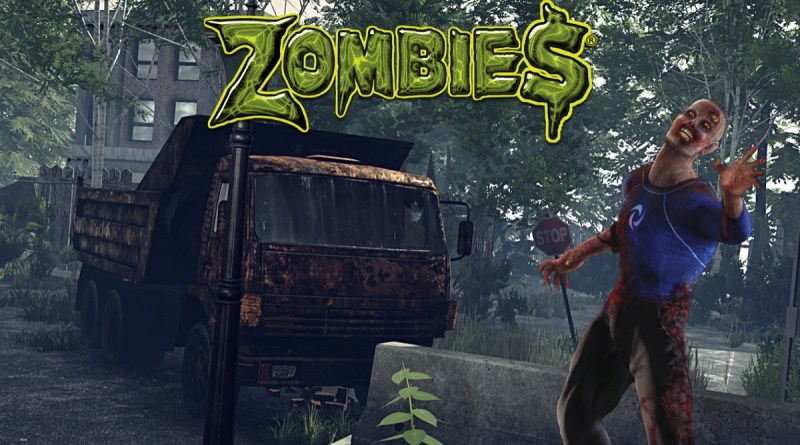 Above: Synergy Blue’s Zombie$ is one of numerous arcade games for casinos.

Synergy Blue is balancing the games so that players can get a minimum return from their bets, while operators can also maximize their returns.

It will be interesting to see if Synergy Blue can create an arcade game where people won’t mind spending a lot of money, which is what the casino operators would want. Washington said that it is possible to tune the reward so that it is bigger for the player if they can make it deeper into a given level. But it wouldn’t be like a typical arcade game where you would cut the player off if their character dies, Washington said.

“We definitely want people to play longer,” Washington said. “The performance for the casino operator is essential, as machines don’t last long on the floor if they don’t perform.”

Synergy Blue will show its HAWG platform at the Global Gaming Expo event, taking place October 3 to October 5 in Las Vegas. Washington said the company has 22 people, and the team has been working on the project for as much as three years. Rivals include Gamblit Gaming, which is taking licensed games like Doodle Jump to casinos.