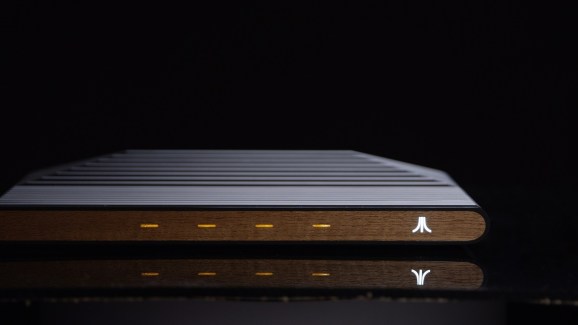 Thanks to an exclusive report from our lead writer, Dean Takahashi, we learned this week that the new Ataribox will be a low-cost gaming rig with Atari branding and style.

The Ataribox will run on the Linux OS and feature an AMD processor. Yes, you’ll be able to play PC games on it, too — remember, Steam does work on Linux. That’s a nice bonus for people who are interested in this box.

But let’s remember — Valve itself threw its weight behind living room Linux gaming with Steam Machines. When’s the last time you heard anyone talk about those? And when was the last time you hooked up your PC to your main TV and used Steam’s Big Picture mode?

Yeah, I thought so. Atari’s hoping the nostalgia from old games will move boxes, as it did for the NES Classic. But why would I need to buy a $250-$300 device for that? I can play the publisher’s classic games on Steam for $10. I can buy one of those other cheap setup boxes that you see at Target.

And … who has so much nostalgia for old arcade games that they’d shell out that sort of money for a box under their TV instead of just making their own MAME emulator cabinet?

P.S. Let’s all pile into the blue bus and into Fornite’s Battle Royale mode, which became a free-to-play this week.

How indie studio Accidental Queens emerged from a game jam

French developer Accidental Queens’s debut title A Normal Lost Phone was its first indie success, selling 100,000 copies and earning accolades from critics. But cofounder Elizabeth Maler says that they didn’t set out to form a game studio nor did they expect that so many people would receive A Normal Lost Phone so warmly. Rather, […]

EXCLUSIVE: Atari released more details about its Ataribox game console today, disclosing for the first time that the machine will run Linux on an Advanced Micro Devices processor and cost $250 to $300. In an exclusive interview last week with GamesBeat, Ataribox creator and general manager Feargal Mac (short for Mac Conuladh) said Atari will begin […]

Intel showed off a demo this week of WiGig wireless networking technology that can connect a high-performance PC with a wireless virtual reality headset, providing a new option for doing VR without the annoying cables. The WiGig technology, which uses a short-range 60-gigahertz radio, can transfer data at fast enough rates to feed VR imagery […]

FEATURE: Why face the sanity-breaking horrors of Darkest Dungeon alone when you could use the buddy system? For over a month now, livestreamer and YouTube creator John Wolfe has been playing the role-playing game Darkest Dungeon with three other friends, effectively turning a single-player game into a multiplayer co-op. He runs it like a campaign of Dungeons & Dragons, […]

PlayerUnknown’s Battlegrounds is on the cusp of defining the future of shooters for the next few years, but it’s not the only name in the emerging Battle Royale-shooter genre. PUBG is a massive hit with more than 11 million copies sold and the record for the most concurrent players at any one time on Steam, but […]

According to Polygon, of the 173 games removed from Steam a majority of them were developed by Silicon Echo Studios, or its supposed alias Zonitron Production. Silicon Echo apparently churned out about 86 games in two months, many of which were apparently the same game but under a different name. Valve has severed all business ties with the studio, and operations under Silicon Echo running different names. (via US Gamer)

My current pet project, Bestiarium, might never be finished. That said, its core idea is trying to make the exploration of procedural generation meaningful, and that’s pretty hard. This is why it’s at least a fertile ground for tons of little prototypes and experiments – and in the search of meaning and fun, I end up on weird places like procedural organ generation, which in itself is super fun, but searching for references on google images is not the most pleasant part of the experience. Maybe this is why I ended up going for something lighter this time: flowers. (via Gamasutra)

Persona 5 is a wonderful PlayStation 4 and PS3 game but it is not available on PC. You can play it on PC, however, via emulation. Well, you could. The RPCS3 emulator was yesterday hit by a legal threat from Atlus, maker of the game. More specifically, it was RPC3 maker Nekotekina whose Patreon page was hit by the DMCA (Digital Millennium Copyright Act) takedown request, threatening the whole operation. (via EuroGamer)

Striking Voice Actors Didn’t Get Everything They Wanted, But It Was A Start

After a year of striking, countless career sacrifices and some thorny negotiating, the video game voice actors of the Screen Actors Guild‐American Federation of Television and Radio Artists (SAG-AFTRA) finally came to a tentative agreement with the 11 struck game game companies last night. Without some big demands met, it’s easy to consider the tentative agreement a disappointment. Looking at the specifics, though, it’s clear that SAG-AFTRA’s small victories indicate steps forward in an industry that certainly isn’t known for its progressive labor practices. (via Kotaku)