Hart, who starred in hit movies such as Central Intelligence, said in a video that the strategy game combines the city builder and endless runner genres. You have to build your city, lay some traps for other players, and then watch how it performs when other players attack it. You can also go on your own endless runner missions where you avoid traps, steal loot, and then use the winnings to strengthen your castle. Hart and his family members are playable characters in the game.

Celebrities don’t always have good luck with mobile games, but the standout hit is Kim Kardashian: Hollywood from Glu Mobile. That game generated $50 million in its first four months in 2014, and it spread fast because Kardashian advertised it for free by promoting it to her social followers. Hart can do the same for his game.

Hart’s children, Heaven and Hendrix, came up with the idea to be characters in the game. His wife Eniko is also in the game. They are champions who can run through the castles and get the loot.

The game comes from Washington, D.C.-based StandUp Digital, which is also trying to break into the games business with this title. Previously, the company’s predecessor, Pinxter Digital, made websites and apps for celebrities, said Sergei Dubograev, the CEO of Pinxter Digital, in an interview.

“We found a lot of pain points in getting apps done, and we have a history of partnering with brands and celebrities,” Dubrograev said.

Pinxter Digital decided to move into mobile games in 2015 and partnered with PolyPlay to create a new division, StandUp Digital. It hired Pavel Paratov as chief innovation officer and Alex Mamontov as chief creative officer to lead the production of the games. The studio has 49 people, including developers in Eastern Europe. 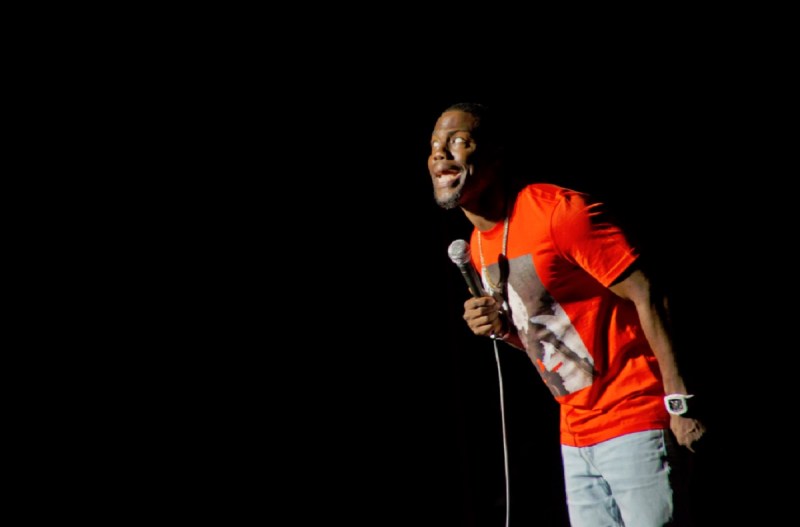 Above: Comedian Kevin Hart has a mobile game coming.

Hart made another mobile game in 2011, but that was more like slapping his name on a title. StandUp Digital began working with Hart in the summer of 2016.

“A lot of celebrity games are royalty-based, where they slap a face on it,” Dubograev said. “Kevin was different, and he wanted to be involved from the get-go.”

Hart is a runner, so he liked the concept of an endless runner.

“Games are such a big part of my kids’ lives and the things we do together,” Hart said in a statement. “To be able to tell them that they would be in the game and have all these powers was an amazing gift to give them. At the same time, I think we’ve created a game that people are going to really enjoy, so it was the best of both worlds.”

In the game, you can earn gold coins or buy them through in-app purchases and use them to unlock things like huts, maze extensions for traps, character customizations, shields, power-ups, and additional upgrades for a base.

An Android version is coming later, and Dubograev said the team will update the iOS game every couple of weeks. Hart will promote the game on social media, and that should lower the cost of user acquisition.

“This is the first game for us, hopefully one of many we will make,” Dubograev said.