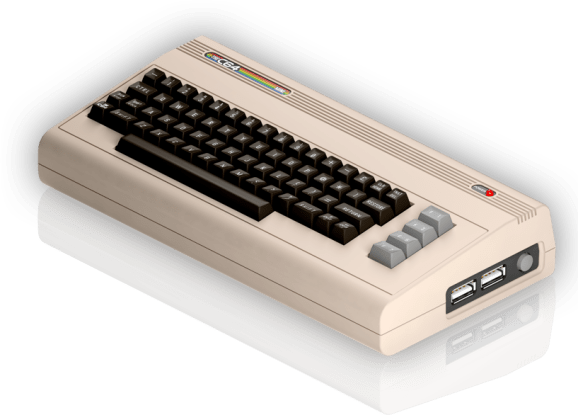 The Commodore 64 is making a comeback. Koch Media, the German media company that also owns the Deep Silver publishing brand, announced that it is making a tiny version of the classic computer gaming machine. The Commodore 64 Mini is coming out sometime early in 2018 and will retail for $80

This is taking a page out of Nintendo’s playbook. Last year, the NES Classic Edition was a huge hit that was nearly impossible to find on store shelves. The SNES Classic Edition launches today. Preorders for it sold out almost immediately. The original Commodore 64 came out in 1982. It was one of the first major home computers. It was a pioneer in the early days of the PC gaming market (back before anyone really called it that).

The Commodore 64 Mini is 50 percent smaller than the original. It will come with 64 classic games built into the system, including California Games, Speedball 2: Brutal Deluxe, Paradroid, and Impossible Mission. You can see a partial list here. It also comes with a joystick and an HDMI cable. Using HDMI, the Commodore 64 Mini can connect to any modern TV.

The Commodore 64 Mini has two USB ports, so you can plug your own keyboard or a second joystick for two-player gaming.