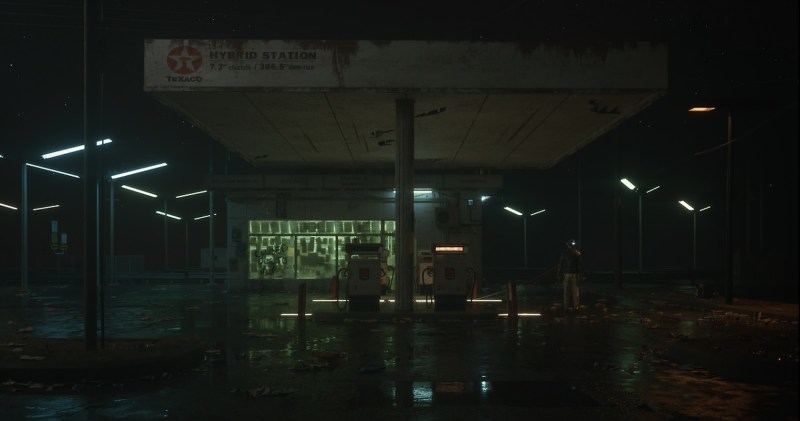 VB: That explains the blockchain part. How do you actually create this technology to do that distributed rendering for particular jobs?

Urbach: It all exists today and it’s all in Octane. We now have about 25 different integrations of Octane. The most recent one works with Unity. We just released After Effects a few weeks ago. Each of these different 3D or 2D applications — when you have Octane, that can render beautifully on your local machine. The opening for Westworld was done in Cinema 4D with Octane. You don’t need a render farm to necessarily go beyond 2K, 30 frames per second.

But when you do want to go beyond that – if you’re rendering for VR, or rendering lightfields, or if you want just a thousand frames of rendering but you want it done immediately – then all the Octane integrations today, it takes all the data inside that path and turns it into a file for our interchange format and sends it anywhere that we want. It can go to the cloud. It can go to a machine that doesn’t have the original app, but just renders that job.

The interface to do that is all built into Octane today. You can buy these $5 chunks of render credit. You can say you want the job done the next day, or within a week. You can tell us it’s not a priority and we’ll give you a small discount on that. When the job is done, you click a button and get an email that says, “Here’s your rendered frames.” You download that to a Dropbox. It all exists today and it all works beautifully.

The interface for that, as I said—it’s not going to take much. You might have a few more options if you want to run it on the blockchain. By the way, if the blockchain does get to the capacity and the speed that we want, we may eventually do everything through that system. But then you’ll have a couple other options. Do I want to run this job on a trusted, MPDA-certified node on the blockchain? We’ll add that and validate it ourselves as part of what we do. Or do I want a custom encryption layer? The system for starting a job is already there. That’s one of the reasons why there’s this enormous trust in the usefulness of this service. What isn’t there is just the capacity.

People are interested to see how we’re going to run this on a distributed system. But the truth is, even for Amazon — when we built the system for Amazon’s node process, it’s very much like it’s going to work with a node on the blockchain. “Okay, this is running. Let’s run a test to make sure it can do this. Let’s advertise its availability to the whole system.” It doesn’t all have to be on Amazon. You can run it only on servers here. We can add other things there. The user doesn’t really get a sense as to where their job is being sent. It’s just one of our performance centers. By having the blockchain validate all these other GPUs, these performance layers, it’ll work.

The way we use the blockchain on their machines is very similar to how we’ve embedded Octane in Unity. You just load up Unity, and Octane is just a megabyte that gets pulled in. You can update it. It’s very much like Chrome installing an app update. It just has this bootstrapper. Ever since we did this work for Autodesk, which allowed Autodesk users to see other desktops and share their desktops, we’ve had this little 14K launcher that runs on Mac, Linux, and Windows, which will load up an applet and provide a peer-to-peer connection. That’s exactly how we’re going to turn this on, or make it officially available in the first quarter of next year. That’s how we’ll fulfill rendering work.

You don’t need to know anything about it. You’ll just have the ability to get render tokens by going to our webpage and clicking on this link that turns on the system tray. You say, “I want to fulfill render jobs.” When you do, it’ll run those things in the background, just like screensavers used to. 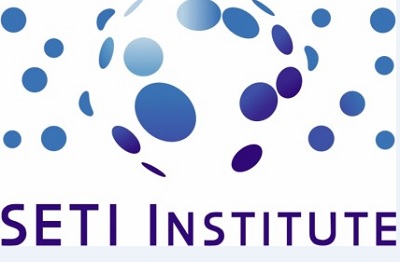 VB: How do you market this so that you do get the millions of unused machines? I saw a bit of your CNBC interview, and it seemed like it was awfully hard to get regular people to understand it. Is it something like SETI@home, where you just have to tell it “Yes”?

Urbach: You’re right about the frictionlessness of SETI@home. It’s going to be one click. “Do I want to make Render tokens or not?” That makes it frictionless. We have a huge amount of users, millions just through Unity, who are basically Octane customers that want Render tokens and can gain them and use them. Render tokens will be more valuable to them than money, because they would spend real money to go and render stuff anyway. Just within our own ecosystem, which now includes millions of Unity developers — I’d be happy if we had thousands or tens of thousands of GPUs. That would put us at parity with what we get on the public cloud and we could go from there.

What’s interesting is, if we have a one-click thing and Render token work — if there’s more demand — look at how people run cryptocurrency mining. There was one operation that used WebGL and ran it in a browser, because in those days Bitcoin could be mined on a GPU. If you give people a one-click method of getting cryptocurrency, they’ll do it. If something is valuable and you just have to click once to get it—we see people do that all the time for things that are less valuable and less proven.

CPUs on the desktop are now about the same as what you have on the iPad, especially the latest Apple GPU. We’re even considering adapting Octane to that platform. As your iPad or iPhone is charging overnight, it could start doing rendering work, probably a year or two down the line. But in the meantime, it’s that kind of simplicity of performance that will make this successful.

The first part of this will be the users of Render tokens, the people that need them and for whom the utility of Render tokens is literally greater than money. They can use it for their livelihood. That’s where we’ll begin, and I think we’ll go from there. One thing SETI@home proved is that if it’s easy, people will turn it on. If it makes them something valuable in return, I’m even more confident they’ll turn it on.

VB: Do you plan to do any advertising?

Urbach: Certainly for the usage of the system—we’re doing this already. Our cloud service is truly public, ever since we’ve had it in $5 increments. That was very much tied to our launch with Unity, ever since that went live. We launched with Unity and introduced the $5 pricing roughly at the same time. Our marketing is focused on getting to those Unity customers, now that we actually have this integration. We’re adding baking jobs in the cloud. The next step is lightfield baking jobs for AR stuff. Getting users to start building up the demand for this and fulfilling each other’s work is one of the simpler ways we can use our marketing to make the system larger and larger.

My feeling is, when you look at the cryptocurrency community, there’s already a group of avid, voracious miners out there. If you offer them something that’s more valuable than what they’re doing, they’ll gravitate towards it. We’re at the point where that scale is large enough — GPUs are flying off the shelves just to be used for mining Ethereum. That’s the other group we want to go after.

As far as everyone in the world turning on their computers, there are hundreds of millions of computers out there in the coming years. That’s where there might be some messaging around getting people getting on board with that. But that’s definitely not a critical part of getting this to the scale that would offer us a much greater fundamental advantage over what we have today with the centralized cloud services that we’ve built on.

VB: Is there some kind of number you’re targeting to raise, or is the plan just to raise as much as you can here?

Urbach: Our goal is to just make sure that the network is promoted properly and that people know this is here. Of course we have a hard cap, and that’s set at 537 million tokens to be released. But for us, we’re just trying to be able to build this network out, to continue the vision for what we want to do — rendering through the blockchain, peer-to-peer GPU rendering. There are many ways we can go about it. But as far as numbers, we’re content with just getting as many people as possible in the network and using tokens and rendering on the platform.

Ultimately the value of the token sale is to build on what we already have. None of this is to create a service. That’s done. But the more we’re able to seed in this process, the faster we can build and expand this network. That’s the goal. So far we’re seeing a lot of interest around it, and that’s great.