In some ways, Cat Quest is a traditional role-playing game: The hero must save the world by defeating the bad guy and his horde of monsters. Normally, that wouldn’t be a selling point. But when you find out the hero is a cute cat, and that he lives in a world filled with other bipedal cats and animals, you realize that it’s a totally different kind of game.

Cat Quest, from Singapore-based developer The Gentlebros, is a charming sendup of fantasy RPGs. In this world, cats are the dominant species. So you’ll find plenty of cat-related puns and jokes — like how you save your progress by taking a quick catnap — in your quest to rescue your sister from an evil sorcerer. Cat Quest’s unique presentation is just one of the reasons why it won two awards from this year’s Intel Level Up Developer contest: Best Adventure/Role-Playing Game and Best Art Design.

According to game designer and Gentlebros CEO Desmond Wong, the decision to make a game based around cats was an easy one: people can’t get enough of them, especially in animated form. But the game’s origin story is a bit more unusual than that. Originally, the three-person studio wanted to make Copycat, a dancing game where players would have to mimic the moves of another player via a cat avatar.

While the idea sounded fun on paper, the prototype proved otherwise.

“[The dancing game] didn’t work out because we quickly realized that none of us have music tendencies or music backgrounds,” said Wong. “So it was really hard to design the game. We kept iterating on the concept, kept changing it. But we really liked the cat characters that we created. Slowly, the idea started getting more RPG elements until it became the full-fledged RPG that you see today.”

Cat Quest is also an open-world game, so you can explore the land of Felingard without too many restrictions (just watch out for the deadly ninja cats who can kill you in one hit). Open-world games are hugely popular on PC and consoles thanks to titles like Grand Theft Auto V and The Witcher 3. But that success hasn’t been replicated on mobile devices yet.

“So we thought we could fill this gap with Cat Quest because people love cats. People love open-world RPGs. It’s like the in thing right now,” Wong said. 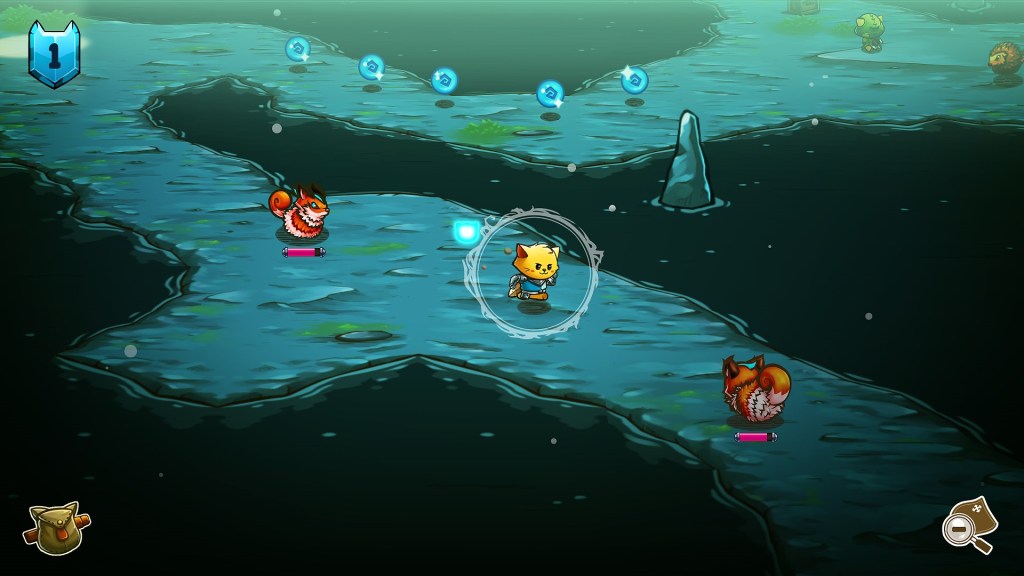 A tribute to classic RPGs

Wong and his two cofounders — programmer Leon Ho Jian Yang, and writer and artist Nursyazana binte Zainal — first met while working together at Koei Tecmo, a Japanese publisher known for its popular Dead or Alive and Dynasty Warriors franchises. They made their first game, the 2D dungeon crawler Slashy Hero, in their free time. That eventually led to a publishing deal with GameStop’s Kongregate division, and at that point, the three friends decided to leave Koei Tecmo and create their own company.

They wanted to establish a distinctive art style for their studio, beginning with the Halloween-themed Slashy Hero.

“Generally, we wanted a style that could be consistently good, polished looking, and easy enough for a three-man team to get right,” said Wong, who’s also one of the artists. “We didn’t want to do anything that was too realistic or too complicated for us to do. … It’s hard to describe because part of it stems from my style as an artist as well.”

Whenever Wong designs something, he wants to make sure that it can appeal to as wide an audience as possible. The result is a deceptively simple presentation that wouldn’t look out of place on Nickelodeon or Cartoon Network. And like some of those animated TV shows, The Gentlebros use a hybrid style that borrows from both Eastern and Western cultures.

“We really tried to do this with Cat Quest. We brought in some influences from both of these cultures to design our characters so they aren’t too anime-looking or too much like Saturday morning cartoons,” Wong explained. “It’s something in between. That’s kind of the design philosophy that we had.”

The blending of East and West also applies to Cat Quest’s mechanical inspirations. The map, for instance, is an homage to the older Final Fantasy RPGs from Japanese developer Square Enix, and the exploration and combat is reminiscent of Nintendo’s Legend of Zelda series. But the open-ended nature of the quest system, as well as the sprawling open-world, came from Bethesda’s Skyrim, which is one of the most popular Western RPGs ever made.

“We all grew up playing Zelda. We all grew up playing Final Fantasy. We were really influenced by games from both the East and West,” said Wong. “So they influence the games we make as well because we really like elements from all these games and … we just thought it’d be great to combine this stuff and put it into our own game.” 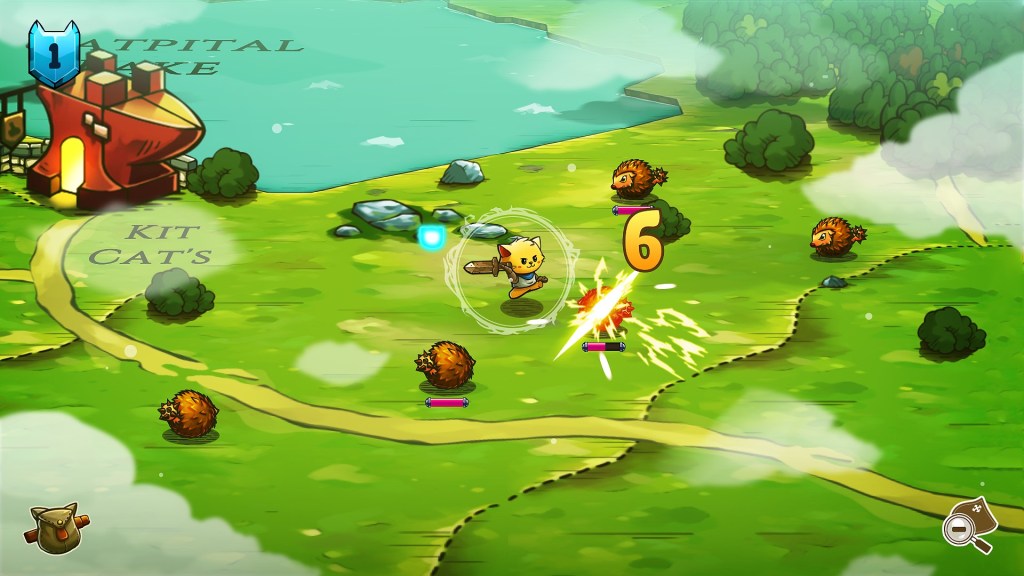 Above: Kit Cat’s and Catpital Lake are just a few of the many cat-related puns.

One of the benefits of being a small studio is that the team can quickly pivot to something else if a project (like Copycat) isn’t working out. And when they do settle on an idea, it doesn’t take long for them to complete it. All told, it only took The Gentlebros a little over a year to create and release Cat Quest for PC, iOS, and Android. But the developers aren’t done with their feline warrior just yet.

In addition to making PlayStation 4 and Nintendo Switch versions of Cat Quest (both coming later this year), they’re preparing a free update for the game that’ll add new challenges through the use of punishing modifiers. This is another throwback to the heyday of Japanese RPGs, where hardcore players would sometimes create their own quirky rules (like trying to beat Final Fantasy 7 on the lowest character level possible) for subsequent playthroughs.

If Cat Quest is successful — Wong said it’s selling “pretty decently” so far — we might see more games that take place in its brightly colored universe. The team is also open to experimenting with other kinds of art styles, depending on the type of game they end up making.

But at the same time, they don’t want to stray too far from what they do best.

“We definitely want to stick to an identity … because a lot people who play Slashy Hero and see Cat Quest — they can see the resemblance,” Wong said. “Like, ‘Oh this kind of looks like the game that was made by the guys who did Slashy Hero.’ So we definitely want to keep that aspect of it in future projects..”