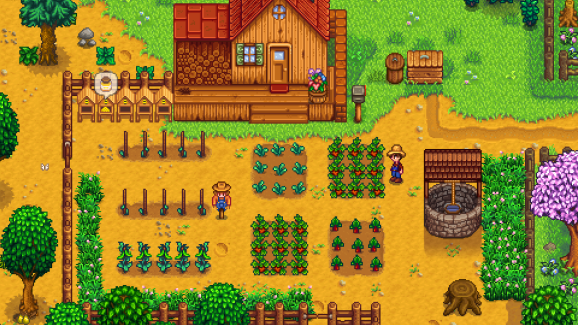 Stardew Valley is charming, and one person is responsible for it.

Another major indie game has an imminent Switch release. The farming simulator Stardew Valley comes out for Nintendo’s home console/portable hybrid on October 5. It will cost $15.

Stardew Valley first came out for PC in February 2016. PlayStation 4 and Xbox One versions followed later that year. But this Switch release will be the first version of the game that you can play portably. Stardew Valley is a big indie hit. The PC version managed to sell more than 1 million copies just a couple of months after its release. Releasing on the Switch will open the simulator up to more players.

Nintendo has made a big push for indie games on its new system, with modern classics like Shovel Knight and The Binding of Isaac finding homes on the Switch. The console has also been home to many of the year’s most interesting and anticipated indie games, including Golf Story and SteamWorld Dig 2.

Stardew Valley takes its inspiration from the Harvest Moon series, borrowing its day-to-day gameplay of maintaining a farm while socializing with a nearby town and its people.