Everything in life is a comparison test. You have to compare colleges, compare cities, and compare cars to figure out which one is the most viable for you and which one meets your needs. As a journalist, this is an incredibly difficult process because you have to track every detail and compare every specification when it comes to things like how an iPhone 8 compares to a Samsung Galaxy Note 8 or maybe a Dell business laptop against one from Asus.

It’s not 100 percent objective, of course, because we’re all human, and we have a certain background and perceptions that can dictate our viewpoints. Yet there is one comparison that is one of my favorites and is what you might call a “pure play” of subjective evaluation. I recently drove a Mazda MX-5 Miata for a week, and then I tested the same car in Forza Motorsport 7, the racing game that came out this week for the Xbox One. It was an interesting test, because it’s also one of the main reasons journalism even exists — to evaluate things on behalf of the reader to help with a buying decision. My comparison could help you decide if this low-cost sport roadster is for you, and also if Forza 7 is worth buying as a way to drive virtual cars in simulated race tracks few of us would ever visit. 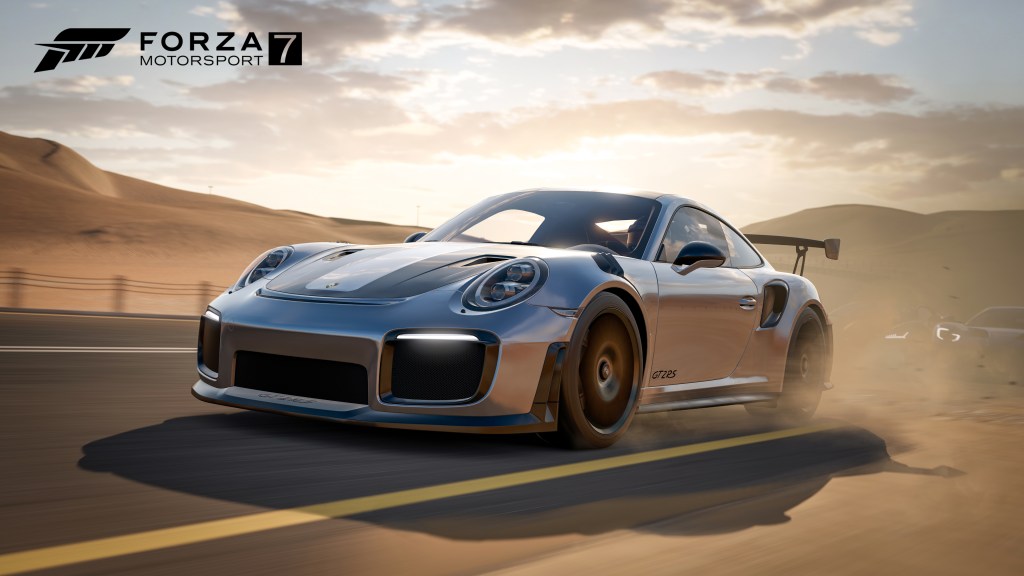 Now, you should know that developer Turn 10 Studios has told me many times that the cars you drive in the game are based on the actual specs from the manufacturer. Forza is even more focused on realism this time around, putting you into the seat of iconic supercars and several mainstream vehicles (like the Miata) on some famous tracks, like Mazda Raceway Laguna Seca in California, the Indianapolis Motor Speedway, and a few in Europe. The whole idea is to make you feel like you are actually in a real car on a real track, although the devs also are quick to point out that the game is meant to be fun and not a hardcore sim.

That said, you do feel like you are in a Miata. I’ve driven the 2016 version that’s in Forza many times, the 2017 model (mostly unchanged), and the newer RF version with a hard top design. The Miata has a 155-horsepower engine, which makes it a bit sluggish in the real world, but the one thing I’ve always liked is that the small convertible is low to the ground, so the perception you get driving it on a real road is that it feels nimble around corners. When you drop down to third or fourth to get a little speed boost, it’s really fun to drive. The other realization you have is that, at 155-horsepower, the 0-60 acceleration is not exactly in the “push you in the back of your seat” category. The car is meant for quick cornering and driving on sunny days with the top down. It’s mostly a style statement; the engine is not powerful.

So what about the game? I bought the MX-5 right away with the credits you get just for starting out, and I immediately started testing the virtual car on multiple tracks. Turn 10 Studios nailed the slightly sluggish acceleration, likely based on using the same horsepower spec. In one race, it felt like I the side angles moved past me in slow motion, which is exactly how it should be. (Other racing games like the Need for Speed series might model the acceleration correctly but the side angle still seems to zip past at the same rate in most cars.) 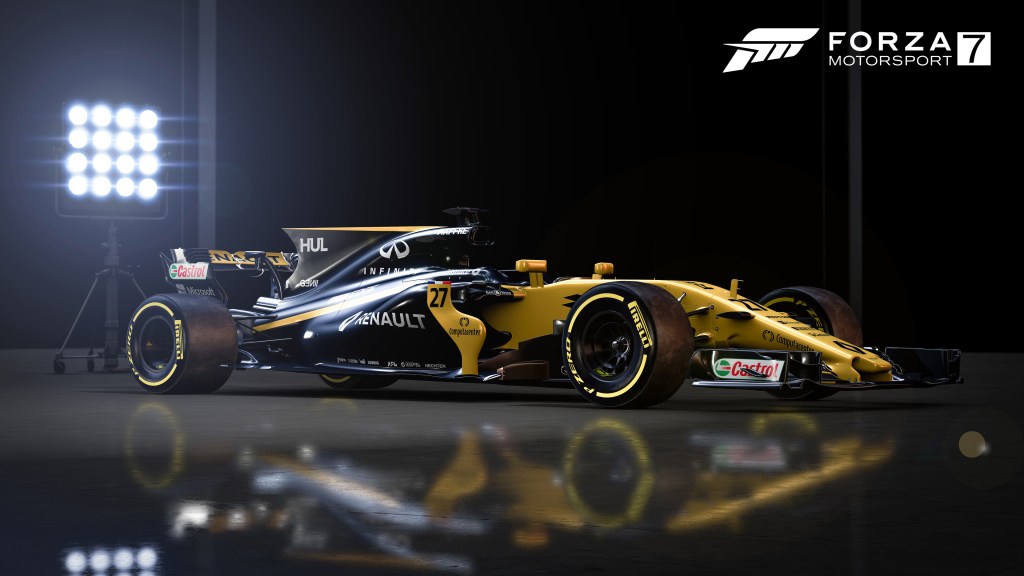 The handling is hard to mimic. The real Mazda has a “feel” that’s low profile; your sight lines are lower, and you can feel the road. In Forza 7, after multiple tests, I started to feel like the car could have been angled lower or the modeling could have been tuned to make you feel like you are in more of a rally car. This is where a pure transfer of specification to feel in the game doesn’t work. I wanted the Miata to feel more like a go-cart on a Sunday afternoon, but it ended up feeling more like a Ford Focus for some reason. (The normal Focus is around 123-horsepower, so in theory it’s in about the same league as the MX-5.)

That’s not really a fair criticism of Forza 7, because this is all about perception. At 6-foot-2, I’m too tall for the Miata (with the top closed, it’s a little comical) so of course, it feels like this small sporty car is low and sleek, but maybe to someone shorter, it feels about right. In the game, it;s hard to make a car feel low to the ground, because — compared to the skyline, the stands, the trees, and everything else — every car is low to the ground. A few inches won’t matter in the game, but they definitely do when you drive real cars.

That said, I did like how the virtual car took corners. It’s a similar rally car feel in the real world, a quick spindle turn, a quick jerk of the steering wheel to get around a corner. Other than feeling like the car was not low enough, I did feel like it was a Miata. The acceleration felt about right, the overall handling, and the design were spot on. Likely the only way to make a car feel lower will be when virtual reality really becomes the best way to test virtual cars.