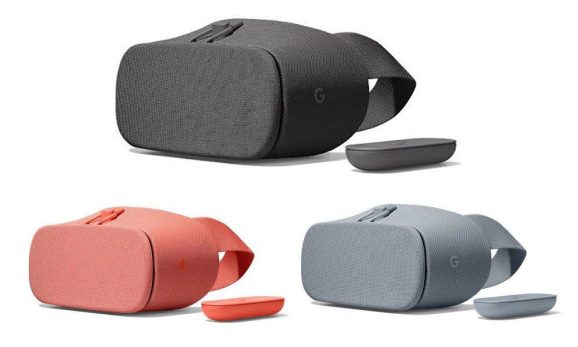 Google has a new holster to turn your smartphone into a virtual reality head-mounted display. During the company’s hardware event today in San Francisco, Google showed off its refined Daydream View that will sell for $99. This is an update to last year’s $80 View, which turned the Pixel smartphone into a headset.

The new View features a number of improvements. Its overall design is more solid than than 2016 model, which used a soft cloth material for its body. The 2017 chassis will also come in a number of new colors. Google also upgraded the lenses to improve the field-of-view. People can use the View to access VR apps on Google Play, and they will now find more than 250 apps that support that ecosystem. And you can now cast those VR apps to the TV so your friends and family can see what you’re seeing.

But View is still basically unchanged in terms of its core functionality from last year. It will still strap your smartphone to your face so you can look into a stereoscopic three-dimensional simulation. It comes with a motion controller that straps inside the device when it is not in use.

This is confirmation that Google is still pursuing virtual reality. The company recently made a deal with HTC, the company that makes the excellent PC-based Vive VR headset, to acquire the team that made the Pixel smartphone. But that deal also had Google investing cash into HTC’s VR business.

Google has its Daydream VR initiative on mobile, but it is also developing its ARCore augmented reality technology at the same time. The new View is still a VR-only product, but Google could slowly evolve that via its partnership with HTC into products that incorporate VR and AR in one mixed-reality consumer device.