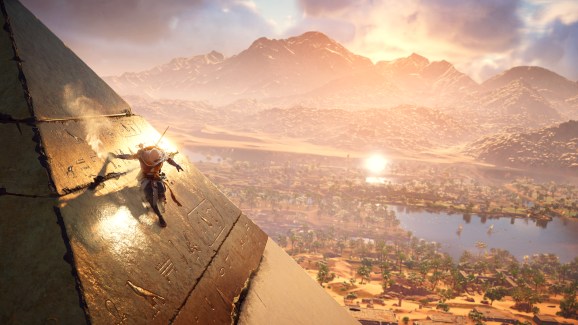 Ubisoft is stepping its defense against Vivendi’s hostile takeover attempts. The video game publisher, one of the giants of the industry, announced today that it granted a mandate to an investment services provider to buy back up to 4 million of its own shares. It can do this from today until December 29.

As of September, Vivendi had about 25 percent of voting rights, while the Guillemot family (which owns Ubisoft) has about 22 percent. If Vivendi goes over 30 percent ownership, it is obligated under French law to attempt a takeover of Ubisoft, which has a valuation of $6.4 billion. If Vivendi fails in that attempt, it has to sell off shares to go back under 30 percent. Ubisoft’s 12,000 employees own about 6 percent of the shares.

Ubisoft buying more shares will make it more difficult for Vivendi to reach 30 percent ownership. This will give the Guillemot family a better chance to hold onto its company.

Ubisoft is releasing some big games in the coming months, including Assassin’s Creed: Origins, Far Cry 5, and South Park: The Fractured but Whole. The publisher has already had significant hits in 2017 with games like For Honor and Ghost Recon: Wildlands.