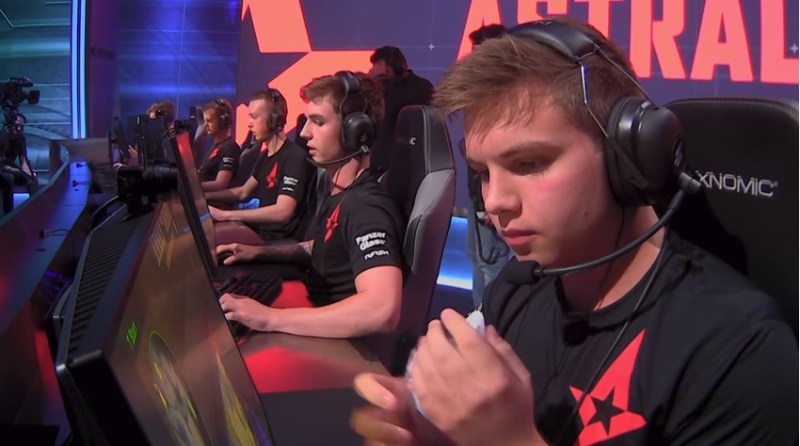 Above: The stakes are high in ELeague competitions.

GamesBeat: But it’s important that it reaches millennials.

Barry: Right. That’s definitely a benefit. No network, no sport can match the age demographic of esports.

GamesBeat: Does CS:GO represent an ideal in some ways, as far as the style of sport?

Barry: CS: GO has a low barrier to entry to some degree. It’s five on five, terrorists versus counterterrorists. There’s an economic system in it that’s somewhat complicated if you don’t know how it works. But much like the World Series of Poker — people have played poker for hundreds of years. Nobody gave a shit about it until the hole cam. The hole cam gave you the ability to get in the subconscious of the player, which ultimately made it super interesting.

Counter-Strike kind of has that. With the X-rays and the ability to see things on-screen that the players can’t see, it gives you the ability to be in the mind of the player. “Don’t go there! He’s right around the corner!” There’s this greater influx of information that makes it easier to understand. It helps you determine why people do what they do on the screen. Is it easier than Rocket League? It’s definitely easier than a MOBA. Overwatch is super frenetic and hard to watch. Street Fighter is probably the lowest common denominator: two guys on the screen fighting with life bars. For the most casual fan, that’s probably the easiest consumption lift.

I’m also really bullish on [PlayerUnknown’s Battlegrounds]. It’s a super interesting model. It lends itself, if done correctly, to a great narrative. One-hundred people drop in, and one comes out. It’s very much like reality TV, like Survivor or Amazing Race. Once the model is built — obviously, you can’t watch 100 people at once, but once we can create a narrative around it, it’s a super interesting model from a content-consumption standpoint. Not necessarily from a pro-gamer standpoint — but for consumers and the community, it could be super interesting.

As games start to evolve — again, I don’t think you’ll see 25 esports games in the next two years. You’ll see one, maybe. We don’t decide. The publishers don’t decide. The community decides what’s going to be an esport. I don’t see that changing. The one example of a publisher that’s done that well is Blizzard with Overwatch. That was an esport before it came out, before the community had played it. That’s an interesting case study. But ultimately, the acceptance and the connection to a game as an esport will be up to the community. 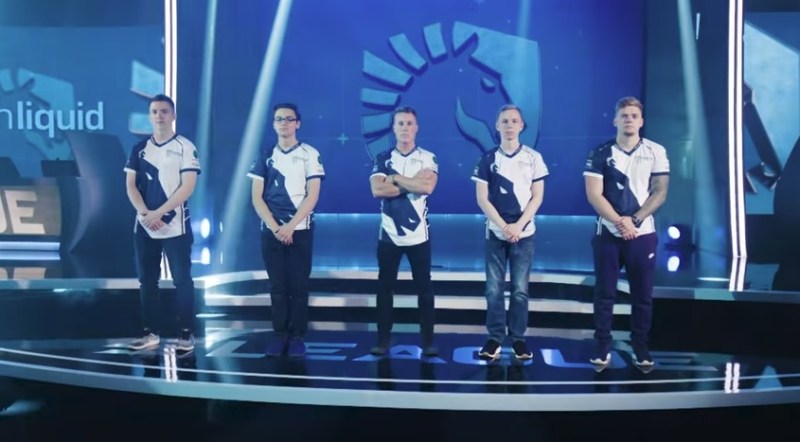 Above: Team Liquid on the ELeague stage.

GamesBeat: As far as that revenue-per-fan number Newzoo has called out, what do you think will affect that?

Barry: That was something like $3, versus $15 for the NBA and $75 for the NFL? I don’t know. But look, it’s infancy. I’m sure the NBA was still in its infancy five years in, on its way to being a successful sports media platform. It was probably pretty similar. I’m not going to read too far into that. It’s also highly digital right now. We’re not paying billions of dollars in rights fees. It’s relative.

GamesBeat: Maybe the broadcast numbers would make up a big part of that difference.

GamesBeat: I’ve been writing about this idea of the leisure economy, that one day, we’ll all get paid to play games. Journalists, streamers, esports athletes, these are people getting paid real money for jobs that didn’t exist before. So, why can’t that be the case for most people?

Barry: In the last five years, there’s this entity that’s bubbled up. Never even existed until five years ago. We know them as influencers. Influencers represent a certain scale of people. Again, it all goes back to creating awareness and selling the brand.

Especially, with in-app purchases and stuff like that, we’ll never be paid, per se, to play games. But there will be an opportunity to win money. I call it the Wonka ticket effect. Words with Friends goes out and says, “Hey, anybody can play, winner-take-all, at the end of six months, whoever bubbles up the ladder gets a million dollars.” All you have to do is download it, maybe pay 99 cents to enter. They have 120 million people playing that game, something like that. It’s ridiculous.

Or let’s take Clash Royale. All of a sudden, you have this thing out there where everyone who thinks they’re good enough — let’s say it’s only 20 percent. That’s still 20 million people who think they’re good enough to play for a million-dollar prize, so they’re in. Those opportunities — I think you’re kind of talking about virtual currency. You play, I pay. That will exist. It already exists. You play enough, you grind, you get paid — not in real currency but maybe eventually in Bitcoin? Who knows?

If you go back in history, our commerce, whether it’s e-commerce or physical retail — it’s no different from getting 20 percent off here or 50 percent off there. But I don’t think it’ll ever get to a point where you’re getting paid more than you’re contributing. I’m not an economics guy, though.

GamesBeat: When AI eliminates all our jobs, maybe we’ll get paid to play for the data we generate.

GamesBeat: How do you think the industry consolidates as audiences amass much more influence?

Barry: For that question, O&Os are good for that. If you own and operate the league, that means from top to bottom, like Riot. Even Riot is not a true O&O because they don’t own the teams. But let’s look at what the NBA is going to do. They’re going to do a league. The teams will be offshoots of real NBA teams. The NBA is going to govern the entire thing. That has the opportunity to standardize the community for that game and that ecosystem and keep it governed, so it’s not the Wild West like the space we’re currently in.

I feel like the space we’re in now — I hear everybody reference the Wild West. It’s the cost of doing business. This is where it is now. It’s the same when the internet first arrived and when social media first arrived. It’s a disruptive influence, and I mean that in a good way. It’s disruptive technology, content, entertainment. It’s coming in and seeding itself in all these different ways. It’s going to adhere to things really well. It’s going to be super additive. It’s going to disrupt and turn other things on their heads. 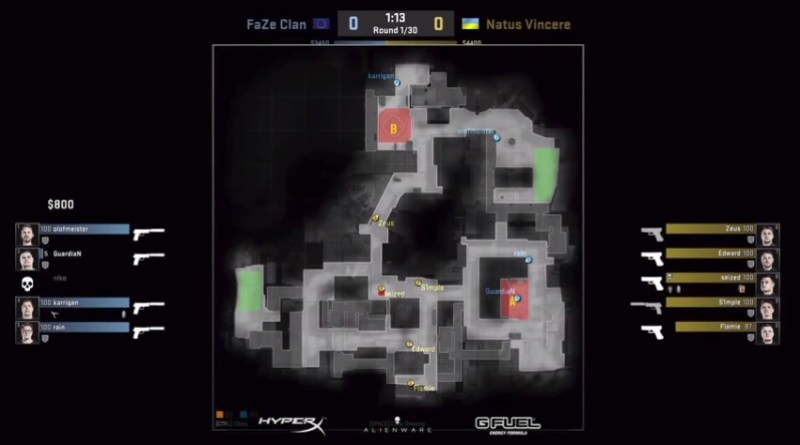 Above: Counter-Strike: Global Offensive can be easier to follow than other games.

GamesBeat: The Overwatch League, with the investors it’s attracted — it’s getting to some interesting milestones.

Barry: The problem I have with Overwatch is it’s hard to watch for a consumer. It’s super fun to play, but it’s hard to watch. We’ll see. I’m sure they’ll fix that. They’re the publisher, right? They own it, so they can adjust.

For a lot of people, it’s the shiny thing. They’ve dropped X amount of investment, and they’re expecting this fast, aggressive return. Like anything, I don’t think it works that way. It’s a marathon, not a sprint. You have to go into it strategically correct and understand — we’re learning piecemeal. First, we had to learn about the community. We had to learn about the ecosystem. We had to apply what we do there. Now, we’re learning about the domestic market and the global market. We’re learning about the integration of sponsorship and brands and advertisers. It’s ongoing. If you come in looking for lightning in a bottle, you’re probably going to fail.

There’s not that many companies out there, I don’t think. ESL and MLG, ourselves, some NBC stuff, a little bit of ESPN. There’s not that many content creators and distributors. BAMTech made a big investment in League of Legends and Riot. That was an interesting deal. I’m sure, in that big number, a lot of it [is] service related. A lot of it is IP. I’m sure Disney loves the League of Legends IP for content creation.

I don’t know about a specific percentage of the population, so I won’t speculate. But over half of the population has engaged with a video game at some point in their life. It’s embedded in our culture and has been since Pong in the 1970s, this interest in technology-generated entertainment platforms.