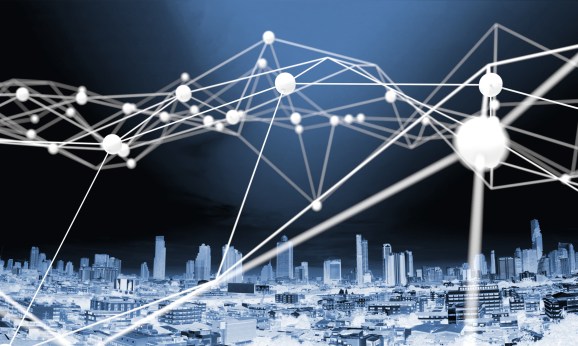 An increasing number of people want to fix the flaws of the internet by decentralizing it, including Sir Tim Berners-Lee, the father of the world wide web, Mozilla Foundation, the nonprofit organization that supports the Firefox browser and other open-source tools, and Richard Hendricks, the protagonist of HBO’s Silicon Valley.

But what’s wrong with the current internet, and isn’t it already decentralized?

The internet is physically decentralized; no single entity owns it. But large, centralized services support its critical components such as web hosting, cloud computing, DNS services, social media, search engines, email services, and more. These services rely on resources concentrated in a limited number of physical or virtual servers. This approach makes it more convenient for companies to keep their services maintained.

But the same centralized architecture has created problems. If the servers of these entities go down, we lose access to vital functionality. If they get hacked, we lose our data. If they decide to monetize our data in unlawful ways or hand it over to government agencies, we likely won’t learn about it. If they decide to censor or prioritize content based on their interests, we won’t be able to do anything about it.

In short, we’ve entrusted these entities with too much power, and they’ve become too big to fail.

In a fully decentralized internet, instead of one or a few organizations running the system, a community of users and a network of independent machines would own and power these vital services. This would make them more resilient to failures and hacks while ensuring no single entity can use them in nefarious ways.

Many experts believe blockchain, the technology that is already decentralizing monetary transactions among other things, is the key to solving the decentralized internet puzzle. At its core, blockchain is a distributed ledger that enables a large number of parties to share resources and information without having to trust each other or any central broker. Several companies are now employing the technology to create decentralized versions of vital internet services.

Distributed denial of service (DDoS) attacks have become a favorite tool for cybercriminals who want to shut down websites. And they’re relatively easy to stage on centralized systems. All an attacker has to do is gather enough firepower and direct it at the web servers that are hosting the target website. The target has to increase its computing resources in order to stay online, an endeavor that is costing hosting companies hundreds of millions of dollars every year.

Blockchain-based platforms fend off DDoS attacks by replacing centralized servers with thousands of nodes, each of which serves a part of the website. Consequently, attackers have no single target to hit.

An example is Gladius, a blockchain startup creating a decentralized content delivery network (CDN) and DDoS mitigation system. Gladius uses the blockchain to distribute files and assets across  thousands of computers that share its network. When users sign up with the Gladius network, they can rent out their computer’s idle time, storage, and bandwidth to host websites and receive cryptocurrency in exchange.

Gladius uses self-executing “smart” contracts that run on the blockchain itself to administer and allocate the resources of the network and manage payments. There are several benefits to Gladius’ model. First, it removes centralized storage locations, making DDoS attacks much harder and reducing the costs of hosting websites. Second, it can speed up access to websites by bringing cached content much closer to visitors. And third, it creates an incentive for users to share their idle network and computing resources.

Nebulis, a project that employs blockchain and the Interplanetary Filesystem (IPFS), a distributed alternative to centralized web servers, aims to create a decentralized domain name system (DNS). DNS services are critical to enabling users and businesses to access web services. When you type the domain name of a website into your browser, a DNS server translates that name into an internet address (IP address) and helps you connect to the host.

Last year, an attack against the servers of Dyn, a large provider of DNS services, caused a major internet outage across large regions of the U.S. and Europe and cut off users from vital services such as PayPal, Github, and the App Store.

Nebulis expects to prevent this kind of failure by storing, updating, and resolving domain records on the Ethereum blockchain. As a result, hackers won’t be able to disrupt DNS services by targeting their servers. A distributed DNS on the blockchain would also make it exponentially more difficult to stage man-in-the-middle attacks or practice censorship and domain redirection by manipulating DNS records.

To use today’s centralized internet services, you’re forced to trust them with your data. But many things can go wrong under this model. One example is the 2013 Yahoo data breach, which gave hackers access to the data of more than 3 billion user accounts. More recently, a data breach at credit reporting agency Equifax gave away sensitive information belonging to more than 143 million people. In both cases, hackers had obtained access to the servers of the breached companies.

But hackers aren’t the only people you need to fear. Companies that hold your data can mine it for their own business purposes, share it with government agencies, or sell it to third parties all without your consent.

One of the benefits of blockchain is that it lets you use applications while retaining ownership of your data. By storing data across a distributed network, blockchain applications obviate the need for centralized storage and ensure that only the true owner will be able to access it.

Storj, a decentralized version of Google Drive and Dropbox, uses blockchain to split files into smaller bits, encrypt them, and distribute them across the many nodes participating in its network. People who make their computer’s storage space available to the network receive cryptocurrency rewards. Storj solves two specific problems. First, it makes sure that your files aren’t stored in a central location, where a service provider or a potential cybercriminal can gain access to them. And second, it speeds up file access speed by letting users download their files piecemeal from several locations at once.

CryptaMail and John McAfee’s SwiftMail apply the same pattern to sending and receiving emails. The services encrypt messages and store them on the blockchain. Only the receiver of the message has the decryption keys. Distributed email services prevent wholesale theft of user data.

And decentralized social networks such as onG.social and Indorse store their data on the blockchain and run their services through smart contracts, making it impossible for the service provider to invade user privacy. Users get to choose how they share their data with the network and receive cryptocurrency rewards for adding value to the network.

Putting the pieces together

A fully decentralized internet will have its own challenges, but its key promise will be to provide robust services that can’t be compromised or owned by any single organization, a distributed network that gives its users full control of their digital life and ensures privacy and equal access. If such an internet is destined to arrive, blockchain will surely be one of its principal building blocks.