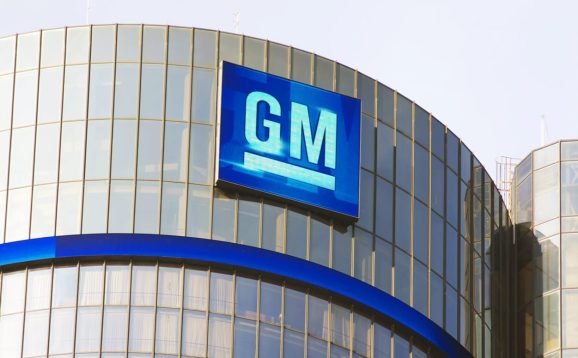 General Motors (GM) announced that it has acquired lidar technology startup Strobe, whose engineering team will now join GM’s Cruise Automation division to “define and develop next-generation lidar solutions for self-driving vehicles,” according to a press release. Terms of the deal were not disclosed.

Lidar, if you’re new to the concept, is a method of surveying the environment using laser-powered light. For autonomous vehicles to traverse busy streets at high speeds they must be able to identify and understand the environment around them, something that becomes all the more challenging when you factor in environmental factors such as poor lighting or bad weather.

Founded out of Pasadena, California in 2014, Strobe has been working to reduce the size and cost of lidar technology without compromising performance, though little is known about the company’s efforts so far. What we do know, however, is that any company seeking to bring self-driving vehicles to public roads will have to equip them with high-quality cameras and sensors, which is why we’ve seen a spike in investments around lidar technology of late. In the past two months alone, two Israeli lidar companies — Innoviz Technologies and Oryx Vision — raised $65 million and $50 million, respectively.

“The successful deployment of self-driving vehicles will be highly dependent on the availability of lidar sensors,” said Julie Schoenfeld, founder and CEO of Strobe. “Strobe’s deep engineering talent and technology backed by numerous patents will play a significant role in helping GM and Cruise bring these vehicles to market sooner than many think.”

GM hasn’t made many acquisitions in its history, but it did dole out more than $1 billion last year for Cruise Automation, a self-driving car company that develops autopilot systems for existing cars. As it works to keep pace with others in the autonomous vehicle space, including Google and Intel, GM clearly sees Strobe as an important part of its mission bring prices down while enhancing the “eyes and ears” capabilities of self-guiding transport.

“Strobe’s lidar technology will significantly improve the cost and capabilities of our vehicles so that we can more quickly accomplish our mission to deploy driverless vehicles at scale,” added Cruise Automation founder and CEO Kyle Vogt.

Everyone knows GM as the century-old car company behind such major brands as Chevrolet, Buick, Cadillac, and Vauxhall, but it is in danger of being usurped by tech companies that have branched into autonomous car technology. However, this is a moment when both sides can bring something to the table. Modern-day tech companies such as Google have continued to rely on the manufacturing smarts of traditional car firms in their push to bring autonomous vehicles to market, and, conversely, traditional car manufacturers have turned to fledgling tech firms as they look to future-proof themselves. Self-driving cars are very much where the technology and automotive industries converge.