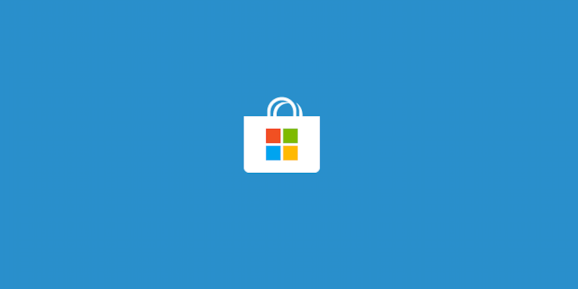 During its Windows Developer Day event today, Microsoft launched the Windows 10 Fall Creators Update software development kit (SDK). Developers can download the new SDK now from developer.microsoft.com/windows. At the same time, Microsoft has confirmed that the Windows Store has been rebranded as the Microsoft Store.

Windows 10 is a service, meaning it was built in a very different way from its predecessors so it can be regularly updated with not just fixes, but new features, too. Microsoft has released many such updates, including three major ones: November Update, Anniversary Update, and Creators Update. The fourth major update, Windows 10 Fall Creators Update, is slated for release next week on October 17.

Back in October 2016, Microsoft revealed that its PC partners would be shipping Windows 10 VR headsets in 2017, starting at $299. The first ones are arriving on October 17, including from Dell and Lenovo. Acer, HP, and Samsung will also offer headsets in time for the holidays. Asus will have a headset ready for spring 2018.

For developers, Microsoft is promising that Windows Mixed Reality offers unique opportunities because their work can be reused across a broad range of devices. The company is also touting the Microsoft Store as “an unrivaled discovery opportunity on any PC digital store.” That’s a bold promise given that the first headsets are only launching next week and nobody knows how well they will fare or how many people will come to the Microsoft Store to download mixed reality apps and games.

As for modern applications, the Fall Creators Update introduces the Windows application packaging project in Visual Studio 2017 version 15.4, which lets developers utilize the app packaging without having to convert their existing installer. Just add the project and you’re done. Doing so brings a few benefits: All the APIs that have been added to the Windows Platform are available to the app; the deployment system in Windows 10 can be used to only download the app’s updated bits rather the entire package; and .NET Standard 2.0 is integrated to let developers reuse their code across devices with Visual Studio.

In terms of design, Microsoft wants you to know that the Windows 10 Fall Creators Update “provides a comprehensive solution for creating apps with Fluent Design in a way that’s simple, powerful, and flexible to your needs.” Developers can expect UX building blocks, guidelines, samples, tools, and community support. If you want to make your app or game use the latest Microsoft design language, head to developer.microsoft.com/design.

Microsoft Graph and Project Rome in the Fall Creators Update let developers drive user engagement across apps, devices, and platforms. Device relay allows users to continue what they’re doing right now but on a different device, and Activity Feed allows them to pick up an activity they were doing in the past and continue it later. The Remote Systems APIs enables communication with the user’s devices across Windows, Android, and iOS. We got a taste of Microsoft leveraging these functionalities last week with Edge and Microsoft Launcher.

Last but not least comes monetization, with a particular focus on game developers. The Expanded Resources feature in the Fall Xbox One Update gives developers access to 6 exclusive cores, 5GB of RAM, and full access to the GPU with DX12. The workload-based installer in Visual Studio 2017 optimizes the install experience for game developers so “you get everything you need and nothing you don’t.” Mixer SDKs are available for the major game engines and languages, with Microsoft promising “you can make something cool in less than an hour.”

The new Microsoft Store branding deserves some explanation. Last month, the company rolled out the change to Windows 10 testers via its Windows Insider Program (notice the new logo at the top of this post).

When we asked the company about it at the time, we got a generic response. “We are constantly evaluating features in Windows 10 through the Windows Insider Program in an effort to improve the customer experience,” a Microsoft spokesperson told VentureBeat.

But today, the change is official.

“Rolling out this month, customers can expect a unified look and feel for the Microsoft Store across Windows 10 and Xbox devices that will give them a simpler experience for how and where they discover, explore and purchase products and content,” a Microsoft spokesperson told VentureBeat. “Microsoft Store — whether shopping in a physical store, online, or through your Xbox or Windows 10 device — is the best destination for customers to seamlessly discover, experience, download and buy the latest products and content from Microsoft and its partners, including hardware, games, entertainment, apps and more.”

This might be a bit confusing given that the naming is identical to the company’s online and retail stores. It’s likely we’ll see more non-Windows 10 content in the store, though, which already offers more than just Windows 10 apps and games, but also music and video that are of course not specific to the operating system.