Daybreak Games‘ H1Z1: King of the Kill is fighting back against the popularity of Bluehole’s PlayerUnknown Battlegrounds. Daybreak is announcing that it will partner with Twin Galaxies to create the H1Z1 Pro League, an esports tournament for Daybreak’s version of the battle royale game.

San Diego, California-based Daybreak Games hopes that H1Z1 will take off as a spectator sport akin to traditional sports like baseball, football, and basketball. And the company believes the game has a good chance to succeed as an esport because the game’s last-man-standing gameplay is easy to follow and understand.

“It’s a new kind of eleague,” said Anthony Castoro, general manager of H1Z1 at Daybreak, in an interview with GamesBeat. “This is now esports 2.0. You can get non-endemic sponsors and big audiences. The business of esports is growing up. The H1Z1 Pro League is a big step to getting to esports 2.0 in 2018.”

H1Z1 had a dry run as it debuted on The CW Network channel on television back in April, and the Fight for the Crown broadcasts did really well, Castoro said. 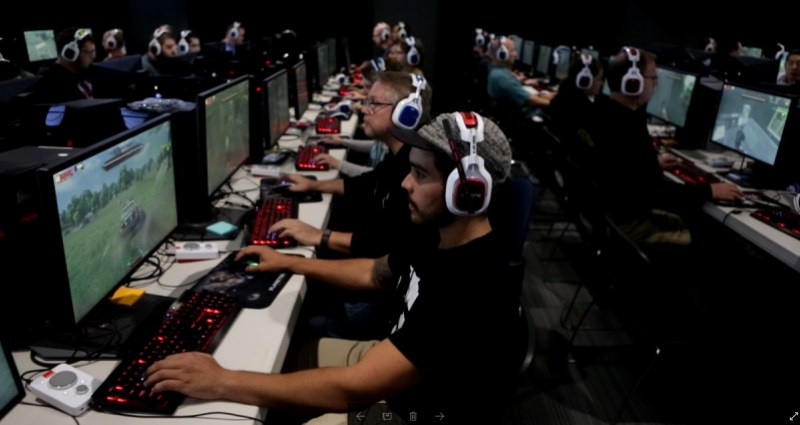 “H1Z1 is very watchable, because of the basic game and the way the combat works,” Castoro said. “It’s a lot of fun to watch. We expect the game will be bigger in viewership than it will be in players. There are more people watching in traditional sports than are playing. H1Z1 has a huge opportunity. People get it immediately. They’ve seen The Hunger Games. They get the idea almost instantly.”

Stratton Sclavos, board member at Twin Galaxies and a partner at Vision Venture Partners, said in an interview that Twin Galaxies is setting up best-in-class esports leagues, tournaments, and special events.

H1Z1, a two-year-old game, did a combat update about six weeks ago, and the game saw an increase in players. Castoro believes the genre will grow, and no single game like PlayerUnknown Battlegrounds will dominate the landscape.

The H1Z1 Pro League will cater to players when it launches its first season in early 2018. The league will have 15 teams that compete over the course of two 10-week seasons per year, leading to a championship in late 2018. There will be no fees or buy-in costs for teams to take part in the league, and the teams will be selected through an application process that begins this fall.

There will be a dozen or so cameras being monitored of player activity, so that the broadcast views can be switched to the most interesting scene at any given moment. It’s not as frenetic as Counter-Strike: Global Offensive, but there is enough action where “you are not watching someone hiding in a building,” Castoro said.

“We think this will change the way we view esports,” Castoro said. 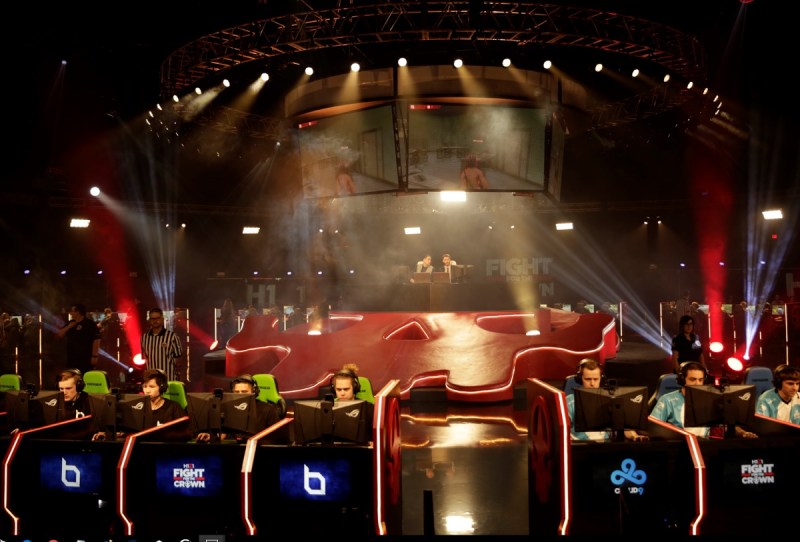 Above: H1Z1 will get a fancy stage for its first esports season.

H1Z1: King of the Kill pits 150 players against each other in the world of the zombie apocalypse. You join a team, search for weapons, ammo, armor, vehicles, and supplies. And then you go to war to be the winning team.

Daybreak Games spun out of Sony’s game business in 2015. It has more than 400 employees.

Twin Galaxies, which was started by Walter Day in 1981, is a, and it is known for being the entity that kept the records on high scores for the arcade game industry, as depicted in the 2007 film The King of Kong: A Fistful of Quarters. The company focuses on the professional community verification and adjudication of video game world records and the compilation of esports stats and data.

Daybreak and Twin Galaxies have set up rules that will be player friendly. The Pro League Player Bill of Rights guarantees that the competing esports athletes will have the right to participate in the league based on a talent competition; the right to equal chances for success; the right to fair and equal governance; the right to minimum compensation so that all players have a livable wage; the right to share in the leadership of the league; and the right to appeal penalty decisions.

Disclosure: My daughter did an internship at Daybreak during the summer.