Facebook said today that its Oculus avatar characters for virtual reality will be upgraded to be more realistic, and they will be available across platforms in SteamVR and Google Daydream VR apps.

Christina Womack, product manager at Oculus, said onstage at Oculus Connect that the cross-platform use of avatars was the most-requested feature for the avatars, which can be used in VR games or Facebook Spaces, a social VR platform. 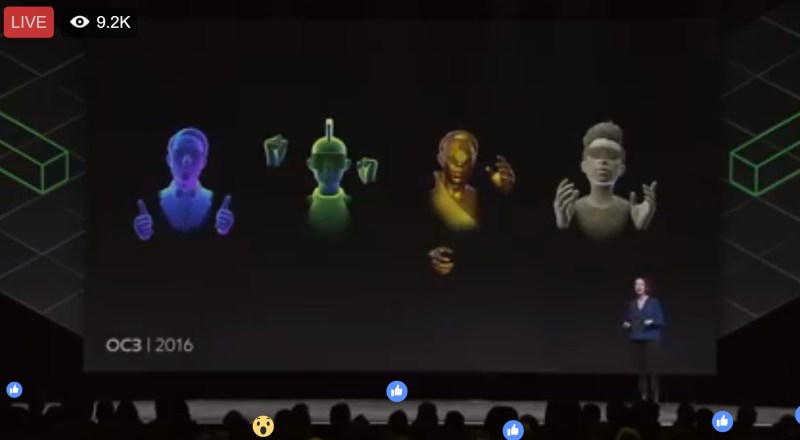 Now you can change your hair color, facial features, and unlock trillions of permutations for customizing your avatar, Womack said. You’ll have new options for clothing, accessories, facial movements, and more. Avatar eyes will now track objects in VR and appear more humanlike, Womack said. The new avatars are coming 2018.

The improvements include skin shading, clothing options, lip-syncing that matches spoken words, and eye tracking. On stage, Womack showed how a character’s eyes could watch balls being juggled in real time.