It’s been a few weeks since iOS 11 rolled out to compatible iPhones, and hundreds of apps now utilize the augmented reality capabilities of ARKit. Though some apps only have AR features as an add-on, there have been a steady stream of releases that are ARKit exclusives. In that category, games are coming out on top, according to market analyst Sensor Tower. Although games make up only 35 percent of ARKit-exclusive apps, they represent 53 percent of AR downloads and 62 percent of revenue. 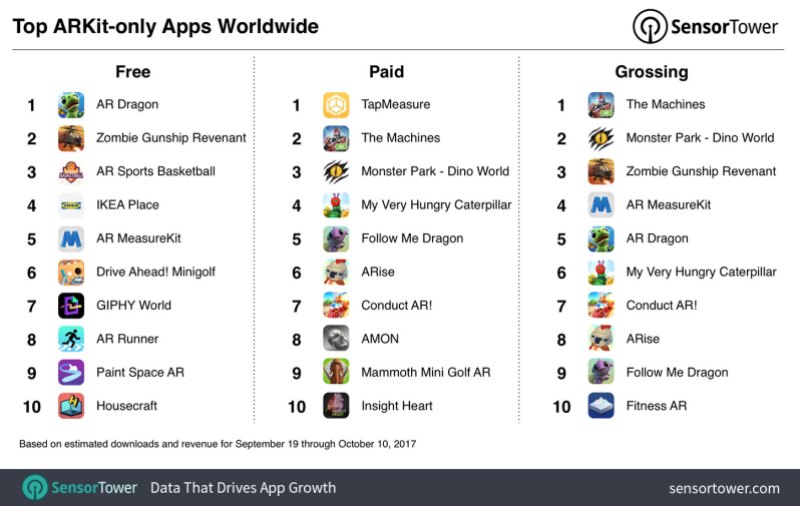 PlaySide Studios’s AR Dragon is top of the free-to-play chart and it accounts for 20 percent of ARKit-exclusive downloads in the unpaid category. Directive Games’s The Machines is No. 1 on the paid games chart.

Utilities have also seen success. A number of measuring apps sit in the top 10, such as AR MeasureKit, AirMeasure, PLNAR, and TapMeasure, which is the top paid ARKit exclusive app outside of the games category. Vito Technology’s Monster Park – Dino World, which enables users to interact with dinosaurs, is the top-grossing non-game app and No. 2 grossing after The Machines. 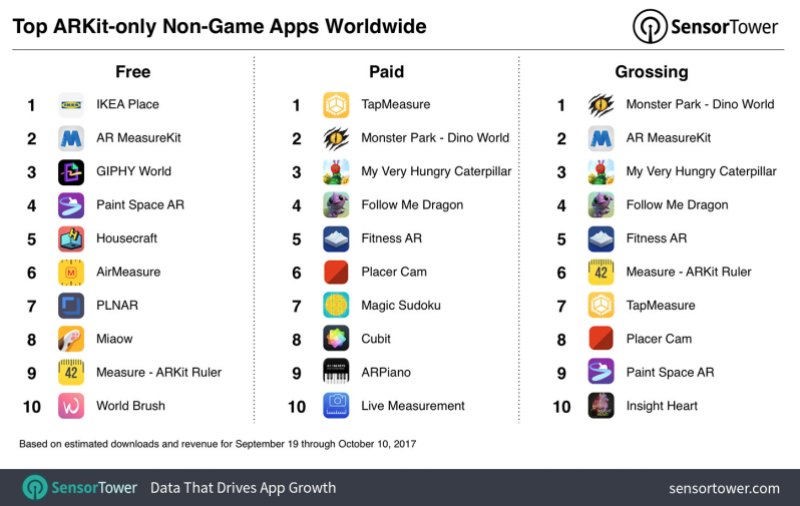 It’s unclear still when AR will reach mass consumer adoption, but if the initial numbers are any indication, games will lead the way.