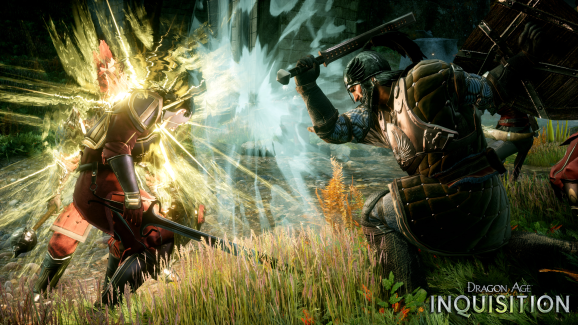 Dragon Age is one of the games that likely helped EA have a great year for digital sales.

BioWare senior creative director Mike Laidlaw announced today on Twitter that he is leaving the studio after 14 years. Laidlaw has worked on blockbuster role-playing game series Dragon Age (a fantasy romp) and Mass Effect (a sci-fi franchise). He didn’t share any details on what projects he will be working on next, but in a tweet, he says that he will continue to stream playing games on Twitch.

GamesBeat has reached out to BioWare’s parent company, Electronic Arts, for comment.

Laidlaw first joined BioWare as the lead story developer and writer for Jade Empire, an action role-playing game that launched in 2005. He also was a writer on Mass Effect. He took on the role of lead designer on Dragon Age before becoming the creative director then senior creative director for the entire franchise. In 2010, he was nominated along with BioWare cofounders Ray Muzyka and Greg Zeschuk for a British Academy Video Games Award for Story for Dragon Age: Origins.