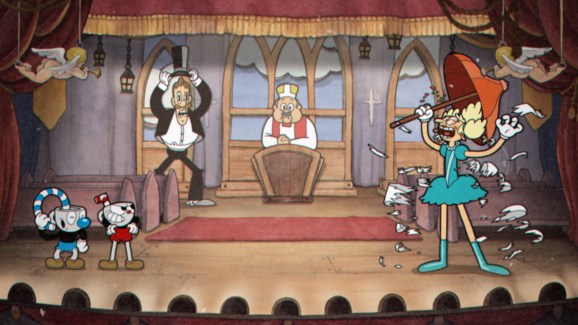 One of Cuphead's great bosses.

From the bottom of our hearts, thank you very much!!! Cuphead has sold over one million copies!https://t.co/nHSCe3oKMo

StudioMDHR started working on Cuphead in 2010, and the studio is only two people, brothers Chad & Jared Moldenhauer. Its stunning 1930s cartoon aesthetic is inspired by cartoonists like Max Fleischer, who animated characters such as Betty Boop and Popeye.

It’s drawn considerable hype ever since it was first shown at the Electronic Entertainment Expo (E3) industry trade show in 2014 as part of Microsoft’s press conference. It was an early part of Microsoft’s push to attract more indie developers to its platform, and it was showcased shortly after the ID@Xbox program was announced in late 2013. It’s a strategy that Microsoft will continue to employ for its newest console, the Xbox One X, which comes out on November 7.