Russia’s Playrix has become a big mobile game player in the past couple of years. It has scored three big hits, and now, it has launched another major match-3 mobile game with Homescapes.

In its first week, Homescapes had more than 7 million downloads on iOS and Android, said Igor Elovikov, creative director at Playrix, in an interview with GamesBeat. Hits like this have enabled Playrix to become one of the top 10 mobile game companies in the world. And it’s a reminder that big mobile game hits can be made anywhere in the world. To date, Homescapes has 28 million downloads and it is in the top 10 downloads in many countries.

Homescapes is a new chapter in the story-based puzzle genre, where you solve match-3 challenges in order to see a new part of a larger story. It is based on the same kind of gameplay as Playrix’s biggest hit, Gardenscapes, and it has helped Playrix retain its position as Europe’s third-largest mobile game developer, behind only Supercell and King. 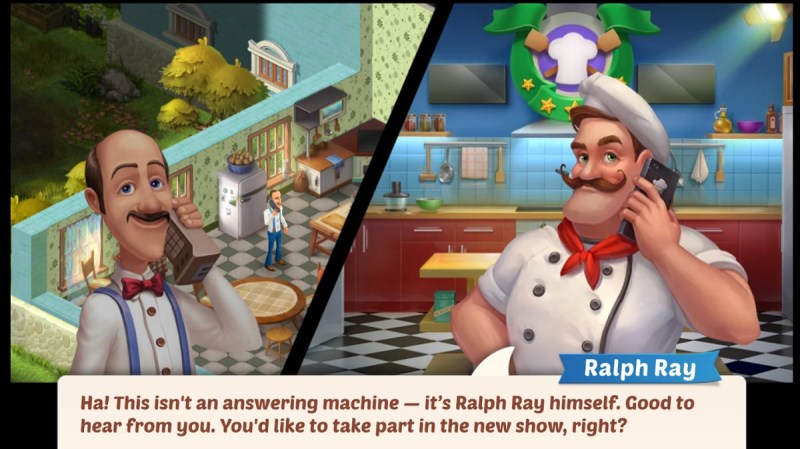 “It’s like a visual novel with match-3 gameplay,” Elovikov said. “It’s more like a spinoff than a sequel to Gardenscapes.”

Playrix’s Homescapes hasn’t done any paid user acquisition, and yet, it has been able to get millions of daily active users through cross promotion with its other titles.

The game depicts a family adventure following the central character’s life in his ancestral mansion. The company launched the game with more than 400 levels, which gives a player a lot of content to stay busy. And for those who have already raced through that content, Playrix is launching updates with more than 25 levels each week.

Players go through the matches and then get a chance to renovate part of the mansion. That gives a player a chance to customize the house and make it unique. More than 100,000 mansion design patterns are available with unique items, so players can create custom interiors. 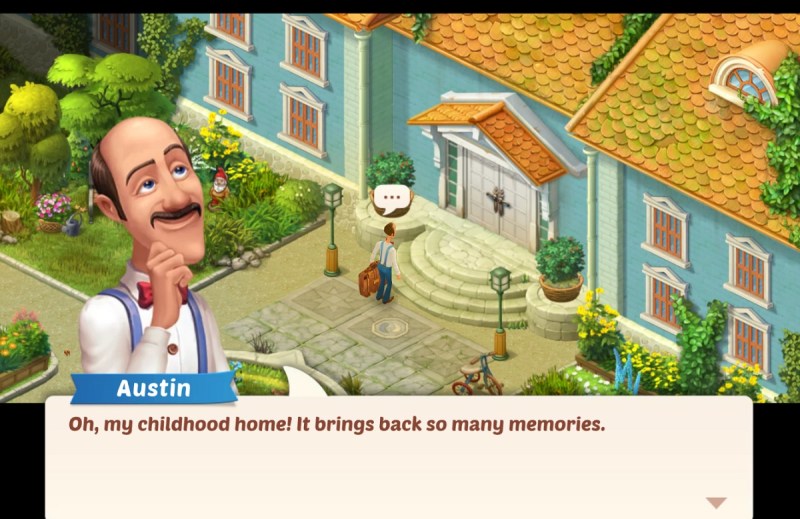 Above: More from Homescapes.

The free-to-play offering took about 18 months for Playrix’s team to build, in contrast to four years for Gardenscapes. A lot of the work went into creating three protagonists with more than 30 supporting characters, whose stories stretch across hundreds of chapters.

“Homescapes started with a small team of 10 people, but it quickly grew to around 60 to 80 people,” Elovikov said. “For us, the release is only the beginning.”

“Our gameplay is … much different from Candy Crush since our metagame is so different,” Elovikov said. “You want to find out what is happening with the characters in the story.”

Playrix is a rare company because it has produced four international hits (including Township and Fishdom, in addition to Homescapes and Gardenscapes). And it has also been successful self-publishing its titles in China and Japan — a rarity for non-Asian game companies. Rather than make fancy high-end games, Playrix specializes in casual releases, such as match-3 experiences and town simulations. Those hits have helped it become one of Russia’s fast-growing companies. 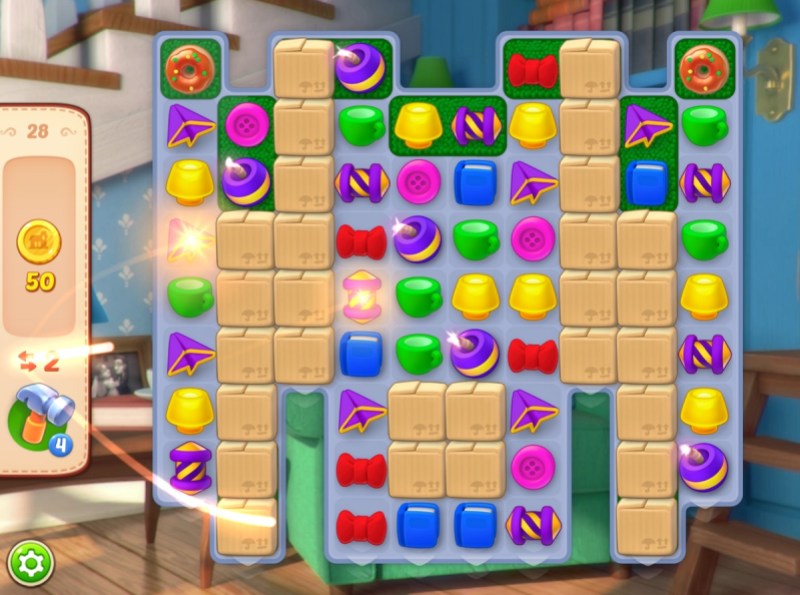 Above: Playrix’s Homescapes is a new match-3 game.

The company has more than 600 employees in Vologda, Russia, and 95 other cities. Low development costs in Russia have helped the company be more competitive and profitable, the founders said. But that’s not the only thing that helps them stand out.

About 15 years ago, during high school, brothers Igor and Dmitri Bukhman started selling shareware programs on the internet in their hometown, Vologda, Russia. They created their first game, called Discovera, which made $70 in its first month.

“At the time, that was a nice figure for us, and so, we were very excited about this. We did that for three years, working from home,” Igor Bukhman said, in an earlier interview. “Then, I graduated from the university. Then, we started Playrix in 2004.”

The company has specialized in casual games for older women for the past 12 years. About 70 percent of the audience is female. At first, their games were published on portals, such as Big Fish Games, which focused on casual PC downloadable games at the time. From 2006 to 2009, Playrix released award-winning games for the PC. 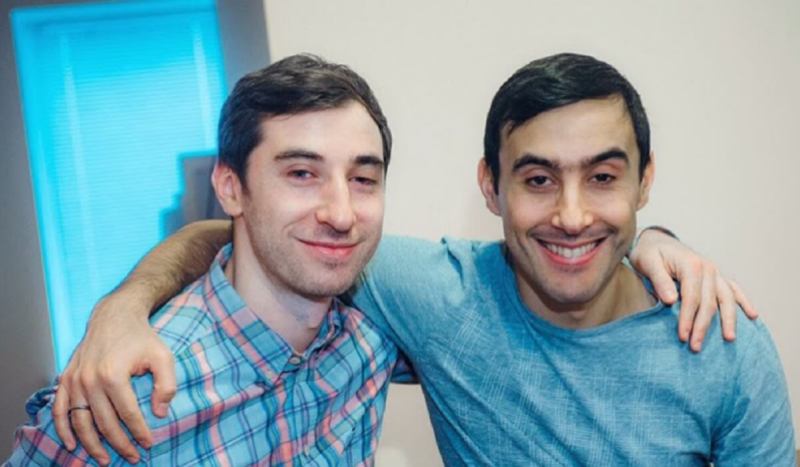 Above: Dmitri (left) and Igor Bukhman, cofounders of Playrix.

By 2009, Playrix started working on free-to-play games, Bukhman said. In 2012, the company shifted yet again and launched its first game on Facebook, dubbed Township. The town simulation game took off and it became one of the top 50 grossing games on Facebook.

But as early as 2010, the company started thinking about mobile. In 2013, the company released Township globally on the iPhone. Although, the game shared the same name with the one on Facebook, it was a completely different game, designed for mobile from scratch. Township has consistently been in the top 50 grossing games for iPad and the top 100 for iPhone since its launch in all key markets. Township has had more than 100 million downloads to date.

In 2014, Playrix started to spread out to new locations. In December 2015, Playrix released its second free-to-play mobile game, Fishdom: Deep Dive. And In August 2016, Playrix released Gardenscapes, which also became a smash hit.

Playrix has more games in development, which will be coming out as early as next year.

“We just want to make casual games that are played by everybody,” Elovikov said.