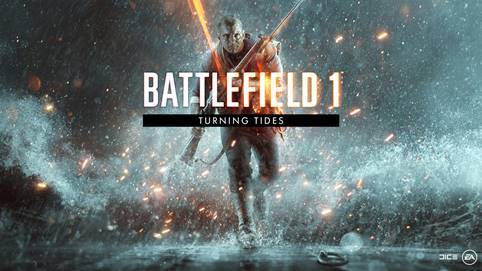 The Turning Tide expansion for Battlefield 1.

Despite what Steven Spielberg would have you believe, he did not invent storming beaches during war. World War I featured multiple operations that involved land and sea, and those conflicts are making their way into Electronic Arts’ and DICE’s Battlefield 1 shooter as part of the Turning Tides expansion due out in December and January.

These kinda content updates are crucial to games like Battlefield because they give the biggest fans a way to spend more money on the game. Publishers are increasingly relying on that revenue to make up for players waiting for discounted sale prices and the increased production costs of modern development.

EA and DICE posted a blog today that details what players can expect in Turning Tide. The new downloadable content is part of the $50 Battlefield 1 Premium Pass, which gets players access to the expansion two weeks before it goes live for everyone else who buys it separately. Turning Tides features four new maps, six new guns, and new military forces for you to play as.

As for the January maps, Heligoland Bight is a naval battle off the red cliffs of Rocky Cove. Zeebrugge re-creates a British assault on a Belgian port, which has players fighting on land, on the water, and in aerial vehicles.

Many of the above scenarios will feature the British Royal Marines, which is new to Battlefield 1. In the game, they are wearing their iconic blue uniforms.

This is the third of four planned expansions for Battlefield 1. They Shall Not Pass and In The Name of the Tsar launched earlier this year. The Apocalypse DLC is due out in 2018.