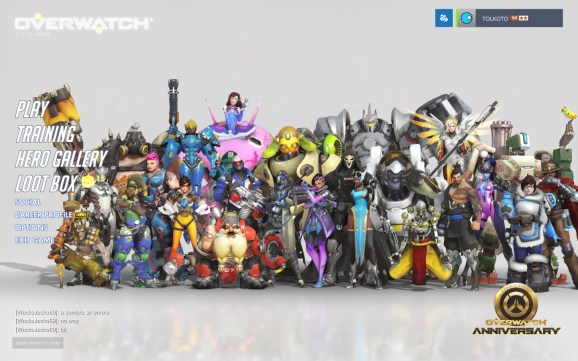 Blizzard Entertainment announced today that its team-based shooter Overwatch has passed the 35 million players mark. Overwatch launched in May 2016 for PlayStation 4, Xbox One, and PC.

Overwatch hit the 30 million player milestone in April. Blizzard’s number is for total players, not active ones. So 5 million people bought Overwatch in about the last six months. While sales aren’t moving at the insane pace they did during its first year, the milestone shows that Overwatch is still attracting new players.

This is an impressive milestone for a paid game like Overwatch. Along with the initial price, Blizzard sells loot boxes that unlock random cosmetic items like new character costumes. Overwatch hosts in-game events, like the current Halloween one, that bring limited-time cosmetics. This encourages those 35 million players to keep playing and spending money.

Loot boxes have become a controversial subject with their inclusion in games like Middle-earth: Shadow of War and Star Wars: Battlefront II, where players can spend money to unlock items that actually make them stronger or give them an advantage. But Overwatch’s loot boxes have remained cosmetic.

Blizzard is working on an extensive esports organization, the Overwatch League. It will feature city-based teams from around the world and promises regular salaries for its competitors. The Overwatch League will start in January.