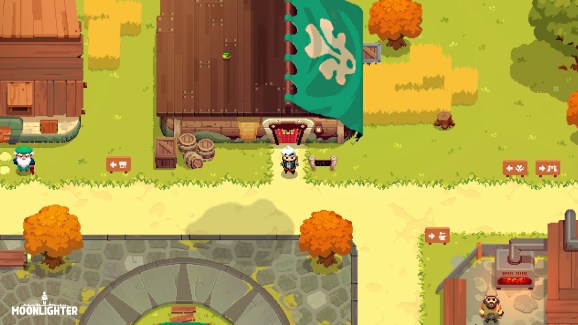 Digital Sun’s debut game Moonlighter is all about pulling a double shift in a fantasy role-playing world. As a shopkeeper by day and an adventurer by night, you’ll be slaying creatures, selling wares, and getting those gold pieces. It’s published by 11 Bit Studios, and it’ll be coming to Nintendo Switch along with PC, Mac, Linux, Xbox One, and PlayStation 4. It’s slated for a Q1 release in 2018.

Moonlighter takes inspiration from such games as Carpe Fulgur’s Recettear: An Item Shop’s Tale, which had a similar concept. However, it also draws influences from roguelikes like Cellar Door Games’ Rogue Legacy and Edmund McMillen and Florian Himsl’s The Binding of Isaac. As a result, Moonlighter is an action RPG with procedurally generated dungeons along with colorful and adorable pixel art. 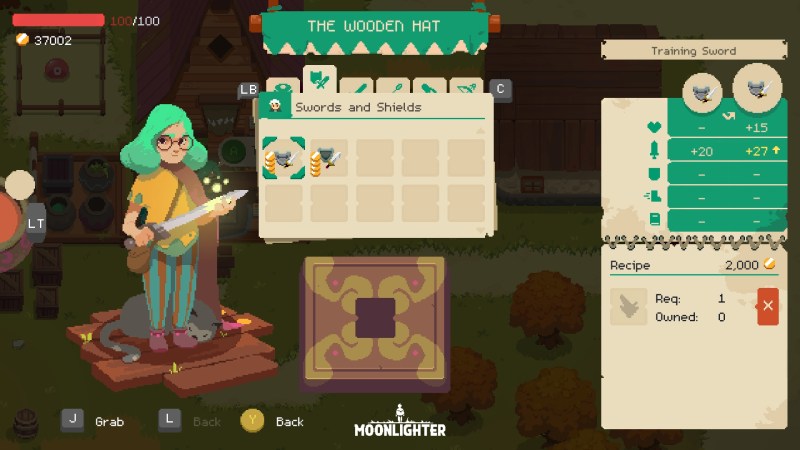 Digital Sun’s CEO Javier Giménez says that the game is as much about the fighting as it is about small town living. The protagonist Will dreams of becoming an adventurer, but when he isn’t slicing up monsters and searching for treasure, he has to consider the economics of running a shop — how to price items, whether to sell certain potions or keep them for later use, and so on.

“There is not [an] experience or leveling system, it’s all about the equipment so, in Moonlighter, gold is the only way you’ll get strong enough to get deeper into the harder dungeons, find out more about them and, eventually, beat the game,” said Giménez in an email to GamesBeat.

Moonlighter grabbed people’s interest when it launched its crowdfunding campaign on Kickstarter in May 2016, and it reached several of its stretch goals. Digital Sun originally asked for $40,000 and ended up raising over $134,000.

“There is something about being an entrepreneur, making that extra effort to make a living and progress in the game, invest wisely, manage your customer requests, etc. that is very fun, it’s about making good decisions to thrive,” said Giménez. “Having a profession inside a game is fun!”