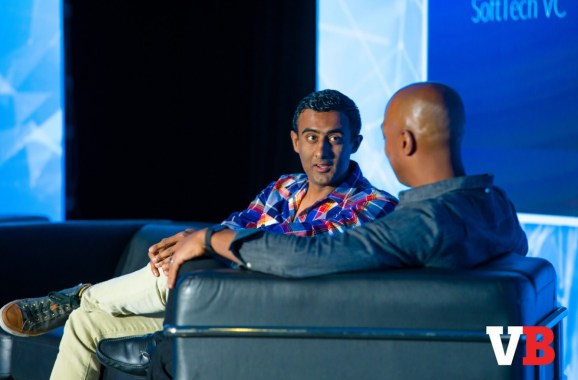 Zain Jaffer (left), CEO of Vungle, and Charles Hudson, venture partner at SoftTech VC, speak about the future of monetization at GamesBeat Summit 2017.

San Francisco-based Vungle said recently that it had reached a $300 million run rate for annualized revenues from its performance-based in-app video ad platform. The company also said it is profitable, which is not an easy feat in the highly competitive mobile ads business.

The board of directors has placed Jaffer on an indefinite leave of absence and appointed Vungle chief operating officer Rick Tallman to the role of CEO.

Jaffer was a colorful personality, and he spoke at our recent GamesBeat Summit 2017 event about the future of mobile advertising. As leader of Vungle, he bet on video advertising to be the big driver in mobile apps and games.

The board voted to replace Jaffer as CEO immediately after being informed of personal issues unrelated to his employment, though no other details were provided. Tallman has been with Vungle since May 2015. He previously held executive roles at British Telecom, International Network Services, and Nortel.

Vungle’s board said it has full confidence in Tallman, emphasizing that they look forward to having him lead Vungle into the future. The company has 190 employees.