“Someone brought one of the headsets into work, and that was literally the moment I realized I had to work on VR. It was that impressive to me.”

Jason Morris had been working at Blizzard for 10 years as an art lead on games like World of Warcraft and Titan before the sci-fi MMO was cancelled. But the moment he got his hands on a VR headset he knew that was what he had to work on, even if it meant starting from scratch and doing everything slowly by founding his own company, Stonepunk Studios.

Primordian is the result of that; a VR FPS set on an alien world at the center of the universe. It’s very much a world of two halves, as one side is constantly shrouded in darkness, while the other enjoys infinite daylight. This has given rise to two distinct cultures who typically keep to their own half of the planet, but a solar eclipse is coming, inspiring those stuck on the dark side to launch an invasion. Players will be one of those invaders.

Aside from the music, Morris is doing everything himself. “I love every aspect of the process of putting games together,” he says enthusiastically. His experiences, working with engineers, designers, and producers at Blizzard have given him some insights, but there’s also been a lot of trial and error, and a great many YouTube tutorials.

Since getting into VR, Morris has devoured every single FPS that’s been designed for the headsets. He’s been studying them, trying to figure out what mechanics feel most appropriate for Primordian. How should the player move? How much should they be able to interact with the world? There’s been a lot of experimentation.

“I’ve had the game out to people for about a year or so, just to get their thoughts on the smallest things. Like how does it feel picking up and dropping weapons? A lot of the feedback was that it felt sort of clunky, picking up and dropping things, and even though I spent two months working on that system, I ended up scrapping it. It just wasn’t adding to the pick-up-and-play, intuitive feel that I’m looking for.”

His ultimate goal is to make Primordian the sort of game you can understand immediately. You put the headset on, and you know exactly what to do. That’s why he opted for free locomotion, instead of letting players simply teleport. He doesn’t want to have to tell players what to do, however, or break their immersion. That means no tutorials and no obvious interface. He hopes players won’t need them.

The key to creating that immersive, intuitive feel is the world itself. Everything trickles down from there. “I was trying to think about the world as a whole, and one of the great things I learned from working at Blizzard was thinking about the world as a character, the biggest character.” Weapons — the main way players will interact with the game — are the most obvious example of how the world impacts the rest of the experience. 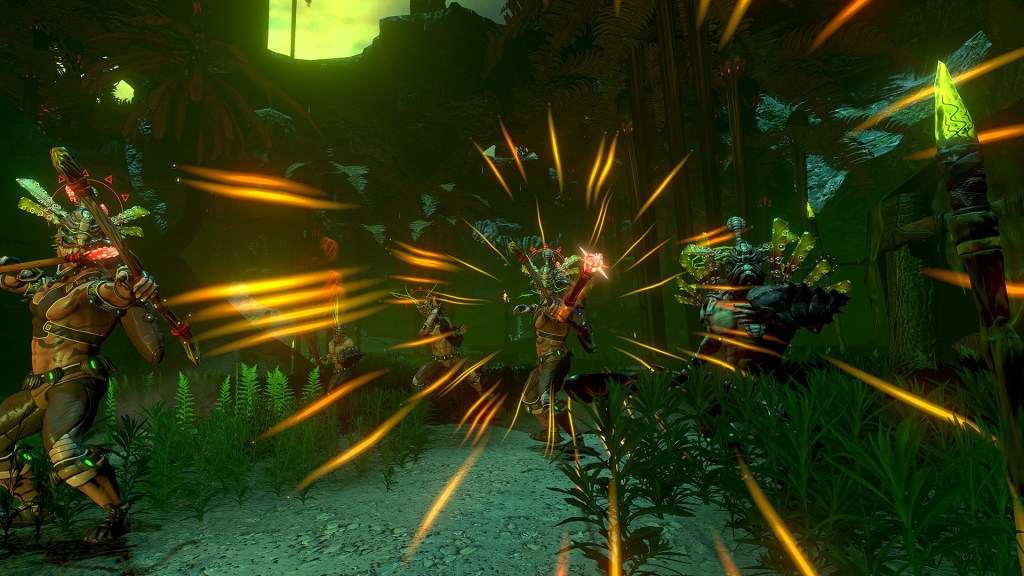 “First I laid out the areas of the world you could go through, and then I looked at what creatures I would add there, what plants I would make, and then I built all the weapons around what’s there. If there’s a certain tree in an area, or a grub, or another creature, then the local people would probably make their weapons out of it.”

One weapon is simply a hollow log with a grub living inside it. A piece of meat stuck on the front of the log makes the grub spit, and that spit can harm enemies. Most weapons are made out of wood or living creatures, including beetles that act like drones. Morris has created around 30 so far, but there are only going to be 16 in the game. Sometimes he ends up scrapping them because they simply don’t fit with the world, even if they feel really good to use.

Not all weapons are guns or gun-like; there are melee weapons too. The melee system was hard to design for motion controls, Morris recalls. When he let people test it, some would swing wildly, barely looking at what they were doing, while others would merely wiggle their sword. In both cases, they’d still be damaging enemies, but it didn’t seem satisfying.

“It took three months of playing every single day to figure it out. Now, the sword will do damage based on the velocity of your swing, and the rotation. If you swing it slightly, it will be pretty weak, but if you do a really big swing, it will charge the sword and give it two or three times more damage.” It’s a bit of a work out, he admits. It could be that fighting on an alien planet is a good way to keep fit. It’s still a work-in-progress, however, and Morris continues to develop it every day. 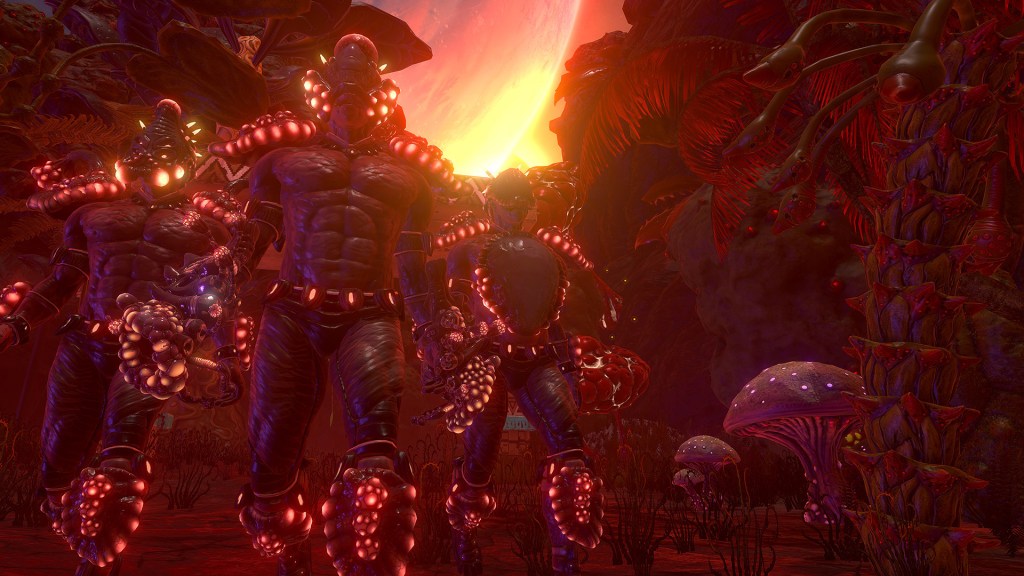 Primordian will contain a linear, single-player story, sending players on a quest to destroy temples of light so that the inhabitants of the dark side can take over the whole world. Morris is taking his inspiration from the likes of Half-Life and Half-Life 2, where the story drew players through the world organically. When it launches in early access in the near future, players will get a taste of that narrative. That’s also when Morris hopes to start working on the multiplayer version again.

Although several maps have been made and concepts played around with, the multiplayer is on the back-burner while Morris works on weapons, balance, and the single-player mode. He’s got some very interesting ideas, though. He envisions a sort of tribe-based deathmatch, where players can pick from a list of character models inspired by enemies and NPCs. Everyone choosing the same model will become part of the same tribe, but others can join them through a ritual.

“There are all sorts of balance problems with it, I’m sure,” Morris confesses. “But I just love the idea of it, that we could end up with nine people against one person, and I’ve had fun moments like that in other games, like Doom multiplayer.”

For the time being, Morris is content to continue experimenting with the rest of the game, as well as using feedback from testers. Whenever he gives out a code, he starts playing again and taking notes, trying to imagine what new players might try to do, or what they would need to know. Even when he doesn’t get any feedback, he’s still happy to know that people are playing.

“What really motivates me is the idea around the world and exploring.”