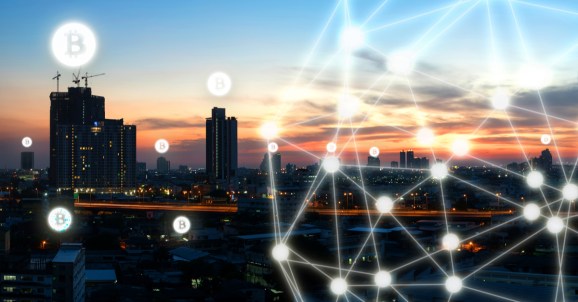 In the first half of 2017, tech startups raised more money through ICOs (initial coin offerings) than VC investments worldwide combined. It took the Bitcoin blockchain network nine years to grow to $70 billion valuation; the Ethereum blockchain network took three years to reach $30 billion, a growth rate and size on par with the most successful tech startups in the world. The network effects that empower Google, Facebook, Uber, are just as powerful without those centralized middlemen.

Is the poor performance of blockchains an engineering problem? It is not, at least not entirely. The problem is actually inherent to the incentive-driven design of blockchains, known as cryptoeconomics.

Blockchain is useful because it allows untrusted and non-corporative parties to work together and maintain a system. Let’s look at the example of the Bitcoin network. Each Bitcoin miner has much to gain if he or she can alter the transaction ledger and assign more coins to himself or herself. The genius of Satoshi Nakamoto is that he designed a mechanism that makes such alteration virtually impossible. In order to alter a single transaction in the ledger, a miner (attacker) must work harder than the rest of the network combined, in terms of computing power, to quickly spoof the hashes required on each block. This is called Proof-of-Work (PoW) security of the blockchain. Naturally, the more computing power the whole network has, the less likely it is to be attacked. This is an economic design: to make it cost prohibitive to attack the network.

Nakamoto has a second economic design built into the Bitcoin system: Everyone contributes computing power for a chance to win Bitcoins for each block. This economic incentive has proven so powerful that the computing power in today’s bitcoin network is 1,000 times greater than the entire Google Cloud.

Now, the problem with the Bitcoin-style PoW is that it requires a lot of computing work to create a new block. Bitcoin PoW has resulted in an enormous amount of useless work and energy waste. It is why the Bitcoin and Ethereum blockchain networks are very slow.

To solve blockchain’s performance and scalability problems, we must look into new ways to reach consensus among untrusted parties. We must innovate on cryptoeconomics. I recently attended the Cryptoeconomics and Security Conference (CESC) organized by Blockchain at Berkeley at UC Berkeley, and was impressed by the quality of the research presented there. A big part of the conference was about how to improve the design of consensus.

Proof-of-Stake (PoS) has been proposed as an alternative mechanism for consensus to PoW. PoS essentially allows existing token/coin holders to vote and reach consensus on new blocks containing transactions. Without the need to perform meaningless work to prevent attacks, PoS is much faster than PoW and can reach hundreds of thousands of transactions per second, making it suitable for consumer applications. However, PoS is also prone to centralization, as stakeholders could collude to alter transactions.

How do we design a secure PoS system? A leading solution is to use Delegated Proof of Stake (DPoS), where the stakeholders delegate their tokens to a group of known validators to do the network maintenance work. If a validator misbehaves, the delegating stakeholders would be penalized and lose some coins. DPoS uses economic incentives to secure the network. It forces stakeholders to establish trust with validators in the real world. Two leading contenders of the DPoS consensus model, Casper and Cosmos, presented their work-in-progress at the CESC event. Both networks are expected to go live soon.

Of course, there are more contenders in this space than just the market leaders. Others at the event reported research and experiments in trying to find scalability solutions, often within the constraints of PoW:

Note: On the topic of scaling the Bitcoin system, the Swiss Federal Institute of Technology’s Lefteris Kokoris-Kogias presented a great overview of available solutions and their rationales (presentation video).

In addition to mining or minting new blocks through consensus, network participants can also be incentivized through fees. That includes Bitcoin transaction fees or Ethereum gas. How to design the fee structure (presentation video) to better motivate people to contribute to network security is another topic that can be explored by cryptoeconomics research.

Overall, cryptoeconomics is still an emerging field. The goal of this research is to obtain high-performance trustless consensus. The current leaders will probably be able to succeed with DPoS, but it’s worth keeping an eye on other alternatives.

Michael Yuan is Chief Scientist at the CyberMiles Foundation, building a blockchain and “master token” for e-commerce. He is currently working on a book titled “Code is law: a developer’s guide to the blockchain” to be published by Addison-Wesley in Q4 2017. You can follow him on Medium or Twitter.