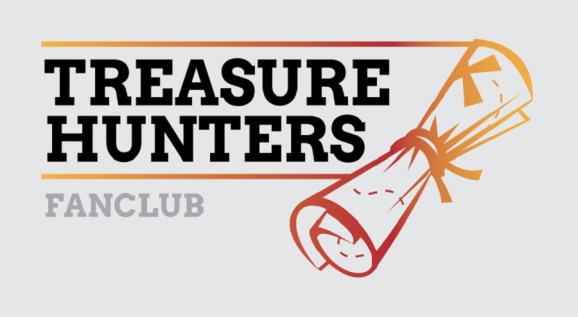 The Treasure Hunters FanClub is unveiling itself today as a way to marshal fans to fund independent game developers.

The club will put together deals to fund indies and help them publish their games through indie label Surprise Attack Games (which has published Orwell, Hacknet, and Screencheat).

“I set out twelve months ago to create an alternative funding approach to the deals we were seeing other publishers put forwards. I also wanted to find a way to increase our ability to fund games without taking equity investment into Surprise Attack itself,” said Wright in an email to GamesBeat. “What I found was that a lot of successful members of the industry were really interested in funding games and supporting innovative games.”

The Treasure Hunters FanClub is expected to be an alternative funding group which gathers together experts to support interesting games in a very focused way. The group will scout for projects, fund them, and do what it takes to get them into the market as published titles.

Wright said the deals will have indie-friendly terms, mentorship, and market support. The funding terms cap the amount developers pay back to the members at two times the funding amount, and Surprise Attack shares part of the publishing royalties with the members. Wright founded Surprise Attack in 2011, and he launched the indie game label Surprise Attack Games in 2013. He previously held senior marketing roles at THQ.

“As someone that boot-strapped a publishing label into success, I have an intimate understanding of how hard and intimidating finding funding can be and how that process is often at odds with remaining independent,” said Wright. “I wanted to create a funding option that suits the modern indie, letting them keep their creative independence and focus on the development rather than finding or managing investors whilst also partnering with them on bringing the game to the market and supporting them at every step along the way.”

The first project funded is Tear Through, from Australian developers, Walk with Kings. The game puts you in the shoes of a SWAT team in high pressure situations. It’s a top-down co-op action game that strives to deliver a sense of meaningful violence, where the player feels the impact of every decision and every bullet fired.

The Treasure Hunters FanClub is now accepting pitches from developers with unique and original projects.