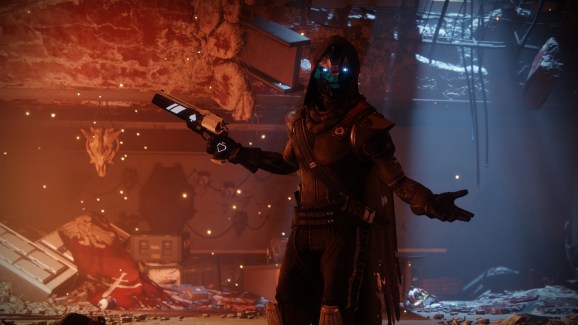 What did I do?

Video game spending in the U.S. was up across all categories last month, according to the industry-tracking firm The NPD Group. It totaled $1.21 billion, which is up 39 percent year over year.

Here are the numbers for September 2017:

A big winner was the sci-fi first-person shooter Destiny 2, which is developed by Bungie and published by Activision. It debuted on September 6 on Xbox One and PlayStation 4 and is slated for a PC release on October 24.

“Destiny 2 was the top-selling game in September, driving more launch month consumer spend than any other 2017 release to date,” NPD analyst Mat Piscatella said. “With one month of sales, Destiny 2 also becomes the best-selling game of 2017 year to date, and the third best-selling game of the 12-month rolling period ending September 2017, trailing only Call of Duty: Infinite Warfare and Battlefield 1.”

The NPD report doesn’t cover total market spend, as it is missing certain data (such as digital sales from Blizzard’s store on its Battle.net service). It is more of a snapshot of the market as a whole, using data from participating publishers and platforms. Psyonix, which develops the competitive cars-meet-soccer game Rocket League, is now reporting its sales data as part of the NPD report. Certain marked games only include physical sales.

* No Battle.net sales
** No digital sales

Visual Concepts’ NBA 2K18, which launched on September 19, also topped the charts for 2017. After its first month of sales, NBA 2K18 is the best-selling sports game year-to-date.

“NBA 2K18 had the largest consumer spend in launch month of any sports genre title since the current generation of consoles launched in November 2013,” said Piscatella.

Another first is Ubisoft’s Mario + Rabbids: Kingdom Battle, which launched on August 29 and became the best-selling third-party title on the Nintendo Switch.

The best-selling games of 2017 so far

Hardware spending was up last month, generating $316 million in revenue though consumers weren’t buying as many portable consoles. Sales were driven by the Nintendo Switch, SNES Classic, and PlayStation 4, which is still the best-selling console year-to-date. All together, hardware sales have grown year-to-date to $2.1 billion, which is up 20 percent as compared to 2016.

“Sony’s PlayStation 4 led all hardware platforms in consumer spend during September 2017, while Nintendo Switch sold the most units amongst the current generation consoles,” said Piscatella. “SNES Classic was the overall top unit selling hardware platform in the period.”

Accessories and PC game cards, which NPD is now tracking starting with the September report, were up 9 percent last month year-to-date and generated $150 million.