High Hell plunges you into a delirium of bullets, bold colors, and basket-case missions. You’ll sabotage blimps, rescue chimps, and slay a dog pimp. It’s a fast-paced shooter catering to speed runs (one of the achievements calls for finishing it in 20 minutes) as you infiltrate Satan’s corporate headquarters for some heist-y industrial sabotage.

It’s the latest game from developer Terri Vellmann and publisher Devolver Digital, who teamed up previously on the neon first-person shooter fever dream Heavy Bullets. Adam “Doseone” Drucker, who created the soundtrack to Dodge Roll’s gun-slinging dungeon crawler Enter the Gungeon, is the musician responsible for the pulse-pounding musical backdrop that accompanies you into High Hell. It’s available now on PC.

Causing a ruckus is fun 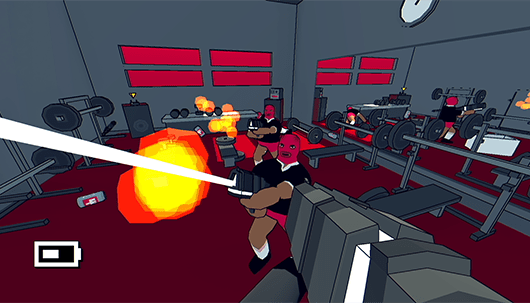 Above: The local gym is a little hostile.

High Hell is just a ton of frenetic fun. The premise is simple: You’re an unnamed, masked protagonist with a big gun and a bone to pick with Satan (aka The Bo$$), so you infiltrate his company Pitchcorp and cause murder and mayhem.

Each level gives you a main objective, and in some, you have a side goal as well. Some of the missions seem to be nothing more than petty vandalism (like destroying a statue of The Boss) or generally lowering the quality of life for everyone at Pitchcorp (like taking out their Wi-Fi — the horror!).

Every five levels, you also encounter a miniboss. Each is a little weirder than the next, like Professor Meth and Doberwoman, and they all have interesting designs. You also have to figure out the trick for defeating each one, and so it amounts to solving a puzzle more than just brute-forcing your way through the battle. 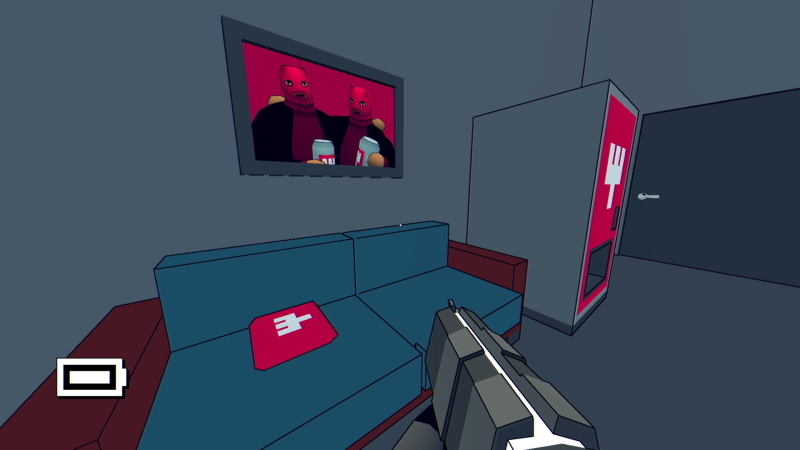 There are tons of visual gags in the game, which begin piling up like deranged recurring motifs. The levels are littered with safety cones, hot dogs, and monkeys. You begin finding the henchmen doing things like grilling up a barbecue or relaxing in a steam room.

One time, I busted into a room and blasted a henchman in the face — just as the toast he was waiting for shot out of the toaster and flew through the air. High Hell has a constant blend of the absurd and the familiar, which together is just delightful.

In a way, I felt bad for the henchmen. They were just 9-to-5ers who were trying to do their jobs (also for the brainwashed monkeys and dobermans). When they weren’t trying to kill you, they were pretty endearing. 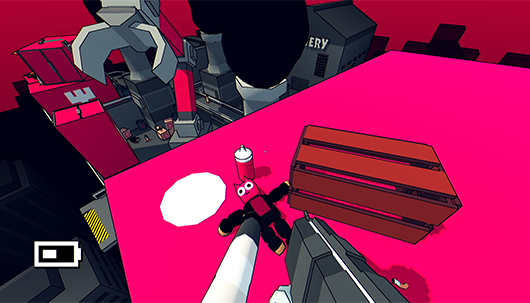 Above: Hints at an underlying story.

High Hell has 20 levels, and it took me about four hours to get through. As it stands, it’s an engaging experience, but I wish it was longer, if only to see the madness ramp up even more in later chapters.

It also hints to an underlying story, which you learn at the end. While I don’t think a game like this necessarily needs to expand on plot or the character’s motivations, I was kind of fascinated that there might be a reason to why we’re so hellbent on destroying Satan’s property.

If High Hell had a little more to it, I would be interested in exploring new environments. All of the current levels take place in the same corporate complex, which was entertaining in its duration but if it had gone on much longer, I could see it getting tedious. 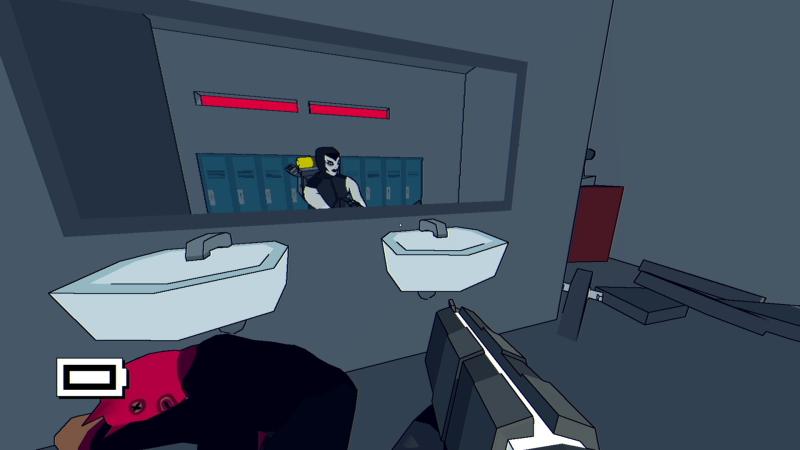 The world of High Hell defies physics, and part of the fun is watching things fly and the henchmen become rag dolls. But there isn’t much you can actually interact with in the environment. You can slam through doors, kick certain items, and shoot empty cans off crates, but that’s about the extent of your destruction.

The boxy, cartoony aesthetic is certainly an appealing part of the game, and the odd objects strewn about add to its charm. I only wish that there was more we could do with them.

High Hell is a fun, fast-paced shooter with a lot of personality. It keeps it simple — you can crouch, jump, and shoot — and it doesn’t take itself seriously at all. It’s challenging, but there aren’t any long load times between death and charging back in again to give it another shot. If you don’t mind the short playtime, you’ll enjoy the charm and quirky boss battles.

High Hell is out now on PC. The publisher sent us a code for this review.