More than three years ago, Microsoft promised to reach an annualized revenue of $20 billion in its corporate cloud business by the end of its 2018 fiscal year (ending in June 2018). The company has delivered early: In its Q1 2018 earnings released today, the company has shared that its cloud annualized run rate has hit $20.4 billion.

“This quarter we exceeded $20 billion in commercial cloud ARR, outpacing the goal we set just over two years ago,” Microsoft CEO Satya Nadella said in a statement. “Our results reflect accelerating innovation and increased usage and engagement across our businesses as customers continue to choose Microsoft to help them transform.”

In short, Nadella’s plan to turn Microsoft into a cloud company is working. 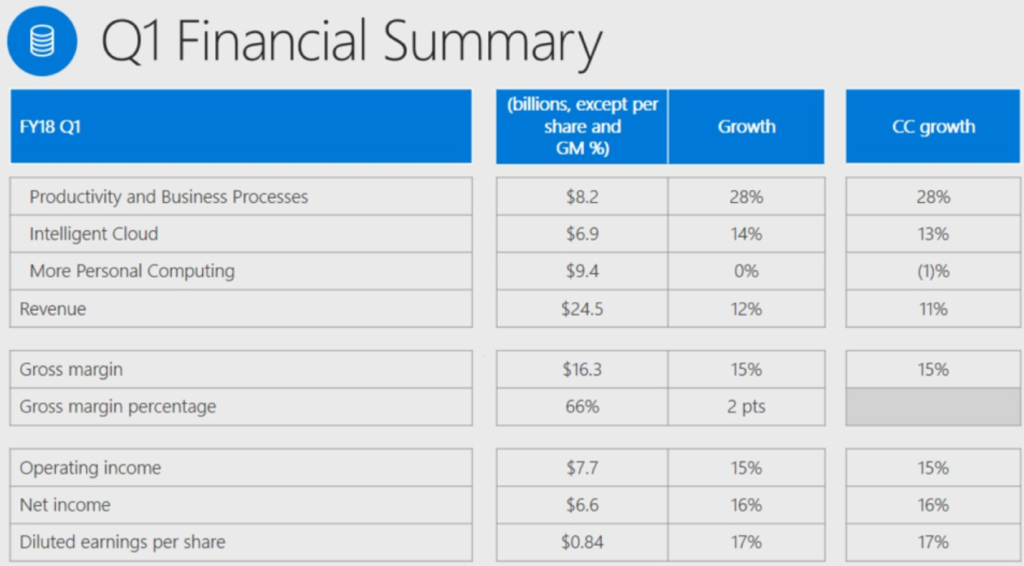 Here are the highlights across the company’s three operating groups:

A growth in revenue for Surface is always notable, as the category has had many ups and downs — lately it has seen multiple declines as the company prepared to add to the product lineup. Microsoft attributed this quarter’s increase to Surface Laptop sales, suggesting the company is moving at least some units of its new, least expensive product. The much more expensive Surface Book 2 ships next month, meaning we won’t see the impact of that machine until next year.