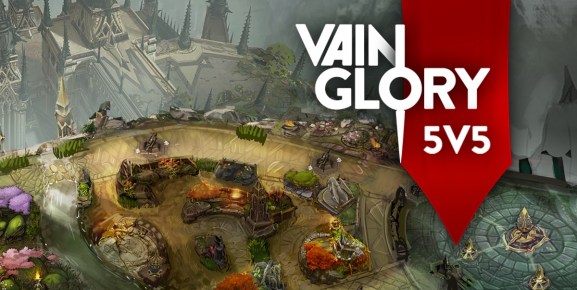 Super Evil Megacorp announced today that its mobile game Vainglory will soon feature 5-versus-5 multiplayer battles. That will make it into a true multiplayer online battle arena (MOBA). The company has opened signups for the new “no compromises” gaming mode.

For a long time, Vainglory fans were limited to the 3-vs.-3 multiplayer was the best mode possible. That made the mobile game clearly inferior to 5-vs.-5 MOBAs on the PC, such as League of Legends, the No. 1 online strategy game in the world.

With 5-vs.-5 multiplayer, Vainglory may be able to attract more esports players and fans. This mode adds new strategies and tactics for players and console-grade performance.

Super Evil also claims that Vainglory will be the only game of its kind to operate at 120 frames per second on the iPhone X and the iPad Pro.

The upcoming Vainglory 5-on-5 map is designed to reward mechanical skill and meaningful decisions around team compositions, objectives and rotational strategies.

“When we started Super Evil Megacorp, we set out to challenge the notion that mobile-first gamers were somehow inferior to gamers on other platforms,” said Super Evil Megacorp CEO Kristian Segerstrale in a statement. “We believed that every phone was a portable next-gen console.”

Segerstrale said that the company is running a closed beta, and it will show it off to everyone at its upcoming World Championship in Singapore in December 14 to December 17.