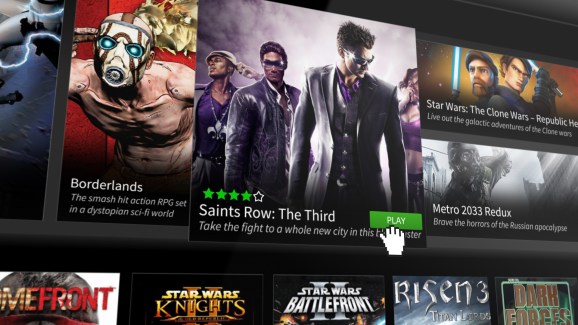 The PC game streaming service Utomik is making a push to add new titles on their launch day. Its first release day game was Neckbolt’s Yono and the Celestial Elephants, which came out on the Nintendo Switch, Steam, and Utomik at the same time earlier this month on October 12. Utomik a subscription service that offers unlimited play and costs $6 per month for a single player and $10 for a family plan that supports up to four players.

Utomik has been in open beta for nearly two years now, and it’s grown its library significantly. It now hosts more than 600 games from blockbuster publishers like Take Two Interactive and indies from Team17. Its main draw is the way it hosts games on the cloud, meaning its customers won’t have to download an entire game to begin playing it.

CEO Doki Tops says that hosting games as soon as they launch complements the way players use Utomik, which is to explore new titles and revisit old games they’ve already played. Its roster of triple-A titles are generally on the older side, like Volition’s Saints Row: The Third from 2011 and BioWare’s Star Wars: Knights of the Old Republic from 2003. While both those games are popular among users, it’s received requests for newer releases.

“People always love fresh content,” said Tops in an email to GamesBeat. “Netflix raised the expectations that people have of a subscription service with their addition of Netflix Originals. Being the first, or only one, that releases that content on your service is what gets users excited. It makes them feel more in-the-know, like a taste maker. It also makes your platform feel more premium.”

Utomik is working on getting more day one releases on its platform, and it got publisher Plug In Digital on board for the Yono and the Celestial Elephants launch. However, Tops says that the next step is to convince developers that this is a good move for their titles. Hosting a game on a subscription service means recurring smaller transactions, as revenue is generated based on playtime. Utomik wants to tempt developers with the cumulative effect of this as well as the fact that it’s less crowded than the largest PC game platform, Steam.

Each month, Utomik adds 20 or more games to its library (it stands at 645 as of this writing), and to help discoverability, it uses both a recommendation engine and also enables players to recommend titles. It also markets games that are on its platform with videos and livestreams.

“We believe both in the power of data and the power of people. We are hard at work on improving our recommendation engine,” said Tops. “Overlooked gems will start bubbling up much easier, while still keeping into account what kind of player you are.”

Utomik isn’t the only subscription-based game service that’s jostling to be the “Netflix for games.” There are others like Jump, which launched last month and has a focus on indie games, and OnePlay, which features PC and Android titles. More services may crop up as well to try to solve the issue of discoverability. By the end of 2017, there may have been over 5,000 games released on Steam in this year alone, making it harder than ever for developers to get their games in front of players and for players to find new titles.

Tops says that Utomik helps with this issue, and by adding launch day titles, it’s hoping to attract players who want the latest games. As a bonus, players will be able to dabble in different genres.

“Another great thing is that you get to try out games that you usually wouldn’t give a second glance; casual gamers giving Borderlands a spin and loving it, core gamers discovering all these great indies or fun time management games, that’s something we love to see!” said Tops. “The discovery of great content is just so much more fun and less ‘risky’ in a subscription model than in a transactional one.”