Super Lucky’s Tale is a platform game that debuts on November 7, the same day that Microsoft is launching its Xbox One X game console. It’s no coincidence, as Microsoft is reaching out to a broader audience of gamers with the Xbox One X, and the platforming title from Playful fits the bill.

Game studio Playful previously launched Lucky’s Tale as a virtual reality game on the Oculus Rift VR headset. Then, it repurposed the game as an exclusive for Microsoft. It might be too much to hope that Lucky will be as big a platform mascot as Crash Bandicoot is for Sony and Mario is for Nintendo.

But it’s clear that Microsoft is investing in the category so that it can capture a wider demographic of gamers. The company is launching other family-friendly titles this fall to reintroduce players to catalog games, such as Zoo Tycoon: Ultimate Animal Collection, Disneyland Adventures, and Rush: A Disney Pixar Adventure.

I spoke with production and creative leaders Jorg Neumann and Clayton Kauzlaric from Microsoft about Super Lucky’s Tale, and they showed me a demo during my interview. The game cost $30, a price that is lower than most other full $60 games. That’s another thing that makes it more accessible. Here’s an edited transcript of our interview. 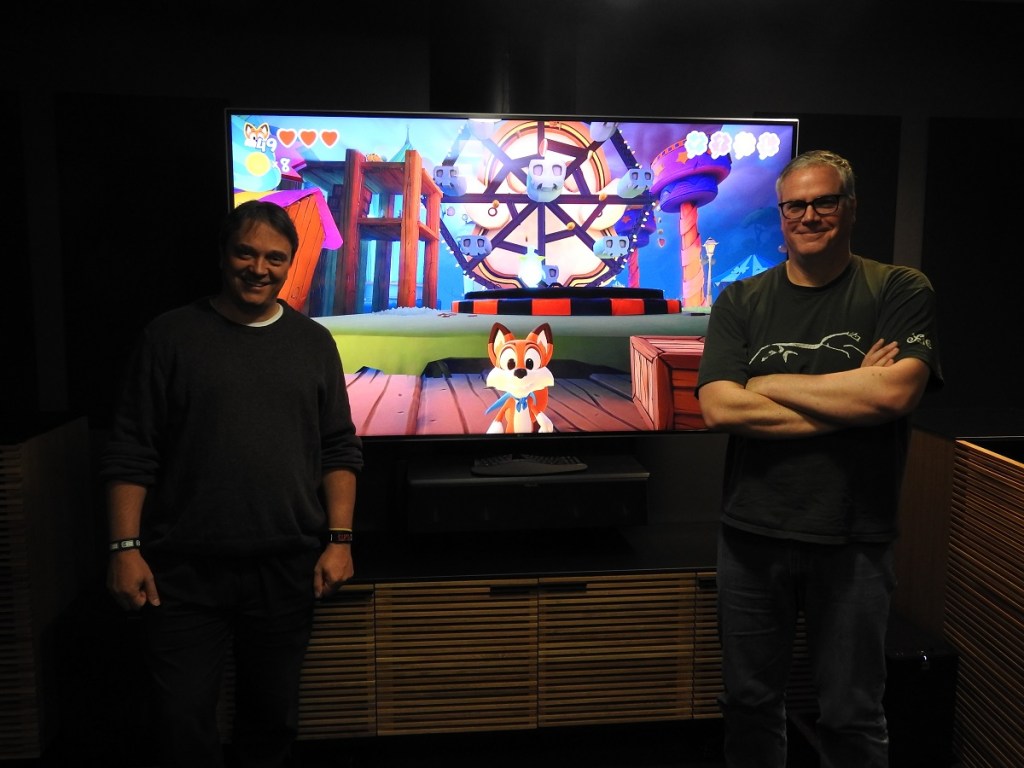 Above: Jorg Neumann and Clayton Kauzlaric of Microsoft Game Studios.

GamesBeat: I played Super Lucky’s Tale before at the preview event, and I wondered how you felt about needing a mascot character for Xbox fans.

GamesBeat: Xbox hasn’t really had that the way Nintendo has always had Mario or Sony has had Crash and the like.

Neumann: We’ve tried it a few times. Clayton was the lead designer on Voodoo Vince [laughs].

Clayton Kauzlaric: I don’t think mascots are ever created intentionally, though. It’s by consensus, by public reception, that they exist. To me the mascot of the Xbox is Master Chief.

GamesBeat: But Microsoft has never really had something like a platform character that’s recognizable or associated with the brand.

Neumann: Probably subconsciously that’s part of why we fell in love. We have amazing cars in Forza. We have Master Chief and Marcus Fenix. We have Steve from Minecraft. But he’s a delightful little fox, and we all fell in love. That’s a better way to think about it than anything strategic.

GamesBeat: As far as repurposing from VR to this — they said they started from the ground up?

Neumann: Absolutely. We quickly realized that the camera wasn’t going to translate super well. The levels were all built on splines with a single viewpoint in mind. You want more freedom, need more freedom in a full platformer for the console.

Kauzlaric: I’ll replay the whole intro since I don’t think this was something we saw. This is an existing save where we’ve already played through a lot of stuff. We’ve unlocked all the levels, all the worlds. Normally, you get to an area and there’s a letter from his sister, giving him a progress update and some little bonuses. … We didn’t want there to be a heavy tutorial or anything like that. You just jump in and play and pick up stuff as you go.

Have you seen most of the sky castle world? This is the hub area now, which you might have seen some of before. Look at the draw distance. I just love this in 4K. There’s the first area, which a lot of people saw in the E3 demo, and then, there are some pretty challenging side-scroller areas. There are burrow dashes, all these little hidden minigames and puzzles. It’s progressively unlocked as you make your way through the world. 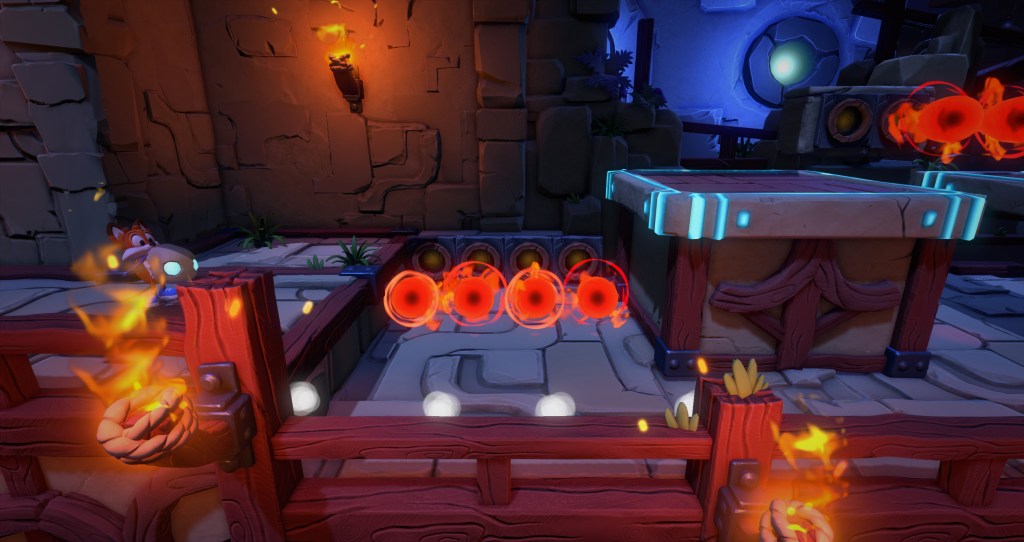 GamesBeat: What was the thinking around having more family titles at this launch?

Neumann: Aiming for everyone is something we feel strongly about. We have fantastic hardware, and it ought to be for everyone. When I had the opportunity — when Xbox One X was being contemplated — I basically pitched, “Hey, we have some wonderful family titles in our past like Disneyland Rush with Kinect. We can bring those back.” As the hardware moves on, it was becoming harder to even play those titles, so I was excited to bring them to 4K, to make them really shine again, and add different interfaces. You can play with a controller on Xbox or still the Kinect if you want to and on PC with mouse and keyboard. Any way you want to play those classic games is possible again. I’ve always felt like Disney things stand the test of time so well. Now, they’ll be available forever.

The other thing I always say — making home consoles, we’ve kind of fallen away from couch co-op games. It’s a shame. I’m often sitting there with my daughter, and I want to play something with her together.

GamesBeat: The usual thinking is that a new console comes out at higher price, and only hardcore gamers will pay for it. You’re kind of defying that conventional wisdom.

Neumann: If we were just a console manufacturer that might be true, but I’m also excited about what we can do with Windows 10, where the barrier to entry is completely different. You can play them to your heart’s content there. Yes, people who buy them for the new console will see them in 4K, and they’ll look amazing, but they’re available to everyone, backwards compatible all the way to Xbox One S. It was really just down to the desire to entertain families again.