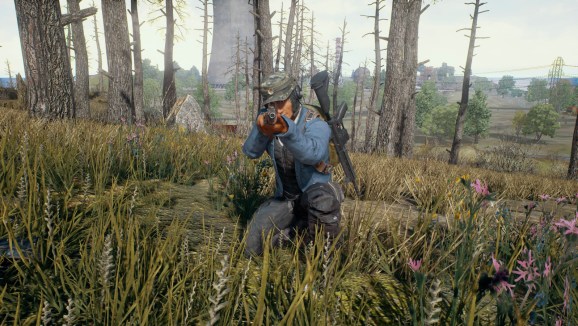 The Chinese government wants to see fewer violent games, and it is using the popular last-person standing shooter PlayerUnknown’s Battlegrounds as an example that is “too bloody” and counter to “traditional socialist core values” and “Chinese cultural and ethical norms.” The government made those statements in a note posted online today from the China Audio-Video and Digital Publishing Association (CADPA), and some have taken this as evidence that the people and their republic may soon block developer Bluehole’s megehit.

But this is more about China explaining to local studios about what kinds of games it will and won’t approve in the future.

“The statement discourages domestic developers from creating PUBG-type games as they will have a harder time being approved,” Niko Partners analyst Daniel Ahmad explained in a note provided to GamesBeat. “This is because the games are violent in nature, promote immoral values and can have a mental impact on the health of youth. China’s government has always been quick to censor video games when they are violent or go against certain values. Games like Grand Theft Auto are banned, and the recent release of games like CS:GO required elements to be removed and changed. ”

Getting games into China is often a hassle. The government has to approve every game that sells through official channels, but it’s potentially worth it because it’s the biggest gaming market in the world. China has not approved PUBG. That process is difficult for any foreign company, which is why so many companies have to work with domestic publishing partners like Tencent. Bluehole and Tencent were previously in talks about the latter distributing PUBG, but the two companies have not finalized any deal publicly.

Even without Tencent and government approval, however, Bluehole has sold more than 6 million copies of PUBG in China through Steam. Valve Software’s PC gaming platform is one of the most popular distribution channels in the world, but it operates in a gray area in China. PC owners can download and use it through virtual private networks and other tricks, and more than 17 million Chinese gamers have done exactly that. But because PUBG is on a platform that China doesn’t control, it can’t just block the game alone.

“China would need to block Steam in order to fully ban the game from Chinese users,” said Ahmad. “Currently Chinese gamers can play Grand Theft Auto, Battlefield, and others on Steam while they are officially banned in China.”

But now that CADPA has come out and made this statement, it may make it more difficult for Bluehole if it works with Tencent to get the game approved. It’s likely that PUBG wouldn’t make it past censors.

“If PUBG was to obtain an official license for release in Mainland China, it’s likely that it’d need to make a number of changes to the game,” said Ahmad. “One such example could be changing the color of blood from red to black or green.”

But don’t take CADPA’s comments to mean that the Battle Royale-style, last-person standing game mode is an affront to socialism and not permitted. Chinese publishers like NetEase and Xiamoi have already released their own PUBG-like games with the full approval of the government. So if Bluehole wants to go legit and work with Tencent, it can make enough changes to get it approved. For now, other publishers may want to steer clear of PUBG-levels of realism and violence if they want to avoid the scrutiny of CADPA.