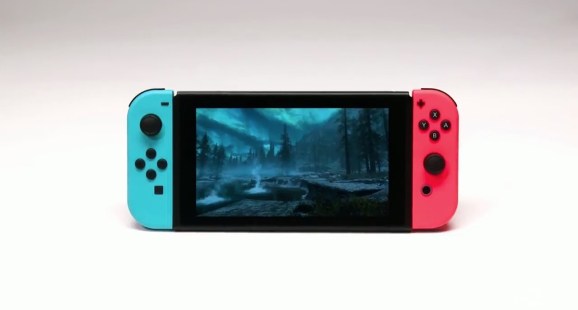 Nintendo is revving up production of its Switch hybrid portable-home game console as it reported a 175 percent increase in sales for the six months ended September 30, compared to the same period a year earlier.

Nintendo sold 4.89 million Switch devices in the six months, bringing lifetime totals to 7.63 million. In the next six months, Nintendo expects to nearly double sales of the Switch to 14 million units. Nintendo sold 22 million copies of Switch software in the past six months, bringing the lifetime total to 27.5 million copies sold. That means Nintendo’s tie ratio, or software sales to hardware sales, is 3.6. That’s a healthy level of software sales for every machine sold.

Splatoon 2, a paint-shooting game, sold 3.61 million copies in the six-month period. The New Nintendo 2DS XL, released in June, sold 2.86 million units in the period. Nintendo said that its digital sales of software was up 55 percent to $200 million because of the Switch. Smartphone revenue was $157 million, up 426 percent from a year ago thanks to the launch of Super Mario Run and Fire Emblem Heroes on mobile devices.

Nintendo just launched Super Mario Odyssey, a flagship game, on the Switch. It also plans to launch Xenoblade Chronicles 2 in December. Pokémon Ultra Sun and Pokémon Ultra Moon are scheduled for launch in November both in Japan and overseas. Animal Crossing: Pocket Camp will debut on smartphones in late November.

Nintendo expects to sell 50 million Switch titles by March 2018. The Legend of Zelda: Breath of the Wild has sold 3.92 million units to date while Mario Kart 8 has sold 3.54 million units of all versions.

Nintendo lifted its forecast for the full fiscal year from $6.59 billion to $8.44 billion. Profit is now expected to be $747 million, up from the previous estimate of $395 million.