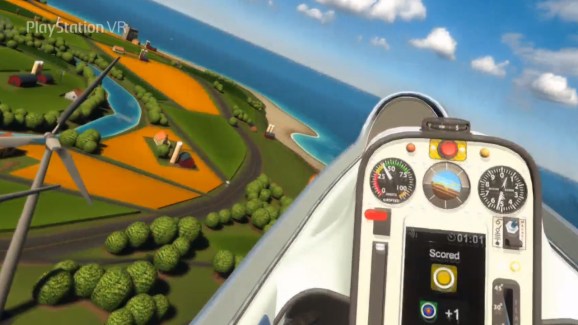 Ultrawings in action for PlayStation VR.

Sony is still working with developers to bring content to its PlayStation VR headset for the PlayStation 4, and the publisher showed off a number of those upcoming projects during a presentation at the Paris Games Week event today.

PSVR has had spurts of new releases since it debuted last October with hits like Statik and Resident Evil 7, but the system is in something of a drought at the moment. Sony reassured fans that won’t last forever.

At Paris Games Week, Sony revealed multiple PSVR games including Megalith, Bow to Blood, Ultrawings, and more. Many of these games, like Sprint Vector and Ultrawings previously debuted on PC for headsets like Oculus Rift and HTC Vive. But Sony also has some original releases like Dead Hungry and Megalith, so it’s keeping the PSVR busy with a combination of ports and totally new releases.

We’ve collected the announcement videos for you right here. Enjoy.