Activision Blizzard reported third-quarter earnings that beat Wall Street’s expectations, and the company touted the performances of its Destiny 2 launch and its King mobile games division.

Analysts Colin Sebastian of Baird Equity Research and Michael Pachter of Wedbush Securities said that Activision Blizzard actually beat the earnings projections, as the proper adjusted numbers include GAAP net revenues of $1.61 billion added to GAAP deferrals of $284 million, for a total of $1.9 billion in adjusted revenues. Non-GAAP earnings per share of 47 cents a share, added to the impact of GAAP deferrals of 13 cents, comes out to 60 cents a share, well above the expected 49 cents.

The stock market was confused as well, as the stock fell in after-hours trading and then rose again.

Tomorrow, Activision launches Call of Duty: WWII, the next big installment in the first-person shooter series that generated more than $15 billion to date. 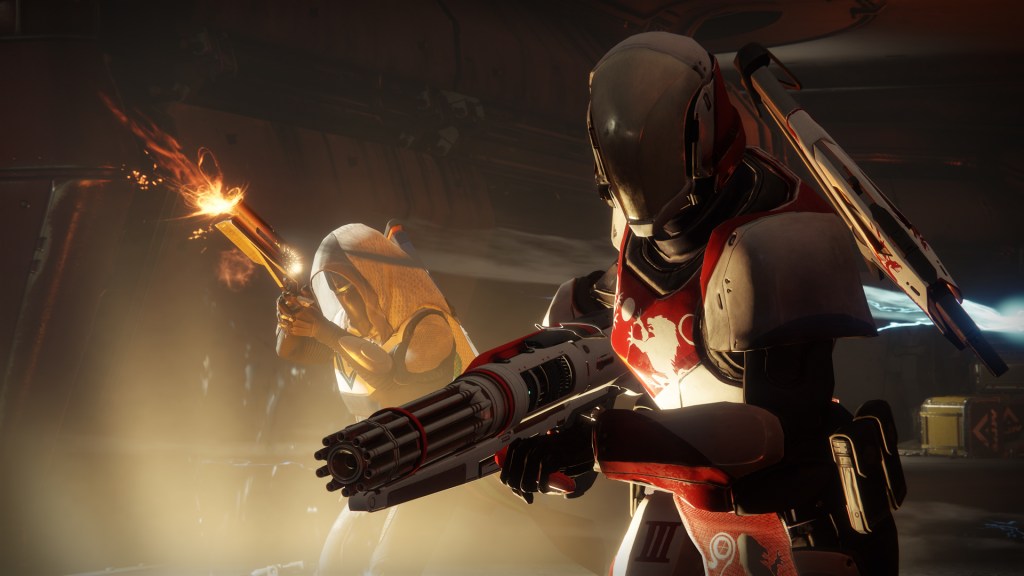 Above: Destiny 2 belongs on the PC.

Activision released its Bungie-made sci-fi shooter Destiny 2 in September, and it became the month’s top game in the U.S., according to market researcher NPD. With the launch of an additional PC version, Destiny 2 sales are now ahead of the original game in consumer spending. Destiny 2 is also ahead of the original game on time spent per player and the attach rate for the expansion pass. More than 50 percent of the Destiny 2 purchasers are buying on digital platforms.

“We’ve got good momentum there,” said Eric Hirshberg, CEO of Activision Publishing, in a conference call with analysts.

Hearthstone saw double-digit increases in its time spent from a year ago, and it benefited from an expansion. Monthly active users grew for both Hearthstone and Overwatch, and the Overwatch community has now reached 35 million registered players. The Overwatch League is gaining momentum as 12 teams signed up for an estimated $20 million each for franchise rights to field esports teams in various regions. Overall Blizzard performance of $531 million was down from the third quarter last year, when Overwatch was fresh and World of Warcraft released a big expansion.

As for mobile, King’s paying players grew for the first time since the first quarter of 2016. Candy Crush Saga, its flagship game, continues to be strong. Sensor Tower estimates that Activision Blizzard’s King division made $268 million in revenue from Candy Crush Saga alone during the quarter, according to measurement firm Sensor Tower. Candy Crush’s gross bookings were the highest level since 2013, and King also had record quarter mobile gross bookings in the quarter. King reclaimed the No. 1 app store position in the U.S. for Candy Crush Saga. King had 293 million monthly active users for the quarter.

King is testing a social casino game now. In 2018, King expects to ramp more advertising in its various games.

Activision is raising its full-year outlook for revenues for the year.