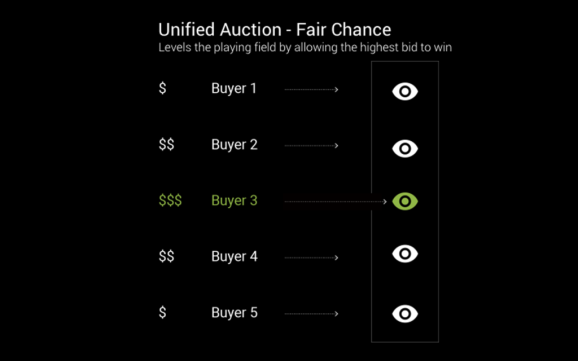 Optimizing ads are a hot topic these days, and we’re constantly witnessing disruption aimed at improving advertising transaction standards. Why? At the end of the day, it’s all about one thing — helping publishers maximize their revenue, and part of that discussion has been around a topic called header bidding.

What is header bidding?

Header bidding is an effort to address fairness within a real-time advertising auction. Online publishers add a short snippet of code into their page header that opens up more auctions and unlocks more money. It utilizes commonly bought prices as the targeting strings of line items, which are then prioritized in the ad server to be triggered. So the strings with the highest prices will have greater chance in delivering. The last element for this work is invoking the ad requests the moment the publisher’s header is loaded. So by the time the ad server is making a decision — all advertisers trying to get their hands on a 300-by-250 banner are all set and ready to go.

That is, in a nutshell, what a header bidding is: A very smart hack.

Why so much talk about it?

Header bidding helps online publishers earn more revenue, and what’s not to love about that? However, it’s not as effective for mobile in-app advertising for multiple reasons.

For starters, when implementing header bidding in an in-app environment, this simple concept is missing: <head> </head>. Yes, let’s all agree that there is no header in mobile in-app, literally! But to go a bit deeper, the real reasons behind the limitation are:

But what’s the real challenge

Those factors put a roadblock on header bidding in mobile app. But when we take one more step back and look at the real problem header bidding is trying to solve, the challenge also exists in mobile in-app advertising — waterfall methods are generally unfair.

To understand the rise of favoritism when placing bids for ads in mobile apps, let’s take a look at the transaction value chain when buying ads on web vs. mobile in-app.

In web, here are the players, each taking their own cut in the transaction:

This is the picture in mobile in-app:

A means to an end

So why doesn’t mobile app follow web’s lead? Well, it’s import to realize that gaming has one of the largest potential impression volume for in-app advertising based on players’ time spent. For example, according to eMarketer, the average U.S. adult will spend 23 minutes a day playing games via mobile apps. But the network/mediation model initially was a way to fulfill the gaming markets’ needs of mobile in-app advertising. With that, a few things must be understood:

These two conditions aren’t changing anytime soon, so with this in mind and thinking outside the box, how can fairness be created when bidding in the mobile in-app space? With great power comes great responsibilities.

In order for publishers to find success, they need to earn money so they can keep doing what they love –making amazing entertainment experiences. And one approach to help achieve that success is to start shaking up the industry a bit. To create fairness when bidding takes place in the mobile in-app space, those who should first take the plunge are the networks/mediations by doing: a Unified Auction for true competition across all demand sources.

You’ve heard the term. It is a 100 percent unified, single-tier auction without bias or influence. Which simply means, the demand source with the highest bid wins — no ifs, ands, or buts. This takes the best parts of header bidding, such as leveling the playing field within a fair auction. But, it doesn’t bring to the table all the performance issues, frequency capping problems and troubleshooting complexities that come with the hacks involved in header bidding. Ultimately, this helps democratize development for publishers while maximizing their revenue.

For example, this is what Unified Auction is: 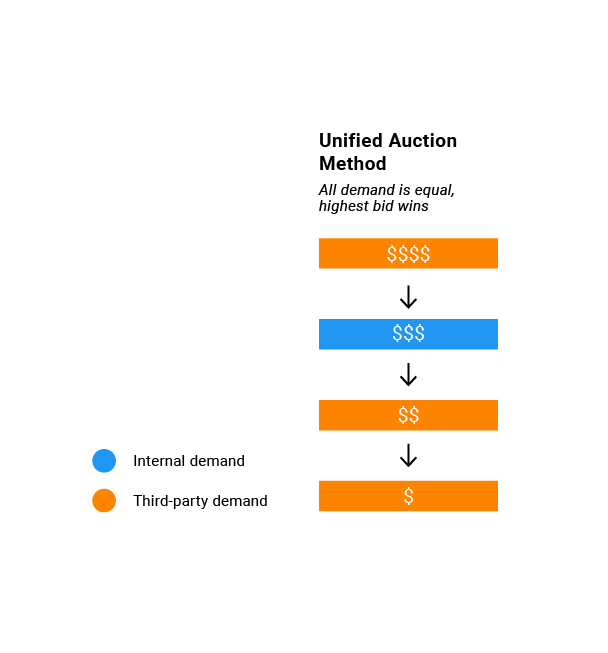 And, this is what Unified Auction is not: (but are some of the standards for in-app today) 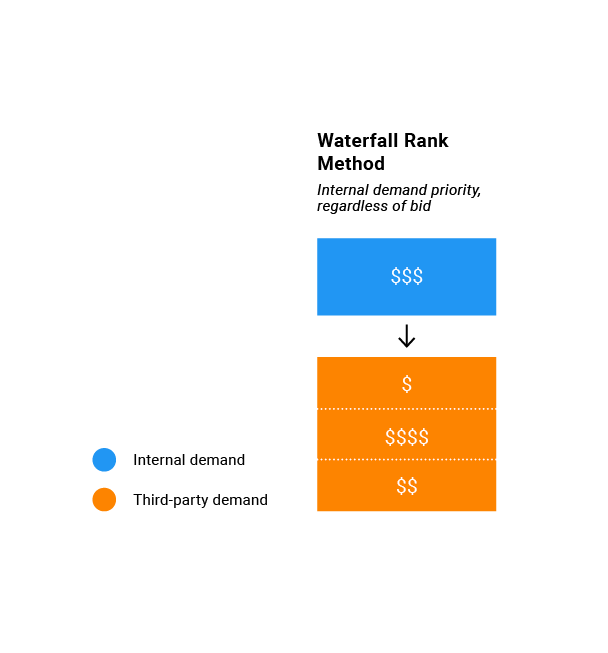 In this type of waterfall method, even when the supply team has “direct” demand, simply put, they control auction fairness, and is sometimes internally influenced by this ‘direct’ demand. When you manipulate controls to win, even for internally influenced “direct” demand, the highest value source does not necessarily win. To be independent of this influence, a demand channel needs to operate in fairness and in the best interest of the publisher.

Web: Now remember earlier, this is the same flow of all the players involved that we described earlier.

Current in-app: What’s important to note here is the way the Network/Mediator falls within the same bucket and is one in the same. Not a good combination.

With these two parties participating in a fair unified auction, publishers will have more revenue lift fueled by ads. In return, advertisers get fair results. It’s great for the advertising ecosystem and networks and mediators should embrace it.

Felix The is a strategic business transformation and analytics leader with proven capability in generating results through revenue growth, cost savings, and operational improvements.