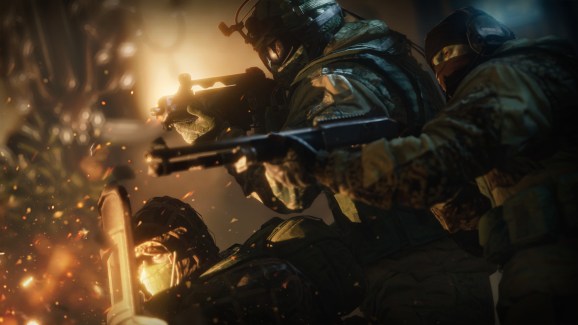 Rainbox Six: Siege was a big release for Ubisoft in 2015.

If Assassin’s Creed: Origins does well, Ubisoft could end 2017 with three or four of the biggest releases of the year. But one of the publisher’s biggest and most important hits right now actually debuted back in 2015. Tom Clancy’s Rainbow Six Siege, the online team-based military shooter, has surpassed 25 million total players, according to Ubisoft. And it has brought on 5 million of those players just since August.

Rainbow Six Siege launched December 2015 to praise from fans and critics, but it was not an immediate sales success. Grand Theft Auto V, Madden NFL 16, and Fallout 4 all outsold it during its debut month. And while Ubisoft chief executive officer Yves Guillemot predicted the game would sell more than 7 million copies because of its live services, but it has now far exceeded that estimation.

“This game will continue to live for a long time as we update with content,” Guillemot told investors during a conference call in May 2015 before Siege launched.

It turns out that he knew what we was talking about. Ubisoft has consistently added more content into the game for free. Alongside that, the publisher has charged money for cosmetic microtransactions. This has enabled the company to generate a lot of money from the game without splitting the player base up with premium-priced maps.

Those consistent updates has also helped grow the Siege esports scene. Ubisoft revealed that viewership for Rainbow Six Siege video content on the Web is up 525 percent year-over-year. It is also the No. 7 most watched game on YouTube.

Siege is an ideal example of games-as-a-service (GaaS). It has attracted a dedicated and engaged audience that plays it regularly, and the community content and word-of-mouth of those players is continually bringing in new fans. To keep those players coming back, Ubisoft is always working on the next free update. And to give fans something to engage with when they’re not playing, the Siege Pro League is strong and growing and will hold its grand finals in Sao Paulo, Brazil on November 18 and 19.

The most important piece of the GaaS strategy, though, is the regularly free updates. Ubisoft launched Operation Blood Orchid at the end of the summer with an abandoned theme-park level, and it is planning to reveal a stage set in a Seoul skyscraper as part of its upcoming Operation White Noise. These new locations give players a reason too continually come back to spend more time with the game they already purchases, and it’s up to Ubisoft to give those players a compelling reason to spend money on cosmetics to fund the development of even more updates.

At the rate that Siege is growing, it looks like it should have a healthy and lucrative year 3 and beyond.