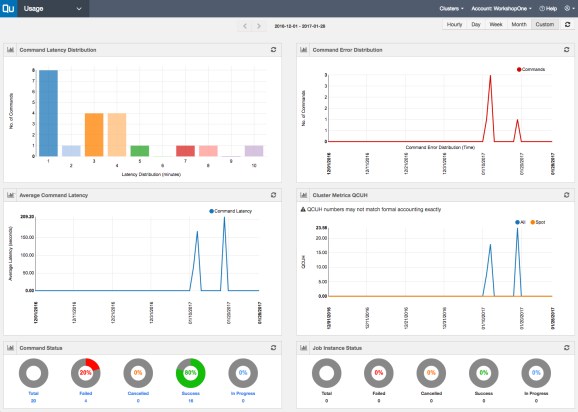 It’s possible for companies to store large amounts of information in public clouds without building their own datacenters. But they still need to process and analyze the data, which is where Qubole comes in.

“Many companies struggle with creating data lakes,” CEO Ashish Thusoo noted. His solution is providing a cloud-based infrastructure to break the raw data down without having to break it into silos.

The chief executive is well-versed in the matter, as he led a team of engineers at Facebook that focused on data infrastructure. “It gave us a front row seat of how modern enterprises should be using data,” he said.

Qubole claims to be processing nearly an exabyte of data in the cloud per month for more than 200 enterprises, which include Autodesk, Lyft, Samsung, and Under Armour. In the case of Lyft, the ride-sharing company uses Qubole to process and analyze its data for route optimization, matching drivers with customers faster.

Qubole offers a platform as a service (PaaS) that currently runs on Amazon Web Services (AWS), Microsoft Azure, and Oracle Cloud. “Google is something we’re looking at,” said Thusoo.

He said the biggest competitors in the sector include AWS, Cloudera, and Databricks, which recently closed a $140 million round of funding.

To date, Qubole has raised a total of $75 million. It plans on using the new money to further develop its product, increase sales and marketing efforts, and expand in the Asia Pacific (APAC) region.

“There is a significant opportunity for big data in the Asia Pacific region,” said Punit Chiniwalla, senior director at Singtel Innov8, in a statement.

Qubole currently employs 240 people across its offices in California, India, and Singapore.